WWUTT: The Shack vs. the Bible?

WWUTT: The Shack vs. the Bible? February 7, 2017 Christian Podcast Central

The Shack, a novel by William Paul Young, has sold over 20 million copies and has been made into a feature film. It’s about a man whose daughter was murdered, leading him to ask why a loving God would allow such evil. He goes back to the place where she died and meets God as a woman who goes by “Papa”, the Holy Spirit (also a woman) and Young’s version of Jesus.

Though The Shack is fiction, it teaches unbiblical ideas Young said he believes about God.

“The Shack is theology. But it is a theology wrapped in a story.” – William P. Young

He believes God the Father was crucified with Jesus (pg. 96) – a heresy called patripassianism that was condemned by Tertullian in the third century. The Son of God was crucified on the cross as a sacrifice for our sins absorbing the wrath of God the Father.

Young’s version of Jesus says that He’s the best way to have a relationship with God (pg 110). But the Bible says He’s the only way to God.

Jesus said to him, I am the way, and the truth, and the life. No one comes to the Father except through me.” (John 14:6)

Young’s Jesus teaches that God submits to us (pg. 145). Psalm 2 says God laughs at such pride and holds them in derision. He opposes the proud and gives grace to the humble. God submits to no one, but we are to submit to Him.

He who sits on the heavens laughs; the Lord holds them in derision. (Psalm 2:4)

“God opposes the proud but gives grace to the humble.” Submit yourselves therefore to God. (James 4:6-7)

Young’s God says that He places no expectations on us (pg. 206). But God clearly commands that we turn from our sin and obey His Son Jesus. Those who do have eternal life. Those who don’t are under His wrath.

Whoever believes in the Son has eternal life. Whoever does not obey the Son shall not see life, but the wrath of God remains on Him. (John 3:36)

Young’s God says that everyone is a child of God (pg. 118) and God has forgiven the sins of every person (pg. 225). But the Bible says only those in Christ are His adopted sons and daughters (Galatians 4:28). Those who do not believe are children of wrath and their father is the devil.

All of us also lived among them at one time, gratifying the cravings of our flesh and following its desires and thoughts. Like the rest, we were by nature deserving of wrath. (Ephesians 2:3)

Jesus said to them, “If God were your Father, you would love me, for I have come here from God. I have not come on my own; God sent me… 44 You belong to your father, the devil, and you want to carry out your father’s desires. (John 8:42,44) 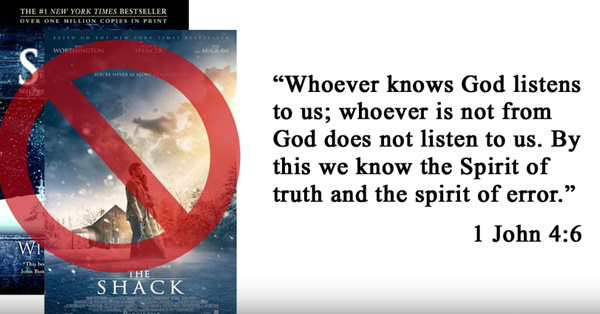 The Shack contains a false gospel and teaches only wrong things about God.

Whoever knows God listens to us; whoever is not from God does not listen to us. By this we know the Spirit of truth and the spirit of error. (1 John 4:6)

We know the spirit of truth from the Spirit of error… when we understand the text.

February 7, 2017
Ask Pastor John: Can I Be Faithful to God and Popular at School?
Next Post

February 7, 2017 First Liberty Briefing: Supreme Court Nominee Judge Gorsuch Has Solid Record on Religious Freedom
Recent Comments
0 | Leave a Comment
"fundamentalism appears in ALL religions and brings with it intolerance and contempt for 'those other ..."
Christiane Smith Brad Stine Has Issues: What It ..."
"Some of us are old enough to remember the 'evangelical' world of the 80's, when ..."
Leon C. Brad Stine Has Issues: What It ..."
"Where is the Christian 'god' when persecution arises?https://friendlyatheist.pat..."
Christian Sovereign Artsakh: Stop All Forms Of ..."
"No one says women can't be successful unless they have an abortion. Most of the ..."
Maine_Skeptic Life Grounded: Women, Abortion and Success
Browse Our Archives
get the latest from
Christian Podcast Central
Sign up for our newsletter
POPULAR AT PATHEOS Evangelical
1 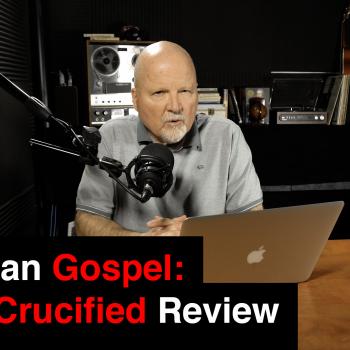 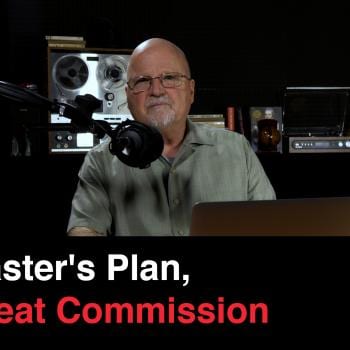