We say it often: ideas have consequences; bad ideas have victims. And a certain, consistent Princeton bioethicist continues to show just how true that is.

How do we know what’s right? Great minds have wrestled with that question for much of history. Is it doing our duty regardless of the consequences? Is it doing whatever a virtuous person would do? Is it doing what brings the most happiness to the most people?

That last option—the greatest good for the greatest number—is the basic premise behind an ethical theory called “utilitarianism,” whose main champion today is Princeton Professor Peter Singer. In his book, “Practical Ethics,” he presses this logic to chilling, yet consistent, conclusions, arguing, for example, that killing babies who are born disabled is not only acceptable, but may be morally necessary. Why? Singer believes the happiness of able-bodied persons trumps the rights of those with disabilities. Such beliefs are horrifying enough in the classroom, but they rarely stay there.

Enter Rutgers ethicist Anna Stubblefield, who, in 2015, was convicted of aggravated sexual assault and sentenced to twelve years in prison. Her victim, a thirty-year-old man with cerebral palsy, identified as “D.J.,” has never spoken a word in his life, and is dependent on caregivers for his basic needs.

Using a controversial technique known as “facilitated communication,” Stubblefield claims she helped D.J. break his lifelong silence by supporting his hands as he typed on a keyboard. Eventually, D.J.’s family came to believe he had the mental capacity of an adult, and even enrolled him in college courses.

Then Stubblefield made an announcement to D.J.’s family that changed everything: “We’re in love.” Believing she had received D.J.’s consent via facilitated communication, the married Stubblefield consummated a romantic relationship with this disabled man. A New Jersey jury decided that the act constituted sexual assault.

In response, in a recent op-ed at the New York Times, Peter Singer and Jeff McMahan argue that Stubblefield’s 12-year sentence is too harsh and that D.J. was capable of more communication than the judge or jury give him credit for. But their next argument is truly horrifying.

They go on to claim that D.J. probably enjoyed the experience, so it wasn’t that monstrous of a crime. In other words, because those with profound disabilities can’t fully comprehend what’s happening, assaulting them isn’t the same as assaulting a person in possession of full mental faculties.

Now, let me be clear: This reasoning is fully consistent with Singer’s utilitarian ethics, which teaches that net happiness—not objective concepts like human rights, dignity, or duty—is the standard of right and wrong. And this story shows why ideas like this are so much more than academic debates.

Utilitarian reasoning justifies all numbers of atrocities, from experimenting on prisoners in order to advance medicine, to harvesting vulnerable people’s organs to help others. In fact, this logic has been used to justify eugenics and forced sterilization, and is used today to defend abortion and euthanasia.

In contrast, Christianity teaches the intrinsic and equal value of every human person, regardless of physical or mental abilities. This idea, rooted in the image of God, means that a man with disabilities who’s never spoken a word is no less valuable than a university professor like Singer. And crimes against him are no less reprehensible.

Again, ideas matter. They have consequences. And bad ideas have victims. That’s why I care about this whole worldview thing, and that’s why we’ve got to speak out against the moral reasoning of thinkers like Singer. Because the ones who will pay the highest price often can’t speak for themselves.

By Colson Center for Christian Worldview. Discovered by Christian Podcast Central and our community — copyright is owned by the publisher, not e2 media network, and audio is streamed directly from their servers.

Who is the Victim in the Anna Stubblefield Case?

The Strange Case of Anna Stubblefield

April 20, 2017 WWUTT: Easter is a Pagan Holiday?
Recent Comments
0 | Leave a Comment
"Does the terminally unfunny Stine mention how hundreds of right-wing evangelical fascists tried to destroy ..."
Jeffrey Brad Stine Has Issues: How “The ..."
"This reminds me of the time Stine's mom told him she'd rescue her battery-operated ladies' ..."
John (not McCain) Brad Stine Has Issues: Dear People ..."
"Brad Steine: another bitter grievance-mongering Bible-thumper who hates freedom."
Wolf of Odin Brad Stine Has Issues: Lies and ..."
"some wisdom from another branch of the family:""I do not believe that just because you ..."
Christiane Smith Brad Stine Has Issues: Pro-Life VS ..."
Browse Our Archives
get the latest from
Christian Podcast Central
Sign up for our newsletter
POPULAR AT PATHEOS Evangelical
1 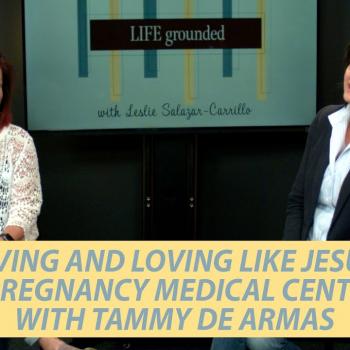