Sovereign Artsakh: What A Biden Presidency Means For Artsakh

What A Biden Presidency Means For Artsakh

But, this this video is not about that. But, there are concerns because we are… Tradition. Let’s just say there is never an actual president-elect until the certification of the electors. So, our process is not a popular vote. It’s not the most votes wins. It’s the States – the most state electors.

The President is voted by the electors, not the the people. And, those electors don’t cast their votes until December 14th. And, maybe internationally, people have no grasp on that and what that means. But, that is our Constitutional process. And the reason people use the term “President-elect…

Why am I talking about this? I’ll get how it relates to sovereignty for Artsakh. I’m talking about this for a reason. The reason I’m talking about the U.S. Presidency is: I’m kind of a political junkie. I kind of follow that stuff. I mean. I do follow it and I don’t know what the actual outcome is going to be. I had a commenter on one of the videos asking, “Will Biden be good for Artsakh  in Armenia?” And, I’m  going to do more on this later. We actually don’t know if Biden is going to be the President. It looks that way. It seems that way. And the media is already calling him President-elect. But, he’s not until Donald Trump concedes or until the electors cast their vote. There is no President-elect. There just isn’t. Donald Trump is the President of the United States as of the recording of this video, and Joe Biden apparently got more votes in the states he needed to get them. But, we have a process in the United states called the Justice System. And, if there were illegalities or irregularities or fraudulent activity that could legitimately affect the outcome, then it can be pursued. It’s the right thing to do if it’s glaring, if it’s obvious, and if there’s evidence. And so, Donald Trump is the President. He can use everything in his power to assure that. And it should be everyone’s desire, if corruption and fraud has been detected, everyone should want to know the results. So, before I talk about if Biden will be good for Armenia Artsakh, I want to make that clear:  that’s not a foregone conclusion. It’s a likelihood, but not a foregone conclusion. Also, one of the things the current President, President Trump did… one of his great claims of success is he’s appointed more judges than any other President, He’s appointed more judges at all levels to the courts. There were vacancies – and there shouldn’t be vacancies, and every president leaves vacancies when they go out of office – and he’s done his best to fill those vacancies. And so, that being said, multiple lawsuits being filed could go his way if those judges are partisan, or if those legal claims or disputes are proven by the letter of the law. The types of judges that trump tends to appoint are Constitutionalists: those who are Originalists. Originalists that believe that the Constitution is the law of the land and don’t manipulate it.

So, my thoughts about a Biden Presidency and how that will affect Artsakh: Well, we don’t really know what is in store. We don’t have any idea what biden will do, because he’s not really done much in 47 years. And, some of the things that were hailed as successes for him in the past, he’s changed. There was a criminal justice reform that he passed and championed decades ago that became an albatross around his neck in this election. So, he turned against it saying it was the wrong thing to do.

And, there’s a lot of politicians – not all of them, but a lot of them – will change their stance just to get votes. So, you don’t know where he really stands. And that’s part of the problem. He didn’t really campaign. The majority of Biden’s statements that he made were: “Trump botched the coronavirus response.” Okay. That’s not a policy. Whether he did or didn’t, you’re not telling us what you would do. Everything I hear Biden saying is, “We’re gonna fight the coronavirus!” And, he would just restate things that Trump has been doing in that regard.

But, as far as policy in other regards – foreign policies, I’ve heard even some of his own colleagues on his side of the aisle say Biden’s foreign policy is one of his weak points. Also, he has a diminished capacity. I’m not saying he’s incapable of doing anything. But, it’s what’s called “sun setting”. His

cognitive abilities, his ability to multitask or even grasp complex ideas or make difficult decisions…

If he becomes President, I don’t think he’ll be making most of the decisions. I honestly think we don’t know who will or who’s been making the decisions in this campaign: For him not to go out and campaign, for him not to take stances, for him to avoid certain topics altogether.

So, if Biden does end up being the President, I think it is the worst case scenario for Arsakh in Armenia. Not because he will do anything bad,  but that he won’t give any energy or attention to it.

But that’s just a speculation.

I could be totally wrong. There are people on both sides of the aisle that understand this issue. I know Nancy Pelosi and Adam Schiff have been on this, and Devin Nunes on the Republican side. So,, there’s plenty of bipartisan support for this. But, going all the way to the top to the President…

Here’s bottom line, if Biden winds up as President, he’s going to face exactly what Trump faced in his first term: impeachment, criminal investigation. He’s going to face all of those things. And the Mueller Report came out saying there was no collusion between Trump and Russia. There was none. But, there’s quite a bit of evidence that Biden was in collusion with some foreign powers.

I’m going to leave that there.

But, that may totally distract him and totally undermine any productivity. It hurt Trump – being attacked,  targeted, sued and investigated. He wasn’t as productive as he wanted to be. And I imagine it’ll be the same, just from the other side.

It’s fair play. They did it to Trump. The Republicans will say , “Well, we’re going to do it to Biden.”

You could say that the Democrats set precedent for it.

There are some things that are a bad sign for Armenia. There are portents of what genocide looks like. I see some signs. 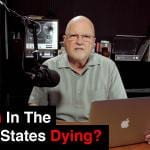 November 30, 2020
Is The Church In The United States Dying? | What You've Been Searching For
Next Post

December 1, 2020 Life Grounded: The Abortion Minded Woman
Recent Comments
0 | Leave a Comment
"Does the terminally unfunny Stine mention how hundreds of right-wing evangelical fascists tried to destroy ..."
Jeffrey Brad Stine Has Issues: How “The ..."
"This reminds me of the time Stine's mom told him she'd rescue her battery-operated ladies' ..."
John (not McCain) Brad Stine Has Issues: Dear People ..."
"Brad Steine: another bitter grievance-mongering Bible-thumper who hates freedom."
Wolf of Odin Brad Stine Has Issues: Lies and ..."
"some wisdom from another branch of the family:""I do not believe that just because you ..."
Christiane Smith Brad Stine Has Issues: Pro-Life VS ..."
Browse Our Archives
get the latest from
Christian Podcast Central
Sign up for our newsletter
POPULAR AT PATHEOS Evangelical
1 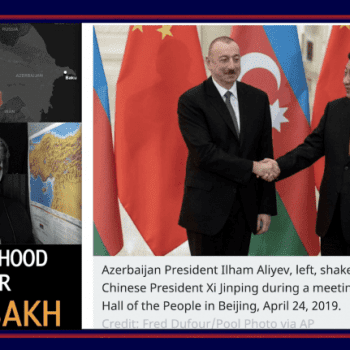