Sovereign Artsakh: Genocide In Artsakh By Turks And Azerbaijanis

Genocide In Artsakh By Turks And Azerbaijanis

I’m going to show you visual proof of a current ongoing genocide.

Just so you know, I’m not going to be showing dead bodies in this episode. But, I am going to be clarifying for all  of my detractors out there – my generally Turkish Azeri and Turkish Azeri sympathizer detractors who say that by throwing around this word “genocide”, I don’t understand what it means. But, I will clarify for you what it means here in a minute. We’ll go through the definition of genocide.

But first, I want to show you this video that I stumbled across. It’s a visual time scale. Basically, it shows the genocide in Nagorno-Karabakh, ticking down the days. You can’t see the days ticking down, but I’ll show you what I mean. And, I don’t know why this video starts with the Azerbaijan flag. But, I’ll kind of talk through it.

It explains that this war was going on. And then, we get to the video where it shows Azerbaijan gaining territory from Armenia – eating away at it.

This is a genocide taking place. People are dying: combatants and civilians.

This is the erasure of Armenians. Of Armenia. Of traditional historic Armenian Territory. Since September 27th, we’ve witnessed a genocide take place – a continuation of an ongoing genocide.

I want to rewind in history a little bit. Here is a map of the Middle East. You see the red outlines up here, which are internationally recognized borders. This is a map showing current day Turkey. And, this red outline from north west of Istanbul, all the way over to where Armenia starts. Then you have modern day Armenia. Then you have Azerbaijan. Down here is Iran, Iraq, and Syria. Georgia to the north, and then Russia up higher.

The yellow in the left corner is Armenia today. And the pink shaded area, which includes the green, is land being claimed by the Armenian lobby. This is actually land that was included in the Treaty of Sevres… that was never ratified, but after World War I, Armenia should have gotten a good bulk of this land.

Now on this other map over here, what you see is a green outline and a red outline. And, historically, at different times, all of this was Armenia. Today, it’s just this purple outline. But,

going back to this map you can see that all of this territory at one point was Armenia. What’s in green here is land offered to Armenians by James Bryce in 1878.

So, as you can see, modern day Armenia is tiny. It’s like one-tenth of this territory which was actually offered in the Treaty of Sevres.

Who the heck is James Bryce?

I’ll just read a quote from him:

“Speaking roughly, one may say that it [Armenia] extends from Trebezone on the Black Sea to Tabriz in Persia and from Delijan in the northeast to near Diarbekir on the south west. This would give it (an Armenian state) about 350 miles in length by 250 miles in breadth.” – James Bryce

I looked him up. He was the British Ambassador to the United States. We’ll go into the history of all that. But it is to say that all of this territory, historically, has been recognized, even by the international community, as Armenian, as Armenia’s homeland, as their territory, as the place that should have always been a country – a nation – called Armenia.

Look at it today. It’s Turkey.

So, that map of the disappearing Armenian territory in this current conflict is reflected historically in these two maps that i just showed you. This was Armenia. This is what always should have been Armenia. And, this is what Armenia is today: a tiny little fraction of what it’s supposed to be.

And, it’s continuing. This region is disappearing.

Azerbaijan and Turkey do not intend to stop at the borders of Armenia. They want to eliminate Nagorno-Karabakh entirely. And eventually Armenia, if they have their way.

Genocide. What is genocide?

Genocide is not just killing.

All of you detractors of mine… “You use that word, ‘genocide’. What about our people who are killed?” Blah, blah, blah… Genocide is not just the killing of people.

Let’s go to the United Nations’ definition from www.UN.org: Genocide –

Elements of the Crime:

“The Genocide Convention establishes in Article 1 that the crime of genocide may take place in the context of an armed conflict, international or non-international, but also in the context of a peaceful situation. The latter is less common but still possible. The same article establishes the obligation of the contracting parties to prevent and to punish the crime of genocide.”

I repeatedly cite the destruction of religious holy sites, ancient cultural milestones and landmarks as being destroyed by the Azerbaijanis and by the Turks – the sacred sites of Armenia. That’s not just hooliganism. It’s a concerted effort to erase a culture.

“The popular understanding of what constitutes genocide tends to be broader than the context of the norm under international law. ArticleII of the Genocide Convention contains a narrow definition of the crime of genocide, which includes two main elements:

This kind of undermines the whole notion of genocide. There’s a whole lot of Turks with Armenian blood. They’ve transferred children. In 1915 to 1923, the young girls of the Armenians that they massacred have now become their grandmothers and great-grandmothers. So, they have Armenian blood.

Now, I want to finish with this: The first main element of the crime of genocide, as described by the United Nations:

The mental element of genocide is the intent. It’s what’s happening right now. The intent to wipe out, in whole or in part.

End of discussion. It is a genocide. 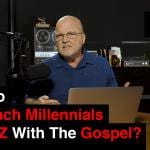 December 14, 2020
How Do We Reach Millennials & Gen-Z With The Gospel? Part 1 | What You’ve Been Searching For
Next Post 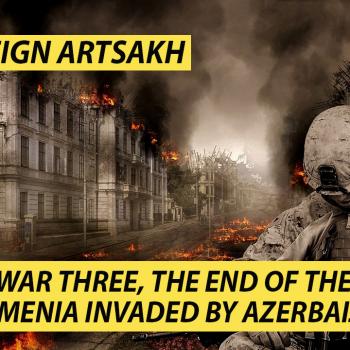