The History Of Islam

So the first thing you need to know is Islam’s origins, how it started. Islam began in the 7th century, in Saudi Arabia, what is today Saudi Arabia. It wasn’t Saudi Arabia then because the Saud family didn’t even exist. It was the Arabian Peninsula. Now what I’m going to tell you actually, I want to put a little asterisk by this. This Islamic history I’m about to give you, comes from almost exclusively Islamic sources. Okay? And those sources are traditions that were largely oral at first. For the first 200 years of Islam, the traditions were largely oral. There was no real script or no complicated or set system for writing these things down until 200 years after Muhammad, the prophet of Islam’s, death.

So many scholars are now beginning to question whether we know anything about early Islam, beyond these traditions that don’t have a lot of textual evidence early on. And you can study that stuff left and right, but this is going to be sort of the standard history of Islam. I’m going to go quickly through it, because I think there’s more important material to cover than just some of these rote fats.

But it began in about 7th century Saudi Arabia during in a pagan religious culture called the Jahiliyya. It’s now called the Jahiliyya. They didn’t call it that then. Jahiliyya is an Arabic word. It literally means the ignorance, or the age of ignorance, or the age of idolatry. Doesn’t mean idolatry, it just means ignorance, but it was marked by an age of idolatry. The pagan Arabs, those in the Arabian Peninsula, worshipped many different kinds of gods. There were henotheists or polytheists. You name it, they were there.

They worshiped all kinds of gods. And they were involved in caravan raids and constant wars. And female infanticide was rampant, because having a firstborn boy was considered an honorable thing. You had to have a firstborn boy. And if he didn’t have a first born boy, and you had a firstborn girl, you buried her alive in the sand as a sort of hiding my shame kind of a thing. That was rampant in Arabia at the time.

And along comes this man named Muhammad. Muhammad was an orphan, essentially, raised by an uncle. And he was, according to Muslim traditions, a monotheist. There were monotheists there. In fact, in this age of ignorance, there actually were Christians and Jews, Arabian Christians, Arabian Jews who lived in the Arabian Peninsula. They largely kept to themselves, not very missions-minded at all. And they didn’t really interact with the pagans in any real impactful way, by this time. They had before this, but not by this time.

But Muhammad was a monotheist, and he would often sort of retreat to these desolate locations in these caves where he would ponder God’s existence, and social issues, and all these things. He was considered a very sort of spiritually advanced man for his time, and certainly for his context. And he goes to a cave. This is a picture of the cave at Mount Hira. Hira, H-I-R-A. Mount Hira is the mountain where Muhammad would retreat often and meditate, and pray and talk to God as it were.

And in 610 A.D. Muhammad claims to have received his first revelation of the Koran, which is the Holy Book of the Muslims. Now that word Koran is interesting because it’s an Arabic word that literally means the recitation, because Muhammad claimed that the Koran isn’t the inspired word of God. It is the dictated or recited word of God, that he was grabbed ahold of by an angel, the Archangel Gabriel. And Gabriel grabbed ahold of him, shook him violently, and would say the words [foreign language 00:04:22]. [foreign language 00:04:22] is a command. Recite, recite in the name of your Lord. And Muhammad doesn’t know what’s going on and he’s freaking out and he’s panicking. Some traditions say that he thought he was going insane. Other traditions say that he thought he was possessed.

And so he left that cave because he got shaken by this angel to recite in the name of his Lord. He doesn’t know what this is. So he runs back home and he’s married now to a woman named Khadija, K-H-A-D-I-J-A if you’re keeping score. And how you spell, Huh, K-H. His wife Khadija, who was older than him by 20 years, she’s a very wealthy caravan owner and he is going to manage her caravans.

What’s interesting is that during her lifetime, during Khadija’s lifetime, Muhammad never married one other woman. You know, polygamy was very rampant in Arabia in those times, and of course Islam allows polygamy. But during her lifetime, Muhammad never married one other woman. He was very much in love with Khadija. So he trusted her. So he comes to her and he says, “Khadija, this is what happened to me. And I’m terrified.” And she says, “Maybe this is from God.” And they consult with a few other people, including one of her relatives who happens to be a Christian. And he says, “This could be a prophecy. Go back to the cave, go back to the cave. I know you’re afraid. Go back to the cave.”

So he goes back to the cave and he’s fearful of it, but over the next 23 years, he would have these…. Not just in this cave, but in different places as well, he would have these trance-like states where he’d break out into cold sweats. He would close his eyes. Sometimes he’d foam at the mouth, and do sort of weird physical manifestations of this. And then he would spout off what the Koran was. He claimed the Archangel Gabriel was telling him God’s specific words. So God would tell Gabriel. Gabriel would tell Muhammad. And Muhammad would spit it out.

So you don’t see Muhammad’s personality, according to Muslims, in the Koran. It’s not the inspired word. It’s the dictated word. He’s just saying what he’s hearing in his ear. It will come to him sometimes as a loud ringing of bells sound, and it would just sort of almost paralyze him in certain ways. And so it was very hard on him according to him.

So over the 23 years, 114 surahs, or chapters, of the Koran were revealed. Surahs are chapters of the Koran. The Koran is itself about as long as the New Testament, in terms of the number of words, and it’s comprised of 114 chapters. And those chapters are not in any kind of order. They’re sort of compiled much later, after Muhammad’s death, in a sort of biggest to smallest chapter order.

In fact, one of the most important chapters of the Koran is the 112th chapter of the Koran. Every Muslim memorizes this chapter. It’s about, I’d say what, seven lines long. It’s very short chapter, but it’s one of the most important ones. The longest one being 200 something versus. So it doesn’t have any chronological order to it whatsoever. Just sort of this biggest to smallest kind of order. And not always that way. It’s sort of haphazard. So that happen, and Muhammad starts to gain some following. But in Mecca, the town, he was born in, and the town he lived in, there was this pagan culture. Like I said they were coming to worship their gods. Mecca has, you’ve seen this big black cube? Have you seen this in the news or whatever? It’s called the Kaaba, K-A-A-B-A. The Kaaba is the central place where Muslims come from all over the world to have their pilgrimage, which I’ll get to in a moment.

But at the Kaaba before Islam sort of originated, the polytheists were coming to worship their gods. They’d have their pilgrimage to Mecca, worship their many different gods there. And the Meccan merchants were selling them their gods, or selling them trinkets, or selling them whatever it was. They were making money off the hotels essentially. They were making money off of the food. Tons of business based on this pilgrimage for the polytheists.

But along comes Muhammad saying, “There’s only one God.” There’s only one God. These other gods are false gods. And he starts to get very, very popular. Now, he doesn’t get popular in the terms of having a lot of followers. He doesn’t have a lot of followers at first. But he becomes popular in that people are listening to him, and some are getting mad. Some are fine with it, but many are getting mad at him. And the Meccans don’t like it because he’s taking away from their livelihood. As people are starting to convert or whatever it might be, they’re losing money.

So they begin to persecute him and his small band of followers. And that’s when he leaves. He leaves Mecca in a thing called the Hejira, H-E-J-I-R-A. This is actually one of the most important events in Islam. It’s called the Hejira. It’s the flight of Muhammad from Mecca to account town called Yathrib, which is today called Medina.

It was called Yathrib then. It’s called Medina now. Medina is an Arabic word that literally means “the city” as in the city of the prophet, because he got so popular there that he took it over. That flight is so important in Islam that the Muslims actually mark their calendar by the year Muhammad left Mecca for Medina. That’s why they have a calendar that says something like 1400 and whatever AH, After Hejira, or after [inaudible 00:10:10]. That’s their calendar. It’s an important part because that’s when Muhammad began to get his influence, and Islam really began to take off. 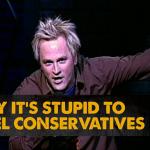 March 12, 2021
Brad Stine Has Issues: Why It's Stupid To 'Cancel' Conservatives
Next Post 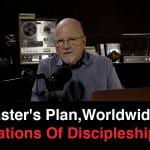 March 16, 2021 Worldwide Implications Of Discipleship | What You’ve Been Searching For
Recent Comments
0 | Leave a Comment
"fundamentalism appears in ALL religions and brings with it intolerance and contempt for 'those other ..."
Christiane Smith Brad Stine Has Issues: What It ..."
"Some of us are old enough to remember the 'evangelical' world of the 80's, when ..."
Leon C. Brad Stine Has Issues: What It ..."
"Where is the Christian 'god' when persecution arises?https://friendlyatheist.pat..."
Christian Sovereign Artsakh: Stop All Forms Of ..."
"No one says women can't be successful unless they have an abortion. Most of the ..."
Maine_Skeptic Life Grounded: Women, Abortion and Success
Browse Our Archives
get the latest from
Christian Podcast Central
Sign up for our newsletter
POPULAR AT PATHEOS Evangelical
1 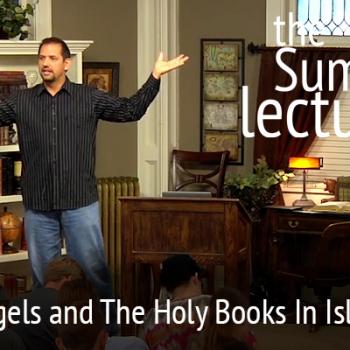 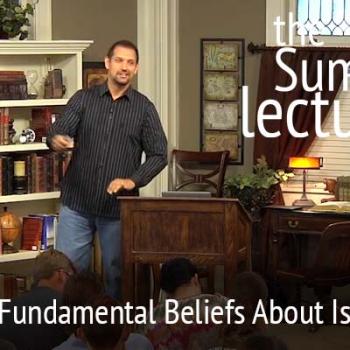 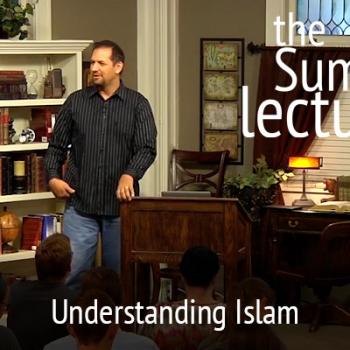 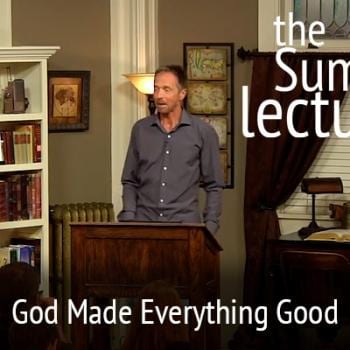