We See God (Who Is Love) By Love

Patheos Explore the world's faith through different perspectives on religion and spirituality! Patheos has the views of the prevalent religions and spiritualities of the world.
“Grace is, as it were, a participation in the divine nature. That is the definition always quoted by theologians,” wrote Cardinal Charles Journet.

When participating in the Divine science as when participating in the Divine life, not falling prey to the contempt of familiarity can pose a significant challenge. It is all very well to love God, but if we don’t know Him at least in some way by means of infused or natural knowledge (given revelation, of course), then we aren’t really loving Him, but only a figment of our imagination. You can’t love someone you don’t know, for all you might want to wish them well.

And yet, as we learn definitions and propositions that follow from Divine Revelation, our familiarity with the ideas that hold the seeds of doctrine, ideas like “God is” or “God is a Trinity” or “Grace is a participation” can far too easily become the route utterings of a child. I remember singing “gloria in excelsis Deo” as a small child, later learning each of those words as Latin vocabulary, and only realizing the content of what I had sung Christmas caroling with my friends in college. So it’s never a bad idea to return from the heights of arguments about “hylomorphism and the hermeneutics of whatever”* and rethink through what those definitions say.

So, let us look into grace, what the theologians define as “a participation in Divine nature.”

The first thing to remind ourselves of is this: “What eye has not seen, and ear has not heard, and what has not entered the human heart, what God has prepared for those who love him” (1 Corinthians 2:9).  God is complete, perfect, without need in His Trinity. And yet He creates, and that act of creation is a completely free act which comes about because, as the philosopher Charles De Koninck wrote, “ the good as such is diffusive.” St. John Paul II explained God’s creation in the following words:

The creation is the work of the Triune God. The world, “created” in the Word-Son, is “returned”  together with the Son to the Father, through the Uncreated Gift, consubstantial with both, which is the Holy Spirit. In this way the world is “created” in that Love, which is the Spirit of the Father and of the Son. This universe embraced by eternal Love begins to exist in the instant chosen by the Trinity as the beginning of time.

Thus the creation of the world is the work of Love. The universe, a created gift, gushes forth from the Uncreated Gift, from reciprocal Love of the Father and of the Son, from the Most Holy Trinity.**

The world is for this one reason: God loved and continues to love it. But returning to the story of creation and everything else, Genesis Chapter 3 tells us that this whole God loving nature and nature loving God in return thing gets complicated, what with the snakes and fruit and blaming and shaming and killing and flooding and family dysfunction and all. And after humanity proceeds to spend a couple thousand years demonstrating how exceptionally excellent we are at really acting against that whole Imago Dei thing, something wonderful happens. See, despite all the killing and raping and sacrificing infants and general chaos we made, God was leading all of humanity to this particular instant in time where He could offer us a completely different trajectory. Then Pope Benedict wrote in Deus Est Caritas that

So great is God’s love for man that by becoming man he follows him even into death, and so reconciles justice and love.

The result of this reconciliation is not only our redemption, but our union to Christ as members of His Body. Consequently, we are raised to an end beyond our nature to a supernatural end of knowing (and so loving) God full just as we have been full known (and so loved) by Him.

God’s love for us is the only reason we can even talk about having  “a participation in the Divine nature.” Participating in Divine nature is something none of us, as we are created, can do, and cannot do on our own power. To obtain this end, we need the ability to obtain that end. But to know God in His Trinity belongs to God in His Trinity; human reason alone cannot pierce the inner life of God. In fact, if we take only the idea that “like knows like” (that the mind must conform to the thing it seeks to know in order to know it), sometimes popularly expressed as “it takes one to know one,” we need the Divine nature to know and love the Divine nature.

Christ gives us this seed of the doctrine of grace when he teaches his disciples that “whoever receives the one I send receives me, and whoever receives me receives the one who sent me.” Christ, Who unites us to Himself as members of His Mystical Body, sends us the Holy Spirit. In explaining what the Holy Spirit does when sent, St. Thomas Aquinas has recourse to the Doctor of Grace, citing St. Augustine from De Spir. et Lit. (xxi) that “”What else are the Divine laws written by God Himself on our hearts, but the very presence of His Holy Spirit?”” These divine laws are not merely proclaimed laws, something we know, but transformative laws, giving us the ability to do those things contained in the New Law: to love the Lord our God with our heart, soul, mind, and strength, and to love our neighbor as ourselves.

This participation Divine nature does not eradicate our human nature nor does it destroy our actions. Rather, the Holy Spirit dwelling in us makes us able to “love [God], as He is the object of beatitude, and inasmuch as man has a spiritual fellowship with God” (ST I-II.109.3 c): to act according to the theological virtue of charity, or caritas. This virtue, which directs man to union with God in His Trinity as our highest good “cannot be caused by human acts, the principle of which is reason, but is produced in us by the Divine operation alone” (ST. I-II.63.2 c). For in the end, to be given a participation in the Divine nature, to be given grace, is to be given the ability and opportunity to know and love God in His Trinity and to be known and loved by Him in His Trinity through Christ for all eternity.

For a post TL/DR wrap up, I’d like to turn to Matthew Levering’s commentary on St. Augustine’s Homilies on the First Epistle of John, from his excellent work The Theology of Augustine. Levering writes that:

The beauty of the soul consists in its love. In becoming human, and dying on the cross, Jesus Christ took on our ugliness so as to reveal the beauty of his charity. When we love the beautiful Lord, we become like him. To boast in our own beauty, however, would destroy it. Rather we can be beautiful only by keeping our eyes on the beautiful God. In loving God, we love the one who loves sinners so as to make them good…We see God (who is love) by love.

If you’re interested in a pretty solid overview of the initial issues and questions that arise about grace, my friend John Hall wrote some excellent thoughts up over at Mountain Catholic. He says stuff like: “God, being the source of all goodness, will fulfill every desire and eliminate all sorrow to be sure, but heaven is nothing other than personal and intimate union with the source of goodness, truth, and beauty Himself.” So go check it out.

*This would also be an excellent band name kids: Hylomorph and the Hermeneutics of Whatever. Make it happen.

**My Italian is all but nonexistent, and so I used google translate and an Italian dictionary to attempt to muddle it out. The original Italian is here, in case someone wants to translate and correct it: 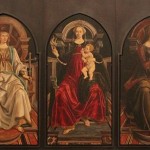 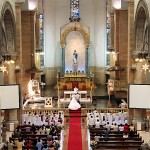 June 23, 2016 Valid Marriages and Sacraments: Honest Deeds, Honest Words, and True Things
Recent Comments
0 | Leave a Comment
Browse Our Archives
get the latest from
Catholic
Sign up for our newsletter
POPULAR AT PATHEOS Catholic
1 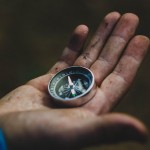