Like other Blade Runner geeks, I am eagerly awaiting the sequel to the dystopian sci-fi movie slated for this coming October. But when I recently re-watched the original film, I suddenly realized that climate change was written all over it. 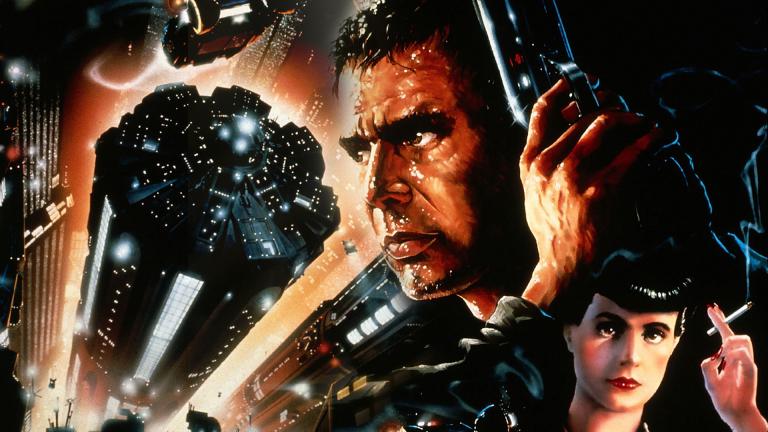 I was 11 when Blade Runner was released in 1982. Over the years I have studied all aspects of the movie, from the lush synthetic music by Vangelis, to the tightly-written script, to the behind-the-scenes documentary.  The film, loosely based on Philip K. Dick’s novel, Do Androids Dream of Electric Sheep, was ahead of its time in terms of the way it envisioned the rise of artificial intelligence and the use of technology such as video-phones and computers for forensic investigations. (I remember being blown away watching the main character Deckard [Harrison Ford], zoom in on a photograph to find hidden details – something we do with a mere finger-swipe today.)

But when I recently watched the movie with friends in preparation for Blade Runner 2049’s release, I realized that the film was even more prescient than I thought.  Especially in light of my work as an ecotheologian and climate/environmental activist, watching the movie takes on an even more ominous tone for me.  I realize that Blade Runner was, in fact, a prototype of #cli-fi, climate fiction, and its futuristic vision has become future-present reality.

Set in 2019 Los Angeles, director Ridley Scott’s film-scape is eerily prophetic of the kinds of issues we are dealing with now in 2017 when the climate crisis is approaching irreversible levels.   The movie begins with the camera panning in on a city enshrouded by smog-stained clouds that muddy the sun and dump perpetual rain on the decrepit city.  (As we know from climate science – the warmer the atmosphere, the more moisture it absorbs, which results in deluges of rain.)

As the rains fall, towers of flaming gas erupt into the sky, reminding me of the flare stacks I’ve seen at fracking fields and gas refineries.  According to the movie’s dismal vision, humanity never makes the transition to clean energy technologies, their fossil fuels continuing to fill the atmosphere with heat-trapping methane and carbon dioxide.

Today, even while the cost of clean energy continues to drop and we’re seeing more solar panels and wind turbines, fossil fuels continue to fill 80% of US energy demands.  And the current Republican administration pushes relentlessly and criminally for increased drilling, fracking, and mining. So Blade Runner’s Los Angeles – a polluted and dripping city, awash in neon lights and the detritus of humanity – stands as a cautionary vision of what lies ahead if the transition to clean energy does not happen, or happen fast enough to avoid the worst effects of climate change.

“A new life awaits you in the Off-World colonies.”

According to the movie’s narrative, many humans have already escaped the dying planet to populate Off-World colonies.  In reality, while we have not yet approached interstellar migration, it is interesting to note that Stephen Hawking recommends this strategy as one of the only hopes left for humanity’s survival.  In the movie, this emigration is made possible because of the Replicants (androids) created to do the hard labor required in the hostile environments of the Off-World.

The premise of the movie is that a group of NEXUS-6 Replicants develop self-consciousness and escape their imprisonment.  After murdering their captors, they steal a ship and return to Earth to infiltrate the Tyrell Corporation, the company that created them.  Their goal is to find a way to extend their lives beyond their pre-programmed four-year limit.  Deckard, a member of the Blade Runner unit in the LA police department, is dispatched to kill the “illegal” Replicants before their presence is discovered by the general population. 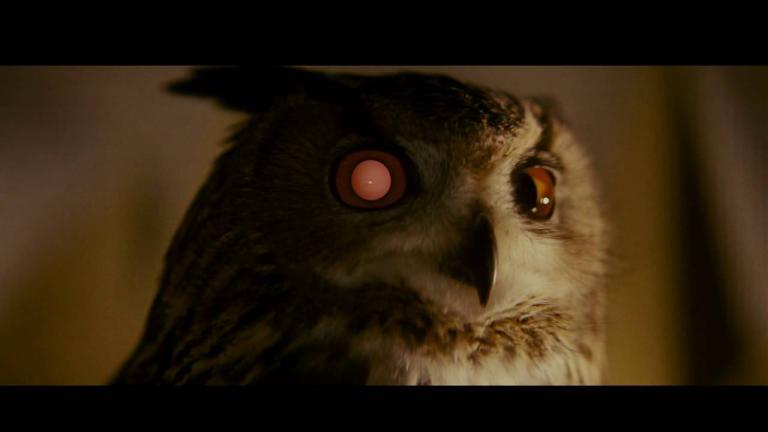 When he pays a visit to the Tyrell Corporation to test one of the Replicants, Deckard has an exchange with a woman named Rachael which reveals even more bleak details about this futuristic world.  Standing in the great hall of Eldon Tyrell, the company’s founder and genius brain-engineer, Deckard watches an owl take flight across the room.

“Do you like our owl?” asks Rachael (Tyrell’s niece) as she enters the room.

The skies, lands, and seas have become so toxic, and humanity has wiped out so many species, that Earth has been rendered uninhabitable for any creatures save for humans, rats, and bugs. (Watch for the rats scrounging for food on J.F. Sebastian’s table later in the movie, and Deckard pulling a bug out of his mouth from his drink at the bar.)   This is a planet that is absent any greenery and devoid of anything but manufactured life.

Later, in the apartment of one of the Replicants, Deckard finds a tiny translucent scale from some kind of creature, perhaps a fish or reptile. He takes it to a shop where artificial animals line the windows in cages.  The shop owner peers through her electron microscope to determine what kind of creature the scale belongs to.  On the screen she sees a serial number inscribed on one of the cells.  “Finest quality.  Superior workmanship,” she murmurs, and announces that it comes from a snake. 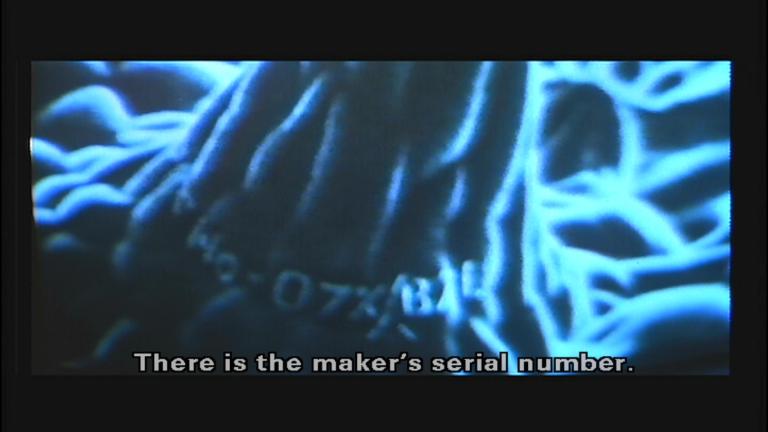 I thought of recent advances in CRISPR genetic design, nanotechnology, and the cloning of Dolly the Sheep, and the ethical issues such genetic engineering entails.  I thought of corporate agri-giant Monsanto and their genetically-modified (GMO) seeds.  Acres upon acres of fields are filled with their super-seeds, and when neighboring non-GMO farmer’s crops inadvertently cross-pollinate with Monsanto seeds, the farmers are sued for patent infringement. This forces the farmers either into subservience or financial ruin.

While I am in awe of humanity’s ability to plumb the depths of genetic engineering and the potential good that may result, I must admit: there is something terrifying to me about the ability and audacity to patent genetic code and use it for commercial purposes.  Such god-like power over the very essence of life is so very dangerous.  There are unintended consequences that are almost certain to backfire on our desire for control over the fundamentals of life itself.

In Blade Runner, those consequences become real in the form of the NEXUS-6 Replicants. “More human than human,” is the Tyrell Corporation’s motto for the humanoid androids they create.  But the desire to manufacture life is not driven by the divine creativity of tov (goodness) found in the biblical creation story of Genesis.

No, rather: “Commerce is our goal here,” Eldon Tyrell explains to Deckard.  And when the Replicants rebel against those who profit from their enslavement, chaos and murder ensue.

“The fires of Orc”

“Fiery the angels fell. Deep thunder rolled around their shores, burning with the fires of Orc,” intones Roy Batty, the lead Replicant, when he first confronts a man who genetically designed his eyes. It is a slightly misquoted line from William Blake’s 1793 mythological narrative poem, America A Prophecy. The epic poem, originally meant to describe the rebellion of the American Colonies against England, contains chilling imagery that is eerily prescient of our present age of fiery fossil fuels and tumultuous climate change.

Orc’s activities are driven by emotion, and gradually degenerate into unpredictable chaos, terrorizing those around him. So, too, the degeneration of the replicants even as they seek vindication or redemption for their excesses. It’s a matter of some interest to consider what it means for the angels to fall, according to Roy Batty. With whom, then, does he feel the replicants should identify, even as they’re shackled with such limited time remaining to them? (http://thaoworra.blogspot.com/2009/11/nam-william-blake-orc-and-blade-runner.html)

We might ask the same question of ourselves as the clock is ticking on the time remaining for humanity to curb its excesses and transition to a saner, cleaner, more just economy.  My teen daughter’s generation is realizing the shackles that have been locked onto them by their elders.  For decades, we knew, #Exxonknew, scientists knew the deleterious effects of burning fossil fuels and spewing carbon emissions into the atmosphere. But through sleight-of-hand marketing and rapacious practices, America was tricked into believing the hubristic lie that we have the right to commodify everything from coal, oil and gas, to seeds, sheep, and people.  The resulting consequences are worth another line from Blake’s poem:

I see thee in thick clouds and darkness on America’s shore.
Writhing in pangs of abhorred birth; red flames the crest rebellious
And eyes of death . . . 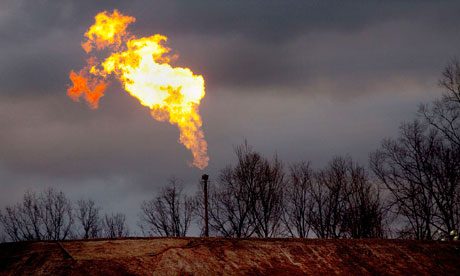 As I watched the trailer for the new movie, I got the sense that the writers and director decided to follow the bleaker arc intended in the “director’s cut” of the original movie.  At the end of the director’s cut, Deckard and Rachael (who, we learn, is also a Replicant) are shown leaving his apartment, the elevator door closing on them as they escape from other Blade Runners that will be seeking her out for “retirement” (a euphemism for execution). But such an ending was deemed “too bleak” by the producers and marketers.

So a cheesy, “Hollywood” ending was tacked on instead.  In the version first shown in theatres, Deckard and Rachael fly through blue skies over a lush, green, wooded mountain landscape.  The ending is incongruous at best, disingenuous at worst.  There is no way such a landscape could exist when we’ve already seen that such healthy ecosystems are no longer possible on this planet.  Yet the producers apparently decided that audiences could not handle the original stark ending.

What kind of ending are we heading for?

I am eager to see how Blade Runner 2049 envisions the planet’s future 30 years hence.  Yet the idea of seeing our possible fate played out on a screen right before my eyes makes me slightly queasy.  While we may not yet have hover-cars, Blade Runner got so many things right when it came to foreseeing America’s climate-blighted future.  I worry about what the next movie will show us.

I think of Roy Batty’s final words which filled me with deep pathos as a teen, and sadden me even more now:

We have already lost so much.  It is incumbent on each of us – individually and collectively – to take all necessary steps to ensure that the worst effects of climate change remain in the realm of science fiction.

This post is part of a two-part series.  Part Two examines Blade Runner from the perspective of Black Lives Matter. 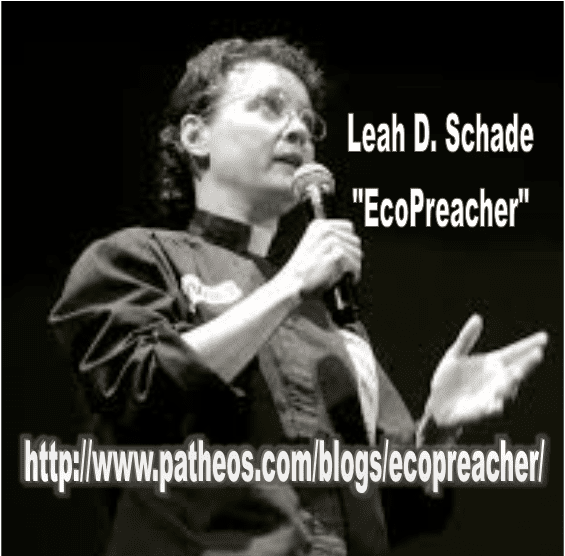 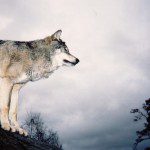 July 16, 2017
Feed the Right Wolf: Preaching Eco-Resurrection in the Midst of Eco-Crucifixion
Next Post 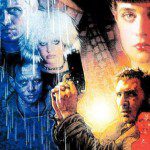