Can you remember a time when it was not socially acceptable to verbally attack a Starbucks barista and yell “I voted for Trump” as justification?

Remember the good ole days when the Ku Klux Klan at least had the decency to wear hoods masking their identity?  Nowadays, white nationalists and neo-Nazis wave their tiki-torches with faces for all to see.

Raise your hand if you thought that the Access Hollywood tape of Donald Trump bragging about sexual violence was going to derail his presidential campaign. Whether you voted for or against him, most people thought the revelation of his sexual predation would be the end of his run.  Obviously, it was not.

These are just a few examples of the loss of what we might call “necessary taboos.”

Ted Smith, Associate Professor of Preaching and Ethics at Emory’s Candler School of Theology, said in a panel discussion at the 2016 Academy of Homiletics (the guild for teachers of preaching) that the phenomenon of Trumpism has completely upended and erased the boundaries of propriety and taboo in America.  He referenced the work of social anthropologist Mary Douglas who wrote the book Purity and Danger:  An Analysis of Concepts of Pollution and Taboo (London and New York: Rutledge, 1966).

Douglas studied tribal religions. Her observations of their behaviors led her to theorize that every society constructs itself around the distinction between dirt and order. Clean and unclean. Pollution and purity.  She noted that such ideas are useful because they “force one another into good citizenship” and help to preserve social order (p. 3).  Granted, such ideas can be harmful if used to label certain people as “unclean.” For example – those of darker skin tones, those of non-dominant sexual orientations and expressions, women, people who are of a different religion, etc.  But in its most basic form, “ideas about separating, purifying, demarcating and punishing transgressions have as their main function to impose system on an inherently untidy experience” (p. 4).

In Trump’s world and, consequently, in the minds of his supporters and followers, the rules which had previously governed civil discourse, social interactions, and the treatment of those deemed “other” have been completely obliterated.  Such a blow-up was celebrated by many who cheered when this man “spoke the things that I think.”  He modeled how one can cross the lines and emerge unscathed.  “I could shoot somebody . . . and I wouldn’t lose voters,” he said during the campaign.  He violated every taboo of those things you just don’t say or do in public and yet went on to win the Electoral College vote (but not the popular vote, mind you) for the presidency. 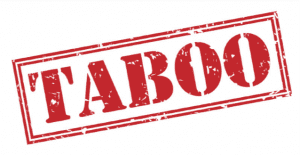 “Burn the whole thing down,” had been the gleeful attitude of Trump supporters who believed he was anti-Establishment.

This indicates a deep nihilism at work that has brought down more than just the Washington Establishment.  It has brought down what was established as socially unacceptable for a presidential candidate – being a bigot, compulsory lying, hate speech, and bragging about sexual violence, to name just a few taboos.

Mary Douglas explained that certain taboos are necessary, otherwise the very foundations of a society begins to crumble.

The way in which Trump violated taboos does more than just sully the public discourse.  It has dissolved the foundations of discourse itself (which is an indication that we are now beyond postmodernism and into a new era of what I call “disintegrationism.”)

Because, as Smith pointed out, the nature of the taboo reveals the nature of the classifications that are in place in a particular community.  Taboos are not just the things we reason about, they are the actual ground of reason, they are a given.  We keep these shared taboos because they order our thinking. They help to shore up our identity as a people, as a community, as a nation.

When a taboo is broken, something is revealed.

And the domino-effect of collapsing taboos in the wake of Trumpism has revealed an evil – yes, evil – the likes of which this country has not seen out in the open for a generation.  Examples include hundreds of acts of intimidation and hate crimes since the election. This is what happens when a taboo suddenly becomes acceptable.

Trump’s rhetoric against every entity who was not white, male, straight and able-bodied should have derailed his candidacy at every turn.  But with every violation, the phenomenon actually gained energy, fed by an id of unbridled vile behavior.  People voted for Trump precisely because he broke taboos.

But why?  Why would you vote for someone who breaks taboos against common decency that are supposedly dear to our nation?  What would seduce Evangelical Christians – who have professed “family values” – to embrace someone who violates every taboo they had previously striven to enforce?  Why would women vote for a man who bragged about committing sexual violence?  Why would politicians-with-daughters who had decried Trump for saying these things now embrace him?

The answer has to do with Trump’s ever-shifting rhetoric that has eroded every semblance of reality.

Lies have become truth, and truth has become irrelevant. Trump has so hollowed out his integrity that he has become a cipher.  This enables his supporters to project onto his blank screen whatever they wish.  And what did they wish to see?

Smith stated, and I concur, that Trump’s “Make America Great Again” slogan answered an implicit question.  “Do you feel like you (white males) have been classified as dirt?  Your not being dirt depends on other people being dirt instead of you (blacks, Muslims, women, LGBTQI, disabled, the list goes on).  These people have had the audacity to say they are not dirt, which makes you feel like dirt.  So we need to put these groups back into their place – in the dirt – to Make America Great Again.”  It is this kind of reasoning that perpetuates the myth of “white victimhood.” And it justifies the kinds of acts I cited at the beginning of this post.

Yes, some of those non-white groups actually voted for Trump. This seems confounding.  But their refusal to disavow themselves from Trump’s underlying rhetoric indicates the level to which obfuscation has risen and the depths to which disintegration of core values has sunk in this country.

As a former pastor and now a teacher of future pastors, I believe the Church and Christians of good will have a responsibility to respond.

When a person such as Trump gains ascendency to the highest office in the world, the Church has some hard decisions to make and serious work to do.  Smith suggested that we need to shore up the taboos that are worth keeping.  I agree and would add that it’s the job of every person of faith who strives to honor the One they profess to serve, to (among other things) bring back the necessary taboos.

Don’t be afraid to confront the threat that these violated taboos present.  Name it and shame it.  Do not accept it as the “new normal.”

Because it’s not normal.  And it’s not right.  Other people of good will need to see your courage, because this will encourage them to do the same.  And together we can begin to shore up the foundations, protect those most vulnerable, and restore some sense of sanity.  Remember the words of James Baldwin in “A Letter to My Nephew” (1924):

“Great [people] have done great things here and will again, and we can make America what America must become.” 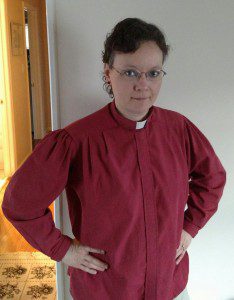 What to Do When Your President is a Fake Wrestling Goon 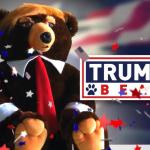 December 27, 2017
9 Reasons 'Trumpy Bear' is a Sham: The Cuddlefication of a Despot
Next Post 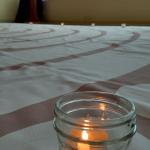 December 31, 2017 5 Steps for a Healthy Pastor, Congregation, and Planet
Recent Comments
0 | Leave a Comment
Browse Our Archives
get the latest from
EcoPreacher
Sign up for our newsletter
POPULAR AT PATHEOS Progressive Christian
1