I’m done supporting the 2nd Amendment.  The Founding Fathers would never have wanted the kind of carnage our nation has endured and continues to inflict upon children, men, and women.

You had your chance to show that you could handle this right with equal responsibility.  Instead, you have used it to create an industry that kills children and adults by the hundreds of thousands, even topping one million deaths.  As Neil deGrasse Tyson recently tweeted: 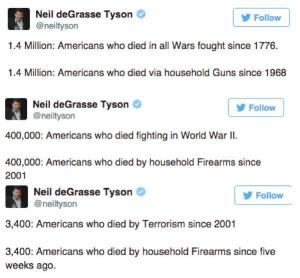 Your right to own a gun does not trump my child’s right to live.  Full stop.

The commandment is clear:  “You shall not kill.”    What part of this commandment do you not understand?  You. Shall. Not. Kill.  Slaughter is not protected under the 2nd Amendment.

I have held a gun.

I have fired it.  As a former hunter, I used a gun to kill, to take the life of a living animal.  There is something about the gun that imbues the holder with a sense of power over another – the power of death and life.  If I do not pull the trigger, I have spared your life.  If I pull it, I can take your life instantly.  This is god-like power.  It may be argued that any weapon can give that sense of power.  But let’s face it – the only purpose of a gun is to kill or injure.  That is why it was invented, and that is its sole purpose.  Guns end lives.

It’s time to repeal and replace the 2nd Amendment.

I say this as a former hunter who used to go into the woods every fall and spring to kill animals with a shotgun or rifle.  After the Sandy Hook massacre, I made a vow that I would never again use a gun. I will not teach my children to use a gun.  I realized that my selfish insistence on the right to kill is anti-Christian and anti-Christ.

At first, I tried to be “reasonable.” In the years after Sandy Hook, I still supported the rights of hunters to own guns.  I can’t even support that anymore.

The solution is not more guns.

Because we already have more guns, no regulation, and the killings are increasing.  So I’m calling for a ban on guns.  As a parent, and as a citizen who has watched so many sacrifices of our children at the altar of the gun, I can no longer support the 2nd Amendment.

No, I will not “be reasonable.”  I will not stand by as I watch mothers and fathers and siblings and friends wail with the tears of Rachel.

“A voice is heard in Ramah, mourning and great weeping, Rachel weeping for her children and refusing to be comforted, because they are no more.” (Jeremiah 31:15; Matthew 2:18).

In every town and city where guns have ripped through flesh and ended lives.

I will not be patient, and I will not wait.  You have squandered my patience, my forbearance, and my willingness to compromise.  You had your chance.  You blew it.  The 2nd Amendment has got to be repealed and replaced.

We worship the GunGod who has convinced us that the sacrifice of children is simply the price that must be paid.

I’m not buying it.

“Worship” may be defined as anything to which human beings devote their sacrifice, allegiance, finances, time and heart.  2nd Amendment proponents have been radicalized and are devoted to the “gospel of the gun” that promises safety — salvation, even. The GunGod declares that it is the only one who will provide protection, and its disciples are willing to allow for the killing of children in order for the gun-god to survive.  What we have now is a demonic cult.  These people can’t be reasoned with, they are extremists, and they must be stopped.

This ideology of the gun representing safety, security, and self-sufficiency is a lie.

I’m calling bullsh*t.  As researcher Adam Lankford has observed, this myth of “freedom from oppression” that 2nd Amendment cultists keep spouting is “wrapped up in . . . a form of traditional masculinity whereby the man of the house must be able to physically protect his family.” While you’re touting your 2nd Amendment, your kid is out shooting at other kids.  You’ve been hoodwinked.  USA Today writer Alia Dastiger put it best:

“The NRA puts out messaging about an intrusive government that wants to ‘take your guns,’ while its ‘pro-gun’ lobbying opposes gun control measures. It has been successful.” (“The Gun Debate Isn’t About What You Think,” Alia Dastiger, USA Today, Oct. 4, 2017).

According to the data from the Center for Disease Control and Prevention, gun violence is one of the top five causes of death among children.

2,647 children and teens die from gunfire in America every year.  That’s 7 every day.  What’s more 17,012 children and teens suffered non-fatal gun injuries and the emotional aftermath that follows. (For more statistics, visit:  http://www.bradycampaign.org/key-gun-violence-statistics.)

A year after the mass shooting at Sandy Hook Elementary School in 2012, a report was done on the deaths of 194 children ages 12 and under who died at the end of a gun barrel. From inner cities to tiny rural towns, 127 of the children died from gunshots in their own homes, while dozens more died in the homes of friends, neighbors, and relatives.

72 of the young victims either pulled the trigger themselves or were shot dead by another child.

60 children died at the hands of their own parents, 50 of them in homicides.

The average age of the victims was 6 years old.

As James McGrath pointed out, “gundamentalism” is the appropriate term to describe the terroristic insanity of 2nd Amendment cultists. [See: Gundamentalism and Where It Is Taking America by James Atwood, Cascade Books, 2017.]   The fact that you can’t get behind even common sense gun regulations means that you have been radicalized.  You are dangerous.  And you share responsibility for all those who have been killed as a result of your gundamentalism.

It’s time to remove from office the elected officials who have taken money from the NRA and other organizations to support the killing of children.

This is #BloodMoney. These men are accomplices to murder and must be removed from office.

It’s time to end the reign of the NRA that spent nearly $55 million just in the 2016 election to support Trump and Republicans.  Since 1998, the National Rifle Association has donated at least $4.1 million to current members of Congress.

[Want to find out how much money the NRA gave to your elected representatives?  The Washington Post has an interactive site to find out.  See also:  http://fortune.com/2018/02/15/nra-contributions-politicians-senators/.]

At the very least, it’s time to challenge the Supreme Court’s 2008 decision in District of Columbia v. Heller to interpret the 2nd Amendment as allowing an individual – outside of a well-regulated militia – the right to possess and carry firearms. Justice Scalia, joined by Chief Justice John G. Roberts, Jr. and by Justices Anthony M. Kennedy, Clarence Thomas and Samuel A. Alito Jr., voted in favor of the ruling.

Those men have blood on their hands.

And now retired Supreme Court Justice Jon Paul Stevens (a Republican) has himself called for repealing the 2nd Amendment. “Overturning [the Heller] decision via a constitutional amendment to get rid of the Second Amendment would be simple and would do more to weaken the N.R.A.’s ability to stymie legislative debate and block constructive gun control legislation than any other available option,” he writes in an op-ed for New York Times. 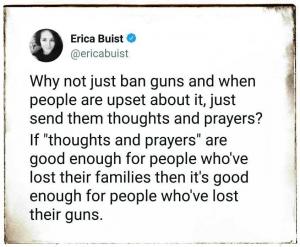 I also join Michael Moore who suggests replacing the 2nd Amendment with a new 28th Amendment.  You can read his proposed wording here.

Preventing Gun Deaths; Tell Me Just ONE Thing You Will Do

Abraham and Isaac, Guns and God 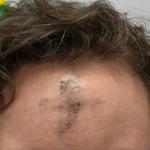 February 3, 2018
'You've got some dirt on your forehead': Ash Wednesday reflection
Next Post 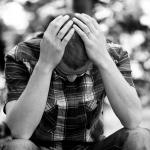 February 19, 2018 Emotion IS a Reasonable Response to Gun Violence
Recent Comments
0 | Leave a Comment
Browse Our Archives
get the latest from
EcoPreacher
Sign up for our newsletter
POPULAR AT PATHEOS Progressive Christian
1 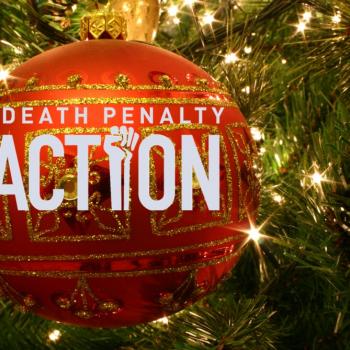