We Intend to Be Heard: Poor People’s Campaign Denied Access in Kentucky

The Poor People’s Campaign, A National Call for Moral Revival, is a movement picking up the mantle of the Rev. Dr. Martin Luther King, Jr. and his work to address the issues of poverty in America.  The PPC is mobilizing thousands of people across the country to challenge the evils of systemic racism, poverty, the war economy, ecological devastation and the nation’s distorted morality.  Every week since Mother’s Day, groups around the country in 40 different states have been rallying at their state capitals to call their elected leaders to account for the travesties of justice perpetrated against people, communities, and the environment.

June 4 marks the first time a PPC group was denied entrance into their state’s Capitol building – and it happened in Frankfort, Kentucky.

The first clue that our First Amendment right would be violated was when we were told we could not rally at the entrance to the building itself.  The PPC organizers were told that there would be construction with scaffolding and it wouldn’t be “safe.”  But when we arrived that day, there was no such scaffolding.  So that was a lie.

Then, after an inspiring rally at the street level of the Capitol steps, the hundreds-strong group followed The Rev. Dr. William Barber, campaign co-chair, in a march up the hill to the entrance and were met with two rows of state troopers barring their way.

They were told that only two people would be allowed in a time for “a tour,” and after those two came out, the next two could come in.  Dr. Barber explained to them that barring the people’s entrance would be a clear violation of their First Amendment rights to peaceably assemble and to petition the government for a redress of grievances. But the armed troopers, under orders from the Executive Branch – hence, the Governor – did not yield.

Bear in mind that this is a public building.

It is supported by taxes paid by every citizen of this state.  As the crowd reminded the Powers in their chants that day: “Whose house?  Our house!”

In the spirit of the interfaith group’s commitment to nonviolent moral fusion, Dr. Barber asked those gathered to take a knee.  The chanting stopped, and a reverent hush fell over the crowd. Dr. Barber then prayed with those gathered and blessed them.  The crowd dispersed, but they will return.  Two more actions are planned for the next two Mondays.

Taking a knee is a symbolic gesture reminiscent of the silent, solemn protest used by NFL football players to raise awareness about police brutality against people of color in this country.  Brutality comes in many forms. The PPC protest that Monday was about environmental devastation and lack of access to affordable healthcare.  Speakers at the rally told about their experiences living with water tainted by coal slurry in Eastern Kentucky, toxins and cancers from industrial waste in Louisville’s “Rubbertown,” and black lung disease afflicting coal miners throughout the state.  These workers are often denied compensation for the medical care needed for the disease.  One speaker, a man from Harlan County, galvanized the crowd with his words:

The multiple environmental and health violations in Kentucky are emblematic of the perfect storm of economic, governmental, sociological, and fossil fuel industry forces converging to destroy communities, public health and God’s creation over and over again.  We believe it is important that the voices of those who are impacted by these forces be heard.  Every faith tradition would look at what is being done to the people of affected communities and to God’s Creation and declare that it is immoral, unjust, unethical, and intolerable.

Dr. King once shared his dream for this nation about the end of racial inequality and injustice.  As people of faith today, we also have a dream.

We dream of this beautiful and noble nation promoting and investing in clean, renewable energy that will create jobs and avoid the destruction of our communities, land, air, and water that comes with dirty fuels like natural gas, oil and coal.

We dream of people being able to live peacefully without fear that corporate and governmental forces will pollute their water and air and poison their health.  We dream of our children playing by the banks of streams and rivers, no longer afraid that poisons flow through the waters and cause diseases in the fish, plant, and wildlife, and in their own fragile bodies.

We will continue to demand justice.

Like the persistent widow in Jesus’ parable, like David fighting Goliath, like Moses and Aaron confronting Pharaoh, like Gandhi confronting colonial imperialism, we know that justice and righteousness shall prevail.  We invite you to join us in standing in solidarity with those who suffer, calling our leaders to accountability.  This is, indeed, our house.  And we intend to be heard.

Visit http://kftc.org/kentucky-poor-peoples-campaign to learn how you can join the movement.

We have a fundamental right to clean water, air and a healthy environment and public resources to monitor, penalize and reverse the polluting impacts of fossil fuel industries. 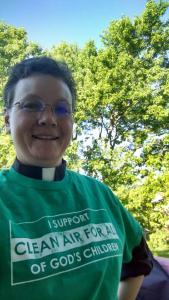 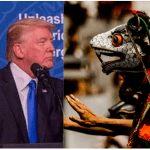 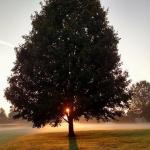 June 8, 2018 Spreading the Gospel of Trees: Healthy Trees, Healthy People, Healthy Faith
Recent Comments
0 | Leave a Comment
Browse Our Archives
get the latest from
EcoPreacher
Sign up for our newsletter
POPULAR AT PATHEOS Progressive Christian
1

7 Reasons the Bible is NOT...
All Set Free
Books by This Author Books by Leah D. Schade 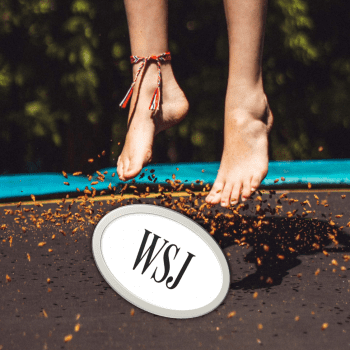