This is Day Three of my week-long devotional for the 7-Day Vegan Challenge.  You can read about why I’ve undertaken this break from all animal products here.  Each day I’m posting a short devotional because my decision to go vegan is informed by my faith, my interpretation of the Bible, and my ecotheological ethics.  On this third day of the challenge, a vegan breakfast gives me pause as I consider an ancient biblical prophecy and how it relates to the climate crisis.

And you, take wheat and barley, beans and lentils, millet and spelt; put them into one vessel, and make bread for yourself. (Ezekiel 4:9)

This Bible verse is printed on the Ezekiel 4:9 cereal box with “sprouted grain crunchy cereal” that I ate for breakfast this morning.  In fact, that verse is on nearly every one of the products made by the Food for Life company which has been making wholesome, non-GMO, sprouted grain foods for nearly 50 years.  According to their website (and the side of the cereal box), “when these six grains and legumes are sprouted and combined, an amazing thing happens.  A complete protein is created that closely parallels the protein found in milk and eggs and contains all 9 essential amino acids.”

But here’s the rest of the story about that Bible verse.

Ezekiel was a prophet sent to Israel 600 years before Christ was born to warn his people of the destruction of Jerusalem and their temple.  In the verse just before this one with the instructions for the sprouted-grain bread, God tells Ezekiel to take a large brick and draw a picture of what the siege of the city will look like.  Then he has to lie on his side at the gate facing the city for 390 days – the number of years the city will be under siege!  After that, he has to turn and lay on his other side for an additional 40 days to symbolize the siege upon the house of Judah.  It’s after this instruction that God gives him the strict diet of bread and water in verse 9 that he is to eat during this time.  What the Food for Life folks don’t tell you is that God also instructs Ezekiel to bake it over a fire fueled by dung as a symbol of the uncleanness of the people of Israel.  I know, gross. (I’m sure this is where they’ve let go of any biblical literalism!)

But there’s an interesting connection between Ezekiel’s symbolic bondage and meager diet and the situation we are currently facing with the climate-siege just on the horizon.  One of the leading climate scientists of our time, Richard Alley, is warning of the horrifying possibility of 15-to-20 feet of sea-level rise in the next 70 years or so due to catastrophic global warming.  What we saw with Hurricane Michael recently is just a foretaste of the bitter siege to come.

What’s the connection to going vegan?

Raising livestock contributes more to global warming than automobiles, and is the second leading cause of global warming behind industrial pollution. Choosing to become vegetarian or vegan is one of the best things you can do for the environment.  And it’s healthier for your body when taking efforts to ensure all your nutritional needs are met in alternative ways to animal consumption.

My friend and colleague Emily Askew prepared a taste of fall for her breakfast in Tennessee with steel-cut oatmeal, pumpkin, and stewed apples flavored with all spice, cinnamon, nutmeg, ginger, and maple syrup, splashed with creamy oat milk (see picture at the beginning of this post).

On my end in Kentucky, I topped my Ezekiel 4:9 cereal with strawberries, blueberries, and a drizzle of honey (which, I realize is not a vegan food, and I’ll need to remove it from my future shopping lists.)  Almond milk softened up the crunchy grain.  Together in our respective states, we enjoyed a breakfast of vegan champions!

God of the Prophets, I’m not yet willing to lay on my side for a year and a half like Ezekiel as a symbol of warning to my people about the climate siege to come.  But as today’s climate prophets are sending us clear alerts about what is happening, help me to be a warrior of the spirit and amplify their voices.  May it come to pass as Ezekiel foretold, that you will establish your covenant with us and forgive us all we have done, even as we observe a humble silence (Ezekiel 16:62-63).  Amen. 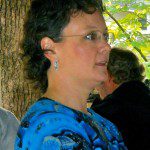 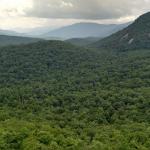 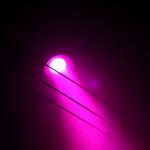 October 18, 2018 Is Your Sermon In “The Purple Zone”? - Backstory Preaching Webinar
Recent Comments
0 | Leave a Comment
"I hear what you're saying, Danielle. The problem is that when folks like Trump pose ..."
Leah D. Schade Truth or Trump: Christians Must Decide ..."
"St. Augustine once said, "The truth is like a lion. You don't have to defend ..."
Danielle Kingstrom Truth or Trump: Christians Must Decide ..."
"Believing in current urban mythological nonsense is little different from believing in ancient religious mythological ..."
rationalobservations? How to be Church in a ..."
"See Kurt Andersen: Fantasy Land and Evil Geniuses."
PastorM How to be Church in a ..."
Browse Our Archives
get the latest from
EcoPreacher
Sign up for our newsletter
POPULAR AT PATHEOS Progressive Christian
1

The lynch mob
slacktivist
Books by This Author Books by Leah D. Schade 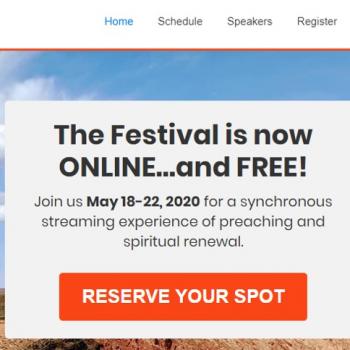