Last week I wrote about what it was like for my 11-year-old son growing up during the week of the Kavanaugh hearings.  Now I must help him understand that sometimes the bad guys win.  The teachable moment continues with lessons on how the wealthy, white, elite, predatory, privileged, patriarchal culture has circled the wagons around one of its own in order to protect its power at all cost.

I have to explain how the courage of women like Dr. Christine Blasey Ford to finally speak the truth about their experiences of sexual assault is sometimes not enough in the face of entrenched forces hell-bent on enabling that behavior to continue with impunity. My son will now have to wrap his head around the fact that the so-called “investigation” into the alleged attempted rape incident was so limited by the Predator-in-Chief that the accuser herself was not even interviewed, let alone the alleged perpetrator.  Not to mention the dozens of former classmates of Mr. Kavanaugh who were ignored by investigators, including Julie Swetnik who claims to have first-hand knowledge of incidents involving the soon-to-be Justice.  Being found “not guilty” in this sham process is not the same as being proven innocent. The background check was intended to throw a dusting of legitimacy on the process in order to provide just enough political cover for senators to vote yes on the confirmation.

I also have to explain to him how it is that over one hundred civil, human rights, and religious organizations have opposed Kavanaugh’s ascension, including the National Council of Churches and the Jesuits, yet the senators are not listening to them. When even the ACLU and the American Bar Association come out against a nominee, that should tell you something.  As Jessica Valenti describes it, the face of entitled “white male rage” was on full display in Kavanaugh’s testimony, a sign that this man has neither the temperament, character, nor judicious demeanor required to serve on the country’s highest court.  Yet even former Justice John Paul Stevens’ warning that Kavanaugh does not belong on the Supreme Court has gone unheeded.  This is challenging to explain to my son.

It was also challenging to explain how the president did a full 180 on Dr. Ford, saying at first, he found her testimony credible and compelling, and then mocking her at a rally a few days later while casting aspersions and outright lying about what she said in her testimony.   What’s even more difficult to explain are the crowds who laughed and cheered at a woman’s pain and suffering. (Twitter user @JuliusGoat has put together the best thread I’ve seen to analyze the way good people can be subsumed by a spirit of evil, which I highly recommend reading here.)

My son is also grappling with the reality that there are times when men are falsely accused of crimes against women.

One reader sent me an email describing a harrowing ordeal endured by his 14-year-old son falsely accused of raping a girl in middle school.  The charges were unfounded, but the incident scarred the boy and his family.  These things do happen.  But that does not erase the fact that, according to RAINN (Rape, Abuse & Incest National Network), 1 out of every 6 American women has been the victim of an attempted or completed rape in her lifetime, and that 3% of men are also victims.  Meanwhile, only 6 out of every 1,000 perpetrators will end up in prison.

But these facts are ignored by those who fear an onslaught of false accusations against men for crimes they didn’t commit.  Trump played on those fears of men – and the women who love them – by raising the spectre of false allegations.  “Think of your son.  Think of your husband,” he said, pushing the manipulative and specious narrative that men are under attack in America.

Indeed, I have thought of my own son, and my own husband.

I have previously written that the pendulum of privilege has swung so far in the direction of men, that it is now swinging back the other way.  And some men are going to get hit by that pendulum.  Even some good men. But that’s not the fault of women.  It’s the fault of men who have kept the pendulum up so high for so long.  It’s a heavy pendulum, and it took generations of men a great deal of energy to keep it in place.  But the laws of physics – and the laws of justice – dictate that imbalance cannot hold forever.  When that pent-up energy is released, it sweeps down hard on all men. Even the good guys.

But this is not the case with Kavanaugh.  Dr. Ford registered her concerns about him when he was on the short list for the Supreme Court, before he had been nominated. And two other women have come forward to speak about their experiences with Kavanaugh.  The investigation has swept all of this aside.  This is challenging for me to explain to my son.

What was not challenging to explain to him is what Kavanaugh’s ascension to the Supreme Court means for our democracy.

He’s learned about the branches of government and their functions.  “Mom,” he said, his eyes wide with alarm, “this means there won’t be any checks and balances!”  He’s correct.  This was Trump’s and the Republican’s strategy all along.  The rights of women, people of color, the LGBTQ community, immigrants, Muslims, the press, and anyone who is deemed an “enemy,” are now set to unravel at an even faster pace than over the last two years.  With a Justice who believes a sitting president cannot be indicted, there will be no accountability for the president going forward.  Kavanaugh was protected by Trump.  Now Kavanaugh will protect Trump every step of the way.  The Old Boy’s Club has won.

Because I am a parent and pastor, I continue to lift up hope.

Perhaps the “Blue Wave” of voters will wash away the corruption of this branch of government.  But I have deep concerns about the fact that little has been done to address the Russian hacking of our elections.  The midterm elections may be compromised to the point where the last dominoes fall, and Trump’s power will be solidified permanently.

Raising our son in this country and culture has just gotten more difficult.  The toxic masculinity on display by Mr. Trump, Mr. Kavanaugh, the Republican Senators, and those who benefit from and defend the domination of white male patriarchy have triumphed.  My only hope is in teaching him about the men who stand against this kind of domination.  Men like his father who are committed to helping him grow up as a man with honor.

We’re also teaching him about one of those men who lived over 2000 years ago and stood against the patriarchy of his time in order to heal women, teach them, and learn from them.

That man was Jesus of Nazareth.  He once publicly defended a woman threatened with stoning by a group of powerful men (John 8:2-11).  It may very well have been the case that the woman was not “caught in adultery” as the men said, but was, like Dr. Ford and countless other women, sexually assaulted. Perhaps like Dr. Ford, she, too, tried to speak out about what happened to her.  But rather than listening to her and holding her assailant accountable, the men doubled down, turned the tables, and put her on trial instead.  Jesus’s courage in standing up to them and saving her life is what I want my son to emulate.  It’s those small acts of bravery that we must practice now.  Those are the mustard seeds, the pinches of yeast, the lights in the darkened room that we need going forward.

Yes, the bad guys have won.  I am despondent about where we are and where we are headed.  But for my son and daughter, for my students, for those who continue to fight the good fight, I will continue to teach and preach the gospel of Jesus Christ in the face of tyranny. 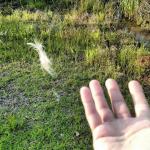 Progressive Christian
Trump Has Crossed the Line: A Call for...
EcoPreacher 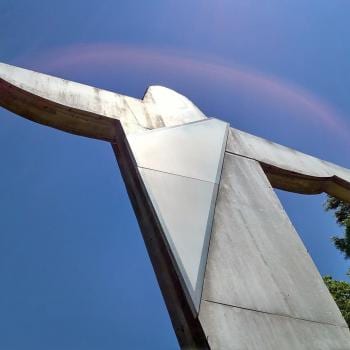 Progressive Christian
The Ascension of Jesus - Shifting Our Focus
EcoPreacher