Ask, Seek, Knock: Seeking the Goods or The Good?

Ask, Seek, Knock: Seeking The Goods or ‘The Good’?

Jesus seems pretty confident when he gives these instructions about praying.  Audacious, even!  Ask, seek, knock – those are our instructions. And Jesus assures us that whatever is being sought is there for the finding.

But what are we to be seeking?

For what are we to ask?  What is it we hope to find on the other side of the door?

It’s not immediately clear what we are to be searching for.  I think this is intentional on Jesus’ part.  He’s creating a clever set-up to invite our inevitable questions. And these questions can lead to a deeper understanding about what we are to seek and receive from God.  They help us understand who God is, what God does, and how we can be in prayerful relationship to God.

If Jesus would have paused for a moment after these imperatives and assertions, I wonder if he would have gotten the same kinds of responses I once heard from a group of Confirmation students?  We were studying prayer, and I simply read these two verses aloud to see how they would respond.  “If this is true,” they said, “then let’s ask for (fill in the latest techno-device, brand-name clothing, trip to exotic destination, etc.).”

Go ahead, I told them.  Ask for those things right now. Ask, seek, knock.

They happily called out to God their ever-growing list of desires.  After their boisterous voices quieted, they went on to bemoan the fact that such magical asking produced no results.  God is not Aladdin’s Genie, it turns out.

“But Jesus doesn’t say those things are what we should ask for,” one astute 8th grade girl responded.  Aha!  So what does Jesus say?  He goes on to give an illustration that any child and parent can understand – asking for something to eat.  He poses a rhetorical question that provokes laughter if we imagine a child asking for toast and getting a slab of slate on a plate, or receiving a hissing snake instead of wholesome fish.  Would this happen in your households, I asked the students?  Of course not! Our parents wouldn’t do that.  Except when they make me eat brussel sprouts, one of them joked.

Then they were ready to hear the truth about what they are pray to pray for – to ask , seek, knock.

They are to ask for good things.  And what are “good things?”  The students reverted back to their wish list from earlier in our conversation.  A new phone!  The latest clothing brand!  A cruise!

But are these extravagances good, I pressed them?  “They are to me!” one boy responded to the amusement of his peers.

I pointed out that perhaps we are confusing “goods” with “the good.”  Reinhold Niebuhr in Moral Man and Immoral Society elucidates what happens when the distinction between the two gets mistaken:

Man [sic], unlike other creatures, is gifted and cursed with an imagination which extends his appetites beyond the requirements of subsistence.  Human society will never escape the problem of the equitable distribution of the physical and cultural goods which provide for the preservation and fulfillment of human life.[1]

In other words, “the good” of the preservation and fulfillment of human life is threatened by the uneven distribution of “goods” within human society.

The students and I talked about how our consumerist society has led to increased poverty, environmental depletion, and wars over the distribution of goods.

They began to see that at the heart of their selfish desires listed earlier is a kernel of egotistical evil that seeks only its own pleasure at the expense of others.  At this point I introduced a bit of process theology to the students, explaining that God is not a Santa Claus or genie in the sky, but the One whose initial aim of goodness continually invites us, or lures us to respond in kind. God wants “the good” for us.  And we are to ask for “the good” for others.

Then the light bulb went off for one student.  “So when Jesus is telling us to ask, seek, and knock for the good, it isn’t just about us, but for other people!”  Now we’re onto something!  Ask, seek, knock for those in need – not just ourselves.

What is “the good” that you’d like to ask God for on behalf of others?

“Maybe we should pray for kids who actually don’t get enough to eat, and kids whose parents really are abusive to them, like giving them stones and snakes when they should be giving them bread and fish,” said the boy who had earlier insisted on wanting “the goods.”  His peers nodded thoughtfully.

Well, go ahead.  Ask for those things right now, I invited them.  This time there was no rambunctious calling out.  Their voices were more subdued.  There were spaces of quietness between their petitions. “I want peace in the world.”  “I want healing for my grandmother.”  “We should pray for the disaster victims.” “We need to pray for less pollution and an end to climate change.” The list was long and heavy with emotion, intentionality, and hope.

When it felt like they were done, I repeated once again Jesus’ words:  “Everyone who asks receives, and everyone who searches finds, and for everyone who knocks, the door will be opened.”  Ask, seek, knock.

But that was not the end.

“How can we be sure that what Jesus is saying is true?” a girl asked.  “How will we know that we’ve gotten what we asked for?  Because there are still a lot of abused kids and pollution and war and stuff,” she pointed out.

Yes, how will we know?

Was Jesus being naïve? Unrealistic? Or worse, was he lying to us?

The astute 8th grader chimed in once again.  “But it doesn’t say when all these things will happen.”  Another good point!  Stretching them even further, I explained how the Greek verb tense for those words is indicative future, meaning that they have not happened yet. And there is no specific indication of the time when they will come to pass.

I introduced them to the paradoxical phrase “already and not yet” to describe God’s work in the world, even when the ultimate fulfillment has not yet arrived.

So you’ve recognized the ‘not yet’ aspect of all this, I said.  Where is the ‘already’?

We began making a third list – evidence that prayers were being answered, doors were being opened, people were finding the agatha they were seeking.  Our church’s food boxes for the hungry. A collection for Lutheran Disaster Response that morning in church.  The ecology ministry’s work on protecting God’s Creation. Church members bringing meals to the student’s grandmother recovering from surgery.  The abused foster child being adopted by a loving family in our congregation. The soldiers coming home.

The young theologians decided to continue in the weeks thereafter praying for the good.  Each week, they asked.  They sought.  They knocked.  And they found doors opening – signs that the future indicative of Jesus’ promises was already making itself known.

This sermon was adapted from my essay in Feasting on the Gospels: Year A, Matthew. Vol. 1, Chapters 1-13. Cynthia A. Jarvis and E. Elizabeth Johnson, general editors. Louisville, Kentucky: Westminster John Knox Press, 2013, 158-162. 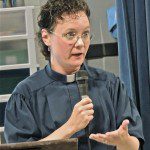 What is Good Preaching? A Sermon about Sermons

Sermon: Finding the Mustard Seed in the Arboretum of Faith

Receiving the Right Yoke: A Sermon on Burdens and Stress 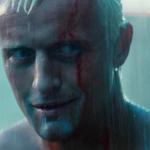 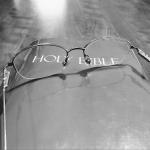 July 30, 2019 Using a 'Dialogical Lens' for Scripture and Preaching
Recent Comments
0 | Leave a Comment
Browse Our Archives
get the latest from
EcoPreacher
Sign up for our newsletter
POPULAR AT PATHEOS Progressive Christian
1