Mikrodiakonia, or why it’s important that I’m not having meat for a while

Mikrodiakonia, or why it’s important that I’m not having meat for a while February 18, 2017 Justin Tse

I haven’t written for a while, though again this is not due as much to lack of interest or material as it is lack of time. I have been teaching two courses in Asian American studies at Northwestern, one of which is very heavily populated by students more intelligent than me (the other one is less populated, but still with students of the same caliber). In the effort to make them stupider (this is a goal of my teaching, as it is stupid, basic questions that I think lead to deeper intellectual inquiry), I have neglected blogging, to my great regret, because I have had much to say.

Much of what I had to say, of course, has revolved around the events unfolding in the White House right now, as well as more global geopolitical events involving the Vatican and its relationship with Moscow and Beijing. I wanted to write, for example, about the Pokrova during the Women’s March – in fact, I wanted to give a sort of Byzantine reading of the Women’s March – but I have been prevented for lack of time, which will probably result in fewer trolls from Catholic and Orthodox Internet getting on my case.

One of my readers, however, said to me early this year that he had in fact become disappointed with how ‘partisan’ I have become. I didn’t really understand his objection, as I have always positioned myself on the Eastern Catholic Left, and I teach Asian American studies, to boot. Separating theology from politics, he asked me to write about the big theological picture, not the petty squabbles of politicians. Perhaps because I grew up with Cantonese stories of how it is court intrigue that determines the rise and fall of empires, I objected strongly to him, and I still reserve the right to write about politics, if indeed from a partisan view that can only be construed as confused because I am not quite sure on behalf of which political party I write.

But as critical as I am of this critical friend of mine, I am coming to see that he has a point, although I am taking away from him a point that perhaps he did not intend to give. I have been writing about makrodiakonia, the possibility of a Byzantine form of political discernment in which larger apparatuses can be analyzed, judged theologically, and dismantled by collective actions of solidarity. However, in the recent weeks in which we are leading up to the Great Fast next week, I have encountered moments of hilarious grace in encounters that can be described as mikrodiakonia, individual personal encounters where grace is served.

Take, for example, this morning at my local neighbourhood grill here in Chicago. I walk in, and one of the guys who owns the place already has his hand out ready to shake mine. He asks me what I want, and I tell him that today’s the last day before I can have meat for a while; tomorrow is, after all, Meatfare Sunday, the day when we start eliminating meat from our diet in preparation for the Great Fast which starts on Cheesefare Sunday next week (when we eliminate eggs and dairy too).

I realized then that this grill’s owners are Greek, and they close at 3 pm every afternoon. Some friends and I (including two Chinese American evangelicals) are going to Orthodoxy on Tap tonight in Chicago, and I can’t shake the feeling I’m going to see this guy there, as my Kyivan friend tells me that it’s mostly going to be a Greek audience tonight. Of course, I am not saying that all Greek people know each other, but it was pretty obvious this guy knew what the fast was. He even shook my hand again as I left and said, ‘Hey, buddy, don’t worry, I’ll help you out with the fast. I got stuff, no meat, I’ll help you, I gotcha.’

It’s these kinds of encounters that have marked my Herald Fast, the several weeks leading up to the Great Fast. In the three foregoing weeks, we have heard in this order the story of Zacchaeus the Publican repenting so hard from cheating his neighbours that he goes into bankruptcy for the Lord, the story of the Publican who was justified when he prayed for mercy while the Pharisee attempted to justify himself, and the story of the Prodigal Son who wastes his entire house and yet is welcomed back with open arms by his father into the house. In the encounters of mikrodiakonia, it appears that I am, say, the patron of this grill, or as is more often the case for me as an academic, the professor teaching my students. But these encounters – ones marked with love and grace – expose in my own reflection my deep personal flaws, the ones for which I am fasting during this upcoming Great Fast.

A student told me last night that she had never met a professor who was so insistent on combining my teaching, research, and personal spirituality. It was refreshing, she said, and this is the feedback that I’ve gotten from quite a few students who come by office hours and participate in class discussion, like one student who comes by to talk about identity even though I profess to despise identity politics and the other student who is so invested in evangelicalism that she has come to see that capitalism is built on sin and then went to a lecture with me on political theology and neoliberalism and asked a question about how the economia of spiritual gifts in the New Testament is related to the deep structure of the neoliberal order.

But for me, such feedback is revealing because it seems to me that what is refreshing is that my students, more than anyone, see my flaws not only as a teacher, but as a person. The same goes for my work as a writer, especially here on this blog; the more I write, the more my readers are able to see what kind of person I am, and some will latch onto my flaws, especially the ones who are kind to me and actually give me deep engagement and feedback. In saying this, I am not being sarcastic – I would say that I learn more about my own ticks and flaws and sins as a person from those who are kind to me than those who try to eviscerate me on Catholic and Orthodox Internet.

In fact, I came to this conclusion through another micro-personal encounter on Facebook. My settings are set to ‘Public’ in the sense that even those who are not friends of mine can comment. One of these people was a rabid anti-Catholic and anti-Orthodox guy, and he warned me and my Catholic friends that we were basically going to hell if we did not repent, by which he meant that we needed to extricate ourselves from these horribly colonizing church structures and have a Jesus-only relationship. He explained in the course of discussion that he had learned that he was a sinner before he was a Christian, but one of the great things about becoming a Christian is that he was not afraid of God’s punishment and does not need God’s mercy, only forgiveness.

One could criticize such fundamentalism to no end, but it caused me a great deal of reflection. After all, in the Byzantine churches, all we ever do in our liturgy and in our personal prayer is, like the publican, cry for G-d’s mercy. But is it because we are afraid of G-d’s punishment? The liturgy and the personal prayer petitions seem to work against that; more often than not, our prayer for mercy is a response to the love of G-d and his kindness toward us. In the words of the Holy Apostle Paul: Do you not realize that God’s kindness is meant to lead you to repentance?

In the weeks leading up to the Great Fast, all I have been encountering at the micro-political scale is such love, such kindness, such warmth. This is the love of G-d mediated through the personal encounters of mikrodiakonia. But in response, I realize that I could be kinder, I could love my neighbour more deeply and concretely, I could know my stuff better as an academic, and I could definitely afford to lay off some of my leftover colonizing Christian superiority in relation to my neighbour and just be a sinner on whom the Lord has mercy.

For the sake of such love, it is good that I am not going to have meat for a while. I have complained and grumbled about this moment. But as the Vigil of the Sunday of the Last Judgment draws near – we are going to do a readers’ version at my friend’s icon corner, and two of my Chinese American evangelical friends are going to come – I am actually excited about venturing into the desert of this Great Fast. Lord Jesus Christ, Son of G-d, have mercy on me, a sinner. 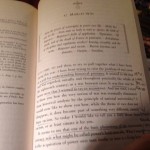 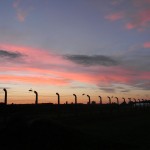 February 20, 2017 Retracing My Footsteps in the City of Saints #5: He Makes All Things New: St. Maximilian Kolbe, Martyr of Auschwitz - Eugenia Geisel
Recent Comments
0 | Leave a Comment
"I can't believe you would consider the theological lightweight Kilby as a proper critique of ..."
antoniodec Fiat mihi secundum verbum tuum: on ..."
""Milbank criticizes Balthasar for being apolitical in his aesthetic reflections, and I can see how ..."
antoniodec Reading Sobrino on Óscar Romero and ..."
"the word is receptive, which has nothing passive about it but could be the most ..."
antoniodec Fiat mihi secundum verbum tuum: on ..."
"One can never "go home," not in this life."
billwald I’ve found my way home: on ..."
Browse Our Archives
get the latest from
Eastern Catholic Person
Sign up for our newsletter
POPULAR AT PATHEOS Catholic
1