The supernatural in the Sunset (Great Fast #6)

My dad booked me on a flight to San Francisco so that I could see my grandmother. She’s getting up there in years, so we figure that I should spend a few moments with her.

I always tell people that I am from San Francisco, but this is not exactly true. I am from Fremont, which is across the San Francisco Bay. It’s a suburb that is a combination of a number of small towns, including Niles where Charlie Chaplin made some of his films. Our extended family, my aunt and uncle along with my grandparents, always liked it across the Bay. My immediate family was thus on what is called the ‘East Bay’; my extended family was on the ‘Peninsula.’

I remember when my aunt and uncle moved into the Sunset. Sunset is an inner suburb of San Francisco – which we just call ‘the City’ – where the population hovers around 50% Asian American. It was for my cousin, so that he could go to the school that everybody was talking about: Lowell High School. I didn’t know the neighborhood was called the Sunset; I was from Fremont and thought it was called Ocean. There is, as a friend from the East Bay said to me yesterday, like a wall between the City and the East Bay. It’s understandable, I think, because of the traffic. To this day, I still dread the Bay Bridge. I therefore had a number of distorted understandings of where my extended family lived. People who were familiar with the City used to tell me they were not aware that there was an Ocean District. I used to think it was my little secret tidbit of local knowledge.

In 2004, the Sunset became famous. At least it did for me because Thomas Wang, the guy I mentioned yesterday in my Billy Graham post, organized some 7,000 people, mostly Chinese evangelicals, to march down 19th Avenue, which is the main throughway through the Sunset. They were red shirts that had ‘1 man + 1 woman = marriage’ plastered over it. Earlier that year, the Mayor of San Francisco, Gavin Newsom, had ordered his city clerk to issue gender-neutral marriage licenses. Wang’s activities were thus the protest to Newsom’s actions. This event formed much of the crux of my doctoral work, which I am revising into a book.

Needless to say, since my time as a suburban ignoramus, I’ve spent a lot more time in the Sunset, researching how Chinese evangelicals organize social movement activities. I learned, for example, that in addition to same-sex marriage, they also tend to be afraid of black people robbing their elderly people, against marijuana dispensaries built in their neighbourhood, and opposed to policies that would have kids bussed to other school districts when they paid so much money to live in the Sunset to go to school. I don’t think my extended family, who are apolitical for the most part, were involved in any of these things. At both the immediate and extended levels, my family’s understanding of politics tends to be dismal. I think this is the only reason I could do a PhD on Chinese evangelical politics: I asked the most insanely ignorant and idiotic questions, and because of that, I got some data. From that, I have come to the conviction that just calling these people anti-black, homophobic, and invested in their private capital is uninteresting. It’s much more fascinating to explore their imaginations of what civil society is, the networks that they form to engage these publics, and what they do in them by way of practice. What I get is usually not a bunch of malicious vitriol. It’s usually a folksy vision of how they want to live their everyday lives.

Every time we came up, there was a Catholic parish we would drive by. It looked like a mission, and I always thought it looked empty. We never came when it was in operation. Also, we were not Catholic of any sort, Latin or Byzantine. But being Catholic now, I decided to go in for the first time. And there she was, the icon of the Theotokos of Perpetual Help, welcoming me. I told her that I’d been having trouble writing about the Sunset and was a little stressed about it.

Then I realized that the everyday supernatural is not just something I write about. It is in the process of the writing itself. It is also in the new experiences of transfiguration that I have been having here in the Bay Area. Since attending a local temple here during my catechumenate, I’ve made some Eastern Catholic friends here. This weekend, I’ve been going to Orthodox and Eastern Catholic liturgies in addition to seeing my grandma. There is something beautiful in this, a long process of transforming my encounter with this place away from a Protestant place that I left behind in my youth and then returned to research in graduate school. It is not that my encounters with people here are strictly Catholic now. It is that my entry into the Catholic Church has activated a new dimension of the supernatural for me. I think I’ll have to ponder that more during this Great Fast too. 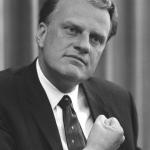 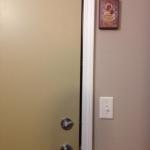 February 25, 2018 The triumph of the icons against the theological paranoia of men of integrity (for the Sunday of Orthodoxy – Great Fast #7)
Recent Comments
0 | Leave a Comment
"I can't believe you would consider the theological lightweight Kilby as a proper critique of ..."
antoniodec Fiat mihi secundum verbum tuum: on ..."
""Milbank criticizes Balthasar for being apolitical in his aesthetic reflections, and I can see how ..."
antoniodec Reading Sobrino on Óscar Romero and ..."
"the word is receptive, which has nothing passive about it but could be the most ..."
antoniodec Fiat mihi secundum verbum tuum: on ..."
"One can never "go home," not in this life."
billwald I’ve found my way home: on ..."
Browse Our Archives
Related posts from Eastern Catholic Person