The icon that hangs at the doorway of my home is the Theotokos of Iveron. Those who love her call her the Panagia Portaitissa, the All-Holy who guards my door.

The story is appropriate for the Sunday of Orthodoxy, which we have just celebrated. In the time of the iconoclasts, the Byzantine Empire destroyed many an icon, with the Emperor thinking that all holy images were idols. This icon of the Theotokos, if the tale can be believed, was thrown into the Mediterranean Sea and swam across the water to Mount Athos to avoid destruction. Centuries later, a monk recovered her and carried her to safety within the gates of their monastery. The next morning, she was missing. They went to look for her and found her mounted on the door of their monastery, and they dutifully took her down and housed her again. Yet the same thing happened the next morning, and the morning after. Eventually, the Angel Gabriel revealed to them what she was doing: they wished to guard her from destruction, but it is in fact she who guards their door.

In this story, the icon has agency in her own right. The tale may sound fanciful, but stranger things have been known to happen in our church. Icons may give off myrrh in their own right. Icons have been known to weep. An icon prevented the sinner Mary of Egypt from entering the Church of the Holy Sepulchre until she repented of her lustfulness, driving her out into the desert where she became the mother of all of us penitents.

To secular ears, such statements may sound superstitious. But this theology is precisely what we celebrate on the Sunday of Orthodoxy: the proclamation at the Second Council of Nicaea that the material order mediates the presence of the holy ones and sacred events portrayed in the canonical images. In turn, the holiness of such persons and historical occurrences is possible because of the only one who is holy, the one who is Lord, Jesus Christ, who shines upon all of his creation with life and love to the glory of God the Father. The supernatural is part of the material order; grace is part of all that is.

This iconographic theology is what we call the Triumph of Orthodoxy. The holy icons are victorious over those who mistakenly call them idols. Not everything is a fantasy that is projected into the world. The agency of the supernatural order in and through the material world is proclaimed as the truth, and the cynical secularity of ideologies of all sorts is shouted down with resounding anathemas. We process with the icons, we bless them with Jordan water, we kiss them with love for the holy ones across all ages, we affirm in praxis what the theologian John Panteleimon Manoussakis so eloquently points out: the economy of God in saving the world has transformed all creation into an iconomy. Here we see, though we peer as through a glass darkly, the glory of the Lord and are transformed ourselves from glory into glory. In fact, as Jean-Luc Marion says, it is we who are gazed upon by the holy icons; this is what makes them iconographic as opposed to idolatrous. We do not project onto them what we wish to see. Instead, they look upon us, refracting the Lord’s glory onto our bodies.

But this view of the world, this kind of orthodoxy where the right praises of the people of G-d are truly offered via the hallowing of all creation to the One-Who-Is, requires faith. Empirically, this mystery which has been uncovered by the resurrection of Jesus Christ does not appear to be true. The world is cynical, cruel, and corrupt. Goodness is not rewarded; it is stamped out by the backstabbing that is natural for those whose existence is entirely circumscribed by an arena of constant competition. Love does not triumph over all; it quickly degenerates into pornography and rape culture. For all the values of active communication, the overactive libidinal economy is more about the masturbatory projection of the self into a hall of mirrors such that the entire world becomes for each individual a reflection of themselves.

In such a world, it is easy to err about the meaning of orthodoxy, to make the subtle shift from iconography to the idolatrousness of ideology. Searching for meaning in the emptiness of a world where the self is mirrored back upon itself, we are told that there are certain mythologies, principles, and propositions that must be guarded for the integrity of the self. Perhaps herein lies the appeal of a Rod Dreher, a Jordan Peterson, or a Mark Driscoll – or a James Dobson for conservative Christians of yesteryear. In a world exposed by the likes of Foucault to be engaged in the microphysical practices of panoptic discipline, they provide certainties to fill the vacuum created by the impossibility of disciplinarity. Persons made in the image and likeness of G-d can never be fully disciplined into docile subjects even if they are constantly being watched or watching themselves. But those same people are told that being disciplined is the standard on which their integrity stands.

In this gap between discipline and practice lies a certain kind of contemporary nihilism. Told as we are that integrity lies in ideological consistency, we find ourselves acting out in ways contrary to what we believe, giving the lie to whatever ideology we claim to be disciplined by. And then come the gurus to fill that vacuum. Clean your room, says Peterson. Form separatist communities, Dreher writes. Driscoll said: Become responsible property owners. And for Dobson: Spank your children. When these clichés are revealed to be nothing more than pop psychology, the aging apologists for Dobson, the former defenders of Driscoll, and the contemporary acolytes of Dreher and Peterson say that at least some ideology is better than nothing, if only it inspires young men. This is the ultimate cynicism, the resignation to the false consciousness positing that all that exists is fiction, and that lying to yourself is better than facing the truth.

The result, if my ‘Prof Yenta’ conversations are any indication, is a new kind of misogyny. A number of my former students, mostly women, have told me horror stories about dating men who advertised themselves to them as paragons of integrity. These are the men who appear disciplined, who seem to play by the book, who in evangelical terms are called ‘men of god’ for their attempts to train themselves in a kind of orthodoxy that bucks the flakiness of the world. The stories I hear are horrible. The women are often reduced to the receptacle of these men’s desire. Men of god (I cannot bear to capitalize this idolatrous deity) seem to have no interest in getting to know my students as their intellectual equals. Having been the teacher of my students, I can vouch for their brilliance and am often infuriated when I hear that they are not being taken seriously. Integrity for such men is the new idolatry. They do not consider the women in their lives to be icons of the living God. They are only mirrors of their own fantasies. The man who overcompensates for his own fragility by having to constantly proclaim that he is a man of god doth protest much. His world is pornographic, and in his idolatrous gaze, the Triumph of Orthodoxy is perverted into the triumphalism of ideological dogmatism.

If anything, the perversion of such modern romance, mostly found in religious circles, is probably symptomatic of an ever-expanding culture of evaluation in secular realms. The checklist replaces conversation. Criteria trumps communion. Integrity is measured by ideological conformity. The orthodoxy constructed by such cynicism becomes but a conservation of fantasy.

The Triumph of Orthodoxy is the church’s no to such cynical conservatism. Rowan Williams had it right: reflecting on the condemnation of Arius in the First Council of Nicaea, he argues that Arius’s assertion that there was a time when the Son was not comes from an attempt to protect God the Father from the suffering of the Son. Williams’s Arius is a theological conservative: Insecure about the actual integrity of the supernatural order, Arius felt the need to protect the God-who-is, as if the Creator of heaven and earth needed his help. A truly orthodox orthodoxy, Williams argues, is one that is creative, capacious enough to countenance that it is possible that the Son is eternally begotten of the Father, whatever that means to our feeble understanding. It is heresy to fall into a kind of fear where one displays in practice that they do not think that the God who raised Jesus Christ from the dead is able to fill all things. The roots of iconoclasm also lie in such heretical paranoia: just as Arius sought to protect the Father, the iconoclasts tried to smash anything that looked to them like an idol. On this Sunday of Orthodoxy, the church anathematizes such theological insecurity. We say no to such moronic attempts to police the supernatural. It is the holy icons who guard us, not the other way around.

But in joining in the anathemas, there is no triumphalism for me. Hearing the word that negates my insecurity, I find myself also condemned. I too have tried to be a man of god, projecting into the world an order of ideological orthodoxy that was not nearly personal enough. With urgency, I once also operated in fear, and when I fall back into my old sinful ruts, I find myself often tempted to come back to this mode of operation. The church proclaims the anathemas, and because of that, I am a frequent customer at confession. As I continue to write and pray during this Great Fast, perhaps I will reflect on some of the instances of theological insecurity in my own life I have been working through, especially as they have affected my scholarship and spirituality. In this way, I continue to lay bare my process as I a sinner journey toward an orthodoxy that is truly iconographic, genuinely feminist, and intellectually capacious, one in which I know that it is not I who guard the Panagia Portaitissa but it is she who guards my door. 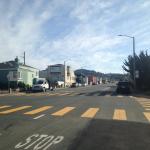 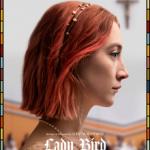