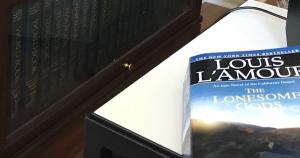 If an American Christian thinks the 1950’s were Paradise, he knows nothing about the African-American experience or what was happening in the Academy. Much of American pop culture was in the grip of scientism, American triumphalism, and elitism. This also existed in our elite educational institutions and political parties where the difference between Republicans and Democrat leaders was not as great as appeared to be at the time: Eisenhower and Kennedy were intellectual siblings.

There was good in those times, but mostly amongst the plain people. They did their duty in World War II and were, on the whole, willing to change, but their leaders used the opportunity to go in directions the Christian and Jewish super-majority would have rejected. Racism and white supremacy, long an elite intellectual idea, split the common Christian lay people. African-American Baptists and Anglo Baptist people had much in common in fact, but racism drove them apart. Elites and popular culture gave lip service to Christian values while advancing BOMFOG: the Brotherhood of Mankind and the Fatherhood of God.

A case in point was the early 1960’s presidency of John F. Kennedy: creature of the intellectual and popular culture establishments. The Catholicism of John F. Kennedy was nominal. His actual life was protected by a fawning press. Religion slowly was privatized while traditional Christian morality for the masses was viewed as “good for them” and still (roughly) supported in popular culture lest the rubes get the point.

What would the basis for cultural moral consensus be? The elite class slowly would move their betters to a United Nations, of the mostly white Security Council of the 1950’s, point of view. We would live in plastic House of the Future. Traditional religious, like traditional culture (black and white) could entertain the white elite: nostalgia being the nod that American white elites gave Christendom.

Of course, some people saw through the con, but the reaction was (too often) fundamentalist and a doubling down on the vile American racism that allowed the con in the first place. Meanwhile, the “anti-racism” of the period was really a form of tokenism, hopefully leaving real power in the hands of those (mostly) white folk who went to the right schools. This mostly white (with a few tokens) elite was destroyed by the 1960’s sexual revolution and never recovered. Gene Roddenberry continued as an artifact of this time on the political left for decades as did writers like Louis L’Amour on the right. Just as Star Trek: The Original Series can never be “good” on the left in the deeply post-Christian morally adrift era that followed, so the ideas in Louis L’Amour should not be “good”on the right.

Roddenberry and Louis L’Amour are two sides of the 1950’s (early 1960’s) ideology: one more big government, one more individualistic. Both utterly reliant on a Christian consensus on morality they took for granted, tried to maintain (for most people), and failed to establish. No moral consensus replaced BOMFOG, since scientism could not do so. Stack up all the science one could ever have and not one moral ought will ever come from that pile of (awesome) is. We might have warp drive, but someone has to decide how to use the Prime Directive or whether we should have a Prime Directive at all.

Nothing demonstrates this better than a dip into the pop culture of the period or the pop culture that endured after that time that somehow became “conservative” and even “Christian.” A truly gifted pop novelist with the ethos of this time (who kept writing long after the time) Louis L’Amour wrote a very serviceable Western (great fun!) The Lonesome Gods that is drawn straight from BOMFOG and a vacuous religiosity disconnected to any coherent religious (or secular!) point of view.*

Here is a paragraph (written in 1981) that is “conservative” if individualism alone is conservative and “religious” just this way:

It is all very well to say that man is only a casual whim in a mindless universe, that he, too, will pass. We understand that, but disregard it, as we must. Man to himself is the All, the sum and the total. However much he may seem a fragment, a chance object, a bit of flotsam on the waves of time, he is to himself the beginning and the end. And this is just. This is how it must be for him to survive. Man must deal with himself. It is his reality he must face each morning when he rises. It is his world with which he must deal. Perhaps his end is only years away, or even months, yet he cannot more than acknowledge that, for it is the now with which he must deal, unless like a spoiled child he is to fall on his face and beat his fists against the earth. He must be, he must move, he must create. If man is to vanish from the earth, let him vanish in the moment of creation, when he is creating something new, opening a path to the tomorrow he may never see. It is man’s nature to reach out, to grasp for the tangible on the way to the intangible. We have hedged ourselves round with law, for we know that if man is to survive it must be through cooperative effort.

In the book this is “conservative,” because the hero nods to the lonesome gods, lonesome because their worshippers are dead. Catholicism is not conserved, but embalmed. The L’Amour hero can see it and bow in its direction, because (somehow) he will live a good life if he reads enough novels and lives close to nature.

That is seriously the plan for the future proposed in this Reagan era text. This is not Christian. It is not conservative (go read Burke), but it is the dying prose of 1950’s BOMFOG combined with American individualism and white paternalism.

Against this the global Catholic Church (or the Orthodox) must say: no.

Again, I love Louis L’Amour westerns, yet the worldview is bankrupt in the end. Christianity is not rugged individualism anymore than it is statist communism. We must not prefer either.

The gods are not lonesome in Louis L’Amour: the backstory is.

*Remnants of this era produced the 1970’s Scooby Doo that gave us the mystery we craved while bowing to scientism by the end . . . 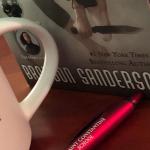 June 6, 2019
The Mistborn Trilogy: Provoking, Entertaining Fiction (And Bonus on our Mormon Neighbor)
Next Post

One out of Five Families Is...
Cranach
Books by This Author John Mark Reynolds