Now he turns to witches with a second post , a third,  a fourth,  and now a fabulous fifth:

The vast wealth and intercultural riches of the Hellenistic kingdoms that sprang up from the conquests of Alexander the Great created an artistic explosion across the Mediterranean world. Apollonius of Rhodes, as part of that creative ferment, sought to revive the writing of epic poetry in his four-book Argonautica. In the process, he infused epic with the emergent “genres” of idyll and novel. The result is an epic that revolves around a love story. At the heart of that love story is Medea: teenage witch.*

Apollonius inherited the character of Medea from Euripides and plays her witchy credentials to full effect. Medea is made to be Circe’s niece, establishing a family coven right out of the Salem courtroom.** Her coming inspires terror in rural peasants akin to Artemis the night hunter.***
She is a bane to her own family, killing even her brother when he gets in her way.° Medea’s rage is terrifying and full of malicious intent.°° She works her will not only with pharmaka, but also with incantations.°°° Most importantly (besides the black lipstick and Eva Green eyeliner), Apollonius repeatedly emphasizes that Medea’s powers come from her “pact” with the underworld goddess Hecate.◊

On the other hand, Apollonius’ Medea is not the wronged and vengeful woman of Euripides’ play, but the teen love interest and all-around heroine of the story. As with all epic loves, Medea and Jason’s is predestined. The goddesses of femininity—Athena the Virgin, Aphrodite the Lover, and Hera the Matron—serve as their faulty stars.◊◊ The symptoms of her crush are described in minute detail:

Time and again she darted a bright glance at Jason. All else was forgotten. Her heart, brimful of this new agony, throbbed within her and overflowed with the sweetness of the pain.◊◊◊

When Medea learns that Jason is her father’s enemy and is to be sent to his death facing fire-breathing bulls and magical warriors, she bursts out in lines worthy of Juliet:

What is the meaning of this grief? Hero or villain (and why should I care which?) the man is going to his death. Well, let him go! And yet I wish he had been spared. Yes, sovereign lady Hecate, this is my prayer. Let him live to reach his home. But if he must be conquered by the bulls, may he first learn that I for one do not rejoice in his cruel fate.⸸

After an awkwardly-romantic clandestine meeting, Medea decides that her magic is the key to saving her beloved Jason. In a scene that might be taken from Sabrina the Teenage Witch, Medea turns to her chest of pharmaka and calls on Hecate’s favor:

She took a magic ointment from her box. … A man had only to smear it on his body … to become invulnerable … To make the ointment, Medea, clothed in black, in the gloom of night, had drawn off this juice … calling seven times on Brimo … night-wanderer of the underworld, Queen of the dead. The dark earth shook and rumbled underneath …⸸⸸

The cumulative effect of these scenes is to transform Medea into Greek literature’s first witchy romantic lead. Indeed, it is Medea, rather than Jason, who ends up using her magical powers to win the golden fleece and earn the Argonauts a safe passage home. Jason himself acknowledges this in front of his crew:

My friends … let us start for home without delay. The prize for which we dared greatly and suffered misery on the cruel sea is ours. And the task proved easy, thanks to this lady … She is the true savior of Achaea and yourselves.⸸⸸⸸

Apollonius of Rhodes may be telling an old tale, but in so doing he is also creating something new. Argonautica’s Medea is a witch who is neither a figure to be feared nor an obstacle to be navigated, but a heroine in her own right who is meant to win the audience’s sympathy and respect. Her pharmaka and her pact with Hecate are not present to be renounced, nor is Medea presented as a hero despite them. Rather, they are integral to her character and the means by which she is able to help her friends, defeat her foes, and win Jason’s admiration. She is the first figure of a “heroine’s journey” that leads through Tolkien’s Luthien to Star Wars’ Rey. We should not be surprised by this. As self-described witch Pam Grossman observes when commenting on the witches of pop-culture:

Adolescent witches have to learn control and discernment, just as teen girls must with their burgeoning sexuality and protean senses of self. These stories portray magic as a mixed blessing: a source of vast potential, a mechanism of possible destruction. The teen witch is a key ready for ignition, a match with a promise to inflame.⸷ 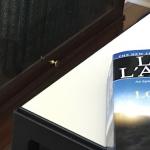 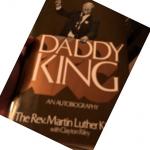 June 9, 2019 Daddy King (The Rev. Martin Luther King, Sr.) an Autobiography
Browse Our Archives
get the latest from
Eidos
Sign up for our newsletter
POPULAR AT PATHEOS Evangelical
1