The Problem Is Easy, the Virtue of Moderation is Hard 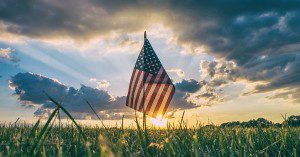 Whatever your point of view, Christian or atheist, Republican or Democrat, pointing to “the problem” is easy. The solution is the tricky part where godlings , gurus, and grifters arrive to sell something harmful to solve the problem.

Following the wise advice that one should begin with one’s own group: even if one thinks traditional Christians and evangelicals got cultural critique right, many of the solutions were as bad as the problems in the 1980’s and 1990’s.

An easy example is criticism of textbooks in the 1980’s by my team. Suppose in fact mainstream textbooks were leaving out religious history or had very biased perspectives as I think they were. The solution was not to let incompetent people write worse books with even more egregious biases.**

The salesman would pitch the Problem, strike terror, and then sell the Solution. These texts like ABeka books were every bit as worthless as the worst secular texts and much worse than the best. They brought with them the added bonus of associating the church with academic hackery and not-so-subtle racism.*

The solution was at least as bad as the problem and the implementation (“We must act now!”) made it worse.

Moderation is a virtue: the appropriate application of wisdom that avoids excess (zealots!) or defect.

“There is a crisis!” and this may even be true, but as a result of the crisis, we are told to ignore due intellectual process and surrender to the solution proposed in the book (buy it!), program (buy it!), or seminar (buy it!). There is commonality in the solution where whatever else is true of the solution the person proposing it will surely make money.

The newish proposal is his and he alone can tell you about the idea. The answer, naturally, is moderation: the sane examination of the problem and a reasonable solution to that problem. 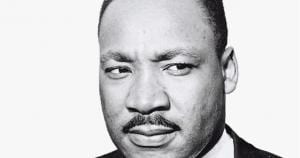 So far so good. This is even the kind of thing my group likes to say every so often. For traditional Christians, the danger is when moderation turns into an excuse to do nothing. We do not like the extreme proposals of the right or the left: so we snort and go about our business. Having slain the zealotry that would kiss every American practice good-bye with ill formed alternatives, we fall into passivity.

Martin Luther King Jr. eviscerates this quietude in his writings, particularly his Letter from a Birmingham Jail.

My Dear Fellow Clergymen:
While confined here in the Birmingham city jail, I came across your recent statement calling my present activities “unwise and untimely.”

If one is a conservative (as I am), then one does well to avoid brown-shirted alt-Right, but may miss the deep moderation of Rev. Dr. King because he is stirring up opposition and bringing justice. King was no extremist in the face of the evils of segregation. The African-American community had given the brilliant Booker T. Washington’s patience a chance. Jim Crow was not going. African Americans had served nobly in World War II in American armed forces determined to demean them. Tuskegee herself had been perverted by the government to do experiments on black men.

Dr. King and his not-to-be-overlooked father, Daddy King, had enough. Rev. King Senior was as careful, moderate, traditional and Christian as any could have asked and he was still viewed as a troublemaker. No cause is so just that those seeking justice will not be accused of immoderation. Even Daddy King wondered if Rev. King Junior was going too far too fast, though not for long. Some personalities are safe against zealotry for their cause, but not against passivity, indolence, and tolerance of injustice.

Yet, of course, every call to moderation to zealots is met as if the zealot was King leading protests in Memphis.

The zealot thinks every labor protest as if King is at Memphis, while the conformist sees the Russian Revolution in every strike.

We gain something by first seeing that problems and solutions are not the same.

We gain more when we see an evil and frame a moderate solution to the problem that will bring the problem to an end as quickly as possible. The person opposed to segregation (in theory) who opposed King had no real plan (not even in theory) of how Jim Crow systems could end as soon as practicable.

We gain much if we look to as many existing structures with as broad a coalition as possible to solve the problem. Christians make a mistake when we isolate ourselves from critics. I find it helpful to know people who tend to act and people who tend to wait. Listen to both and I often get things about right.

The best we can do is to ask God to help us and realize that our own biases make kidding ourselves easy. We should be doing something about “the problem” or supporting someone who is, but not without thought, virtue, and prudence.

*I have not looked at the texts in years. The company is still in business and I have no idea if the (horrific) product has improved.

In our time, we rejected the books because (trivial example), they would make claims about the Middle Ages that were drawn straight from the lies of anti-theist groups. These lies passed ABeka muster (“the dark ages”), because they were also anti-Catholic! If I knew anything about a topic, I could always find easy errors. One example I recall is the claim that Constantine made Christianity the official religion of Rome.

The racism was, of course, worse.

** Thanks for getting this right Dad. 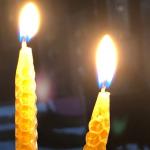 July 21, 2019 Knowing and not Knowing: An Idea Might Not Have Those Consequences
Browse Our Archives
Follow Us! 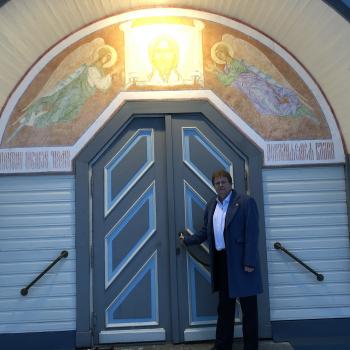 The Expectation of Gospel for Asia School of...
WILLS POINT, TX – Gospel for Asia (GFA World and affiliates like...
view all Evangelical blogs
Copyright 2008-2020, Patheos. All rights reserved.