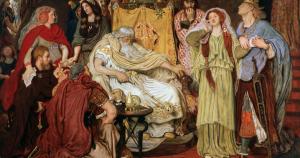 My Brother Being Mean Did Not Justify My Taking His Candy

When I was a boy, sometimes (not so often!) my brother would do something wrong. If I was being rotten (too often!), this would not lead me to desire justice, but to feel like I had some power over him or that the bad thing he did to me justified all sorts of treats. I did not wish justice, some should have been coming, but used his injustice as a chance to get more.

He shot me with the discs from the space gun. This hurt a bit so now I can really get something I want or I will tell Mom!  My brother being mean to me (or just careless?) did not justify my taking his candy.

The world is full of injustice, none of it justified. Seeking justice with mercy is good and God’s calling for all of us. Still, while seeking justice, Christians must be careful that the quest for justice does not slip into an excuse or justification for stuff for which we have no right.

This is not a warning against due process or seeking restitution, just a reminder that one wrong does not justify a host of wrongs in return. Shakespeare reminded me that this happens (as did a moment of thought about my own life) in King Lear where one might sympathize with a young man, Edmund, if he did not become horrid when he did not have to be.

Edmunding: An Error to Avoid

King Lear gives readers Cordelia, the heroine we need just now, a happy ending if you are a regular person, even if the rulers suffer for their sins, and lessons in what not to do as an aging leader. If that’s not enough, the play captures how not to deal with frustration.

Edmund is an illegitimate, Edgar a legitimate son. Society was unjust in the distinction and his father wrong in his judgments, infuriatingly so in his comments on Edmund’s mother. However, the father, the Earl of Gloucester, does acknowledge his son, which he should do, but need not have done under the social rules of the time. Gloucester has raised and educated him appropriately and gives Edmund proper introductions to be a leader. This is no more than a father should do, but sadly this is more than many in Gloucester’s position would have done.

Gloucester is better than his times, even if he fails to be as good as Christ would make him. Edmund has cause to be angry and is justified if he seeks social change or justice for his mother or his full rights as a son. However, this is not what he does, instead he is unthankful for any blessings and eager for more than he deserves.

Edmund is not seeking justice, but wishes to take from his older brother what is his. Edmund is not even after revenge for slights suffered. He wants power. This is a more serious version of my taking candy from Daniel over the space gun “incident.”

Edmunding is turning a sympathetic situation into an excuse to get what one wants disconnected to justice, restitution,  and mercy. In the play, Edmunding leads to unhappiness, death, and destruction. Edmund shakes off not just unjust custom and the evil name “bastard” given to a child, but becomes a bastard: a despicable person. Why? He does not wish his fair share of the estate, but all.

He is destroyed by his illegitimate desire.

Shakespeare is subtle, like life, because Edmund is justified in many of his complaints. Any decent person says “yes” to some of what he says, cringing at the slights that have hurt him. We do not, in one sense, blame Edmund for being as he is. The turn to wickedness is understandable, yet this turn does not help Edmund even if he had succeeded. Where he had choices, or received benefits, he did not allow those blessings to make him better, but speed his decay into anger. Shakespeare gives Edmund the dignity of choices that can be judged good or bad and Edmund by Edmunding has chosen badly.

Generally a prudent man does not accuses others of Edmunding. Why? Too often this is a way to avoid proper restitution. Instead, this lesson is best applied to self: where am I failing to seek justice, instead pushing my advantage?

And Daniel? I owe him a candy bar I suspect. 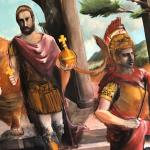 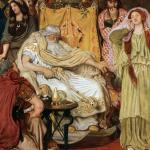 November 10, 2019 Being Cordelia: She Would Not Flatter for a Kingdom (King Lear, William Shakespeare)
Browse Our Archives
Follow Us!