What’s happening at Edgestow? (A Parody of a Bit of That Hideous Strength) 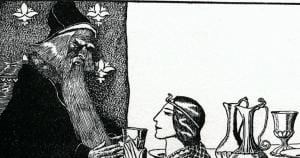 In his prophetic novel on culture, particularly on the state of education, CS Lewis describes the fall of a young academic, Mark Studdock. His decay is his fault, he longs for “the inner ring,” acceptance with the in-group. His first job is at Bracton College and the “progressive element” of faculty and administrators is determined to change things: more administrators, less scholars, fewer teachers, greater leftist ideology*. The focus of any planning is on size, power, and money.

To achieve these goals the progressive element is willing to do business with the worst people in Britain, the nefarious NICE. Studdock ends up working at the NICE and discovers this group controls most of the media and power structure in Great Britain. They engineer the news, including a riot that occurs in Edgestow and around the University. This planned riot distracts the public from the real evils being done at NICE and the destruction of the University’s values, beauty, and educational mission. The riot also gives the NICE emergency police powers in Edgestow after Mark writes editorials (before the riots!) calling for such powers.

Anyone who has ever worked in higher education recognizes the story perfectly. For decades many traditional Christians have been discussing the decay of even Christian institutions from structures led by teacher-scholars to professional administrators. Several times a year for many years, I will write on this topic and I will always get emails from schools that I hardly know saying: “Things for commenting on our situation.” The topic is evergreen, not in the Christmas tree sense, but like a spreading mold.

If there is one thing that makes a “progressive element” nervous it is an unplanned riot from donors, alum, or faculty. On the other hand, done correctly, such schools can marginalize dissent by silently promoting useless or extremist dissenters or topics. “Are you one those those people,” is a great way to avoid higher education hard questions.

If Mark Studdock had wanted to quiet worries about what was happening at a university, say his own Edgestow, and distract the folks, how would he have done it? I have taken one of the articles that Studdock “wrote” in the novel to show that the CS Lewis picture of how audiences are manipulated still works.

What is happening at Edgestow University?

That is the question which John or Jane Christian wants to have answered. Changes at the University that move us forward to the future are needed to keep Our School strong, yet now we hear of opposition at that might stop Our University from growing.

That means Edgestow is yours and mine. We are not administrators and we do not pretend to know what the master brains of the University are thinking. We do know what each man or woman expects of it. We expect a solution of the race problem, the unemployment problem, the cancer problem, the quality enhancement problem, housing problem, the problems of currency, of war, of education.

We expect from it a brighter, cleaner and fuller life for our children, in which we and they can march ever onward and onward and develop to the full urge of life which God has given each one of us. The University is our instrument for bringing about all the things promised for the Millennium, only delivered now. We want Heaven in the here and now.

Meanwhile—what is happening at Edgestow? Do you believe discontent with needed changes arose simply because Mrs. Snooks or Mr. Buggins are offended by chants that “Hey, ho, hey, ho academic culture has to go?” Mrs. Snooks and Mr. Buggins know better. They know that these changes mean more students for Edgestow, after they get rid of the deadwood, more programs though closing programs, a larger pool of administrators to share the burden, a burst of undreamed-of prosperity and growth. I say any discontent has been ENGINEERED.

This charge may sound strange, but it is true. Therefore I ask yet again: What is happening at Edgestow? There are traitors in the camp. I am not afraid to say so, whoever they may be. They may be so-called fundamentalists. They may be financial interests. They may be the old cobweb-spinning professors and philosophers of Edgestow University itself. They may be aging alum afraid of the future. They may be lawyers. I don’t care who they are, but I have one thing to tell them. Take care. The people are not going to stand this. We are not going to have the University sabotaged by whining malcontents that will never enter the Promised Land.

What is to be done at Edgestow? I say, put the whole place under some stern administrative oversight. If those rigid critics thought administration was large before now, show them that we have not even started hiring sub-wardens yet.

Some of you may have been to Edgestow University. If so, you’ll know as well as I do what it is like—a little, sleepy, Christian place with half a gross of administrators  who have had no time to do anything for ten years but produce the paperwork that keeps the University running.  There are not even enough copiers. It doesn’t make sense to expect these poor old administrators to deal with an ENGINEERED OPPOSITION. We need to match the state schools and develop just as large a cadre of administration even if that means closing every department not on board.

What I say is—Hats off to those patient present administrators and those brave women, brave men, yes, and brave zer too. Give them a free hand and let them get on with the job. Cut out the Red Tape and hire some more admins. I’ve one bit of advice. If you hear anyone back-biting the administration, tell him where he gets off. If you hear anyone comparing them to the Gestapo or the Ogpu, tell him you’ve heard that one before.

If you hear anyone talking about academic freedom (by which he means the liberties of the obscurantists, the Mrs. Grundies, the Bishops, and the capitalists), watch that man. He’s the enemy. Tell him from me that the administration is the boxing glove on higher education’s fist, and if he doesn’t like it, he’d best get out of the way. Meanwhile—WATCH EDGESTOW.*

*A progressive element can be on the political right or left.

Parody of an article by Mark Studdock defending the NICE in That Hideous Strength by CS Lewis. Buy the book and ask questions. 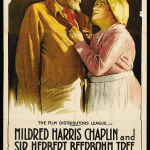 December 11, 2019
On Aunt Tilley and Christian Higher Education
Next Post

December 13, 2019 To Dream is Hopeful, to Do Divine
Browse Our Archives
Follow Us!

The Case for Having Children
Cranach
Related posts from Eidos

Evangelical
On An “Essential Truth” in a Community
Eidos

Evangelical
Ten Things You Must Avoid in Picking a...
Eidos 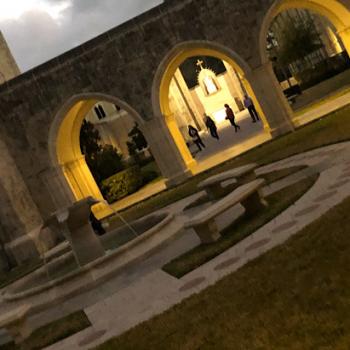 Evangelical
For the Love of the Logos: Ten Helps
Eidos 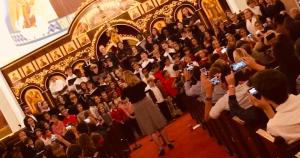 Evangelical
To Dream is Hopeful, to Do Divine
Eidos
TRENDING AT PATHEOS Evangelical