A Critic Responds to His Critic

Jeff Williams has presented his ideas frequently here and one professor, Dr. Eric Holloway, took on his approach to ideas. Mr. Williams responded, a response sadly delayed by my decision to focus on the positive during the early stages of the pandemic. To be fair to him, I present his response to his critic (unedited) here:

A Response to a Very Sincere Critic

Theists find it increasingly difficult to justify their faith as human knowledge advances, and with that become increasingly emotional in response. Those reactions often include facile denial, misrepresentation, misunderstanding, and evasion. Rarely, however, do they include anything like substantive engagement with the argument that has so disturbed their composure. I’ve reached the point where I believe that if I haven’t set someone off into a rage, I probably haven’t sufficiently made my point. In that regard, I would like to thank Dr. Eric Holloway for his heartfelt response to the ideas and arguments I have put forth in this estimable blog.

From what I could gather, it appears the good Doctor has two objections to my presentation which, while not exactly rebuttals or substantive engagements, effectively express his viewpoint. These two are:

To the question of snobbery, I would point out that I initially introduced myself as a simple semiliterate biker who lives under a bridge specifically to avoid that indictment. However, be the offense my fault or not, it simply is so that my brilliance and erudition are of such magnitude that even a lead encasement can’t fully contain the glow. My sincere apologies for any discomfort I caused the good Doctor.

As to the second charge, Dr. Holloway does admit his failure to grasp the substance of my argument:

“but I ask one thing. That the challenge be intelligible,
so I can evaluate what the problem is with my own view, and learn
something new.

What sort of challenge is not intelligible? Snobbery.”

I am a bit surprised that his advanced degrees in computer science hadn’t better prepared him for understanding difficult philosophical issues, rendering the discussion for him unintelligible and therefore snobbery. What do they teach in computer science then? Apparently not much in the way of epistemology, ontology, or metaphysics. He should have attended the University of Chicago where such deficiencies never go unaddressed.

I have a more direct explanation of my position here, should he wish to remedy his lack of apprehension.

A more careful reading would reveal an argument that questions the validity of the Cartesian metaphysical assumption of nonphysical mind, the successful trend among thinkers from Bacon to the present to increasingly incorporate metaphysical topics into the realm of objective science, and why mind is but the latest example. It also traces increased scientific knowledge, especially in physics and neuroscience, that was unavailable to Descartes, and a discussion of why these new avenues reside within a new paradigm that has some potential to establish mind as a physical entity.

Should the good doctor ever discover the subtle distinction between appeal to authority and building an argument from principles and discoveries of leading thinkers, I would welcome him to return with a calmer and more substantive response to the arguments I made. He could do it here, or in the comments section of the essay to which I linked above.

Background on the Discussion (Link Loaded Summary, Very Skippable): What is going on?

Mr. Williams previously argued that Athens has no need of Jerusalem, which contributes nothing good to Western civilization. I responded and enjoyed the interaction immensely. Mr. Williams has taken the time to discuss Martin Heidegger, a philosopher not much in favor when I was in graduate school. I have enjoyed reading more Heidegger (alas in translation). As usual, I allowed his post to stand without comment for a time and now here is a  response. Mr. Williams suggested to me that I had not gotten him right, so it seemed decent and in order to let him respond. I suggested that Mr. Williams has ended up looking for a pony, because he has found a pile of LEGO blocks shaped like a pony.

Mr. Williams felt I had done him wrong so he wished to summarize his credentials and his case. The first are impressive, the reader can decide on the merits of the second. Our reader or so will be delighted to discover that I will only have a brief response to this extensive rebuttal by Williams. We may then turn to Shakespeare! 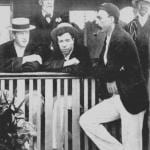 August 29, 2020 On Shakespeare (A Response from a Critic)
Browse Our Archives
get the latest from
Eidos
Sign up for our newsletter
POPULAR AT PATHEOS Evangelical
1 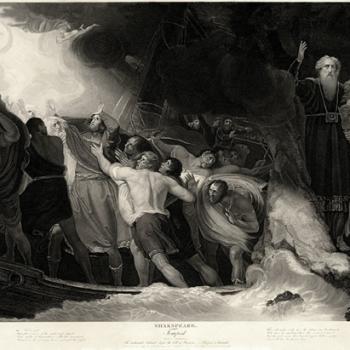 Evangelical
At the end of the Storm, Divine Happiness...
Eidos

Evangelical
An Apologia for my Fandom: Why care about...
Eidos
TRENDING AT PATHEOS Evangelical