Saving Our Rational Souls: On Reading Plato (A Short How To Because You Should Do)

Saving Our Rational Souls: On Reading Plato (A Short How To Because You Should Do) October 18, 2020 John Mark N. Reynolds

There must be somebody who loves Plato the first time they read him, but I was not that man. I read Republic and the entire book seemed needlessly complicated, full of obscure arguments, and Socrates talking to horrible students. The problem was I . . . of course. Plato is beyond my judgments!

Pause a minute and consider how obvious that truth is. Plato helped found philosophy and much of what we believe is either something he discovered or a reaction to his errors. No sane person can question his greatness or importance, but Americans are not used to reacting to art with humility.

My first response to a movie is: “I did not like it.” This may be true. I am entitled to my likes and dislikes, but my emotional reaction to the film says nothing about the quality or importance of the movie. Sometimes a film is very good, but over my head or I am simply in a bad mood. Yet think: what was the last time you heard someone say, “I bet that was a great movie, but I just did not get it.”

Most of us have been taught that our feelings about a work of art is the most important fact about it.

This is dangerous, especially when it comes to something from another place, culture, and time. When it comes to people, we recognize that we must overcome any prejudice or “strangeness” and learn. . .or learn to learn! We must do the same with human art.

Plato lived a long time ago in a society with very different assumptions. Perhaps the most liberating thing I have learned in a lifetime of reading books is that I must see what is lovable in a work before I can criticize it.

I learned to come to Plato with humility and then a whole world of joy opened up to me.

Read Plato. Don’t be controlled by anything I say, just read Plato. Three guidelines might help get you started.

Plato writes dialogues. They are works of dramatic fiction. Do not forget this . . . ever. Plato is not describing an actual conversation, but a literary one. Imagine you are reading a script for a play that can only take place in your mind. Why only there?

A dialogue is designed to make you argue with the text. Plato is dead if you just agree with him and take notes. He wants to bore you, make you mad, get you to react. Speak back to the text. If the students seem dull, suggest what they should have said. If Socrates seems wrong, tell him so. Plato wanted his writing to be alive.

The dialogue is both simple and remarkably complicated. Plato was a world class genius: the kind of guy a CS Lewis, a Dorothy Sayers, or a Tolkien spent a lifetime trying to understand. He is capable of writing so that anyone can understand some of what he is saying, but writing with a depth and care that is startling.

Let me give you one example from a dialogue about the death of Socrates: Phaedo. Plato only mentions himself in the dialogues twice and one of those times is in Phaedo. Socrates has irritated the leaders of Athens one too many times. He is teaching the young people to think . . . to challenge the system of educational exploitation in the city and the leaders hate him for it.

They stir up the people and get Socrates put on trial. He loses his case (see Apology) and the Phaedo is Plato’s story of the day of his execution, but Plato mentions that he was not there. This is a weird “fact.” If he was not there, how does he get the story? How sick would he have to be to miss the death of his beloved teacher when everyone else was there?

Plato was obviously very sick in his story about that terrible day or he would never have missed the last conversation with his teacher. On the other hand, Socrates seems well right up to the time he drinks the poison. The man who is to be executed is well, the student (who will live to be an old man) is sick.

Was Plato really sick and did he really miss the death of Socrates? There is no way to know. Phaedo is an invitation to dialogue with questions Plato provokes in us, not a book of answers.

Here is a simple pattern for reading a Platonic dialogue:

Start with two Platonic dialogues from early in Plato’s career: Euthyphro and Phaedo. He was still a young man trying to make sense out of the murder of his teacher when he wrote these pieces. How could his beloved Athens, the freest city in the world, kill the father of philosophy? He spent a lifetime thinking about the tragedy and out of this hard wondering came a desire for wisdom: to know the truth.

Euthyphro is a set up to the trial of Socrates. The old philosopher is on his way to court and meets a friend: Euthyphro. Plato knew that any reader knew the outcome of Socrates’ trial. He was on his way to die.

Socrates meets Euthyphro who is in court to accuse his father of murder. This sets up the main theme of the dialogue: piety versus justice. Plato assumes (as he should) that we owe our parents honor and the city justice. Socrates is concerned about Euthyphro who seems unaware of the conflict. He picks his city all the way.

Stop and consider:
You might have to do an unpleasant duty, but should you be happy about it?
What does it mean to be good?

This dialogue is most famous in philosophy for a dilemma: is a thing good because God wills it or does God will it because it is good? There is a lot of thought in philosophy of religion regarding the dilemma and some atheists think the Euthyphro shows that God is not needed for morality.

Here are two questions to consider:

Were you there when Socrates died? So begins the story of the death of Plato’s master and we learn right from the start that Plato was not there. The conversation is dominated by three arguments for the immortality of the soul. These arguments have generated a huge amount of philosophical discussion and still have defenders today. Forget them for your first read. Instead, see the discussion in the context of the plot: the death of Socrates. He knows he will die soon, but he chooses to spend his day in community. Read the first sentence. Why does being there matter? Can we be there at the death of Socrates?

Plato thinks we can: at least the death as he believes it should have happened. Socrates is stuck talking to two enthusiastic, but incompetent students. This is comforting, because this is a role I feel I can fill! They often misunderstand what Socrates is saying and are too quick to agree with him. The best moments of the dialogue come when they are bolder, when they disagree or admit they do not understand. Here are two questions to consider:

Socrates died with his eyes wide open, looking boldly at death and all the mysteries of the other side. This is the attitude he had all of his life. He did not just get old, he grew up. This is not getting talker, but going higher. We are reminded of two facts about the death of Socrates: poison and prison. Socrates was executed by drinking poison. This method depends on the executed man agreeing to his punishment. He takes the poison, drinks, and dies. Athens has left the man with some control over the moment of his death, a shred of dignity. The cup contains death, but the man drinks the cup and so is freed from prison.

Socrates “prison” was not much. Don’t think Alcatraz, but a house with some ankle chains. Athens seemed eager for Socrates to leave and spare them from following through on their decision. Did they want him dead or did they hope his rich friends would send him off to another town? They delayed his execution long enough to let him run, gave easy access to Socrates, and did nothing to prevent his rich friends from setting plans in motion to flee. Socrates refused to leave his prison as a prisoner. He forced Athens to face what the democracy had become: a majority manipulated by demagogues. He would only leave prison as he entered: refusing to lie, play games with tyrants, or compromise his pursuit of truth.

It is the shame of our time that Christian American leaders are less brave with less integrity than the pagan Socrates. If the people choose badly, we glorify their choice as if the voice of the people is always the voice of God. If a man is powerful, we justify his misdeeds, overlook his faults, and try to curry his favor. We do all we can to escape and we act as living in this world is always better than dying.

Socrates showed us that it is not. Better dead, than well fed exiles from our values. Christians of all people should die with their eyes open . . . looking past death. . . at as Life Himself welcomes us home. 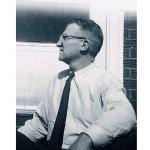 October 19, 2020 The Legend of Charlie Arms and Being Ready if We Can
Browse Our Archives
get the latest from
Eidos
Sign up for our newsletter
POPULAR AT PATHEOS Evangelical
1

What “The Rise and Fall of...
Between Two Kingdoms
Books by This Author John Mark Reynolds

Jane Marczewski will not continue on America’s Got...
Jane Marczewski, aka Nightbirde, earned a standing ovation when she auditioned on...
view all Evangelical blogs
Copyright 2008-2021, Patheos. All rights reserved.