Write a great book and you are still likely to throw out a dumb aside comment.

A temptation in reading older books is to find something quirky or false in them, even a widely shared belief, and place that quirky belief on par with the central argument in the book or writing. Saint Clement uses the phoenix as a natural example of “resurrection.”  This is not his best moment, but never fails to revive the interest of a Harry Potter reader. If you are quirky, as I have been known to be, you start wondering if maybe there was a phoenix. Worse, if the reader is wishing to ignore the main point of Clement’s arguments about humility and the nature of the Christian faith, then you might look at this mistaken belief to dismiss his central claims.

Arguments, especially in polemics or letters, often are cumulative cases. The writer will cite the central ideas supporting the case and then add other examples. If Aristotle, for example, had peculiar views on biology, cosmology, and human nature, then many writers in an era where Aristotle was in vogue might clinch a case by referring to his views. “Even Aristotle!” the writer adds and later everyone wishes he had not.

Plato also is used this way by Saint Augustine in the “even your own scholars say. . .” kind of clinching argument.

Beware the Advocate in Search of Fodder!

If you are (as I am) a Platonist, you might be confused into thinking that Saint Augustine or even sacred tradition quoting Plato in this way (Plato being so quotable!) is a reason to embrace Platonism.

This would be wrong.

There are good reasons to be a Christian and a Platonist, but such side arguments or clinching cases in a text with other central arguments or concerns that are not part of that case will not do. An argument that is mainly made in theological terms also may throw in some ancient philosophy or science, but that is a side note. This is very interesting to scholars who are specialists, but can be a seriously misplaced digression for a teacher if one only has a few hours to introduce a major work like The City of God.

Advocacy scholarship, going into research knowing or hoping what one should or must find, is always a danger. It is easy to fool ourselves. The side case can be easy pickings for such bad practices.

Aristotle was a great philosopher and he is a root cause of modern science. He had horrible views on women and “natural slaves.” For centuries Aristotle represented the best science on such topics. Sadly, as an aside, many Christian writers would support otherwise sound doctrines with references to Aristotle: the equivalent to mentioning the Phoenix in Clement. Misogynists or opponents of early Christian writers (the tradition!) can have a field day if they make the side argument the main argument.

“Ha!” this advocate natters, “the tradition says this and that. They are both traditional!” This pretends the aside, the “and also,” in a cumulative case argument is equal to the main thrust of the case. Yet belief in the phoenix is not a central claim regarding the resurrection of Jesus, no matter how often repeated as an interesting and colorful aside in letters, sermons, and arguments in the tradition. This is not unique to the ancients. Pop culture or “scientific” asides are still almost impossible for writers or speakers to avoid!

There was an unfortunate leader that used Star Trek and the “first interracial kiss” as an aside while making an argument for “interracial” marriage. His main arguments were sound, but his aside has not aged well. The episode is, as they say now, problematic. That would not make the general case for interracial relationships any less good, since it was based on Scripture and Church history. However, a critic could point to the aside, and if the pop culture reference had been picked up widely (thank God it was not!), use it to dismiss the general case.

“See!” the advocacy scholar could say, “They did not just use Scripture and church history, but this wretched Star Trek episode. If you use one, then you must use the other.”

The quirk about Kirk and Uhura could be used to overshadow the main argument. 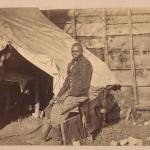 May 13, 2021
Black Americans Were the Critical Factor in Winning the Civil War
Next Post

May 15, 2021 The Master Teacher Reasons and Reveals Beauty
Browse Our Archives
get the latest from
Eidos
Sign up for our newsletter
POPULAR AT PATHEOS Evangelical
1 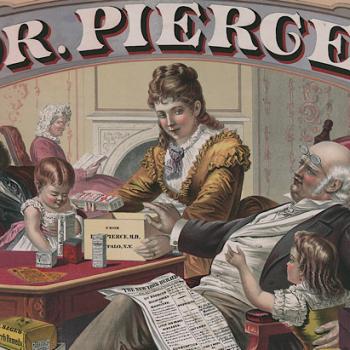