Both Voices: Hearing All of Humanity

Each sex has a complementary role to the other and have different voices, a beautiful harmony, while both are fully human in essence.

Sadly, evil people use differences to destroy, steal, and kill. When the female and the male voice are not expressed in the fullness of a life or society, then we do not hear the full voice of the Image of God.

If a man, it is vital to think as a woman and the best way to do this (as a man) is to listen to women.*

So Plato taught and the Church agrees.

In Plato’s Symposium, the fools who are running the discussion ban women, and their speeches grow more ugly as the evening progresses. Only when Socrates introduces his (perhaps fictional) teacher Diotima, a woman who loves wisdom, does the dialogue really begin. Before that point half the human voice was missing and so the discussion had become garbled.

Dante cannot reach Paradise without coming to terms with Beatrice. He believes he has loved her, but she points out that his love was merely lust. He did not love her or her voice. He is saved because The Mother of God, Saint Lucy, and Beatrice intervene on the poet’s behalf. The poet wrote a great deal about women, but he never produced a divine poem until he heard the voice of women.

Evil is tricksy and so different energy, the different voices, are associated with power. One voice is given power, the other excluded. A human treated unjustly cries out for justice and so harmony is destroyed. An icon, a role, is not power, but art. There may be a particular power that comes from the role of father, but all humans know the power that comes from the iconic mother figure! The roles are so fundamental, they cannot be denied, but the power of the role might be appropriated.

The father crushes the voice of the mother and her wisdom. He does not listen. This is injustice and so the loving relationship formed at creation is ruined. He does not hear or recognize the power of the woman’s voice in the family. Whenever both voices are not present in a family expressed, something is missing. God can have grace, but a just family helps each person flourish, using all the gifts God has given. If there are generalities about a man’s voice or a woman’s voice, then there are also glorious exceptions, the man who sings soprano or the woman born to hit bass notes.

Every voice finds a place in the Divine Opera!

These beautiful truths can only be affirmed if in practice every voice can be heard. A business, church, or states cannot be just, if the voice of women is stifled.* If the priests of the church are icons of fathers, then a good father will be seen when he listens to the wisdom of the mothers of the church. Imagine a man who claims to love wisdom, but cannot hear Wisdom as she cries out! This is the man who will heed the Apostles, but ignore women like Nina, equal to the Apostles. Such a false father is either ignorant of church history or full of wickedness. He would be a father without a mother!

If there are roles for a gendered voice, then surely there are vastly more roles that are merely human: prophets, rulers, teachers, evangelists. We will know justice when there are obvious ways for all God’s children to be heard and exercise their gifts.

Female and male, we are fundamentally more alike than not. We glory in the differences and live in the similarity.

*Women should listen to men as well, but for most of human history that has not been a problem. 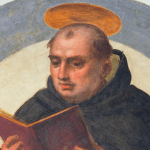 June 1, 2021
The Ancient Discovery of Common Theology to Save Our World (Guest Voice: Dr. Eric Holloway)
Next Post 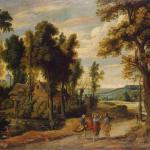 June 3, 2021 Jesus and the Dialectic
Browse Our Archives
get the latest from
Eidos
Sign up for our newsletter
POPULAR AT PATHEOS Evangelical
1

Steven Furtick is the Most Dangerous...
The Chorus In The Chaos
Books by This Author John Mark Reynolds