Likely Wrong: Biblical Egalitarianism Regarding Some Religious Roles is Implausible

Sometimes the angels are not in the details, but the general structure.

Advocacy scholarship can get almost any result from almost any set of data. There are at least sixty-six books in the Scriptural canon, most Christians think there are more, and in such a broad set of books, if one is determined to find something there, codes for the end times, Free Masonry, egalitarianism in religious roles, then sufficiently clever people can. Advocacy scholarship always wishes to dwell on particular details, never on the sweep of the whole of the corpus being considered.

This is not just true in religious literature! 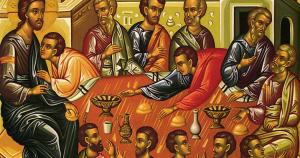 If one  just looked at Parmenides, then mayhap Plato did not believe in that troublesome theory of forms at least by the end of his life. If the Timaeus seems to refute this possibility, then one need only move Timaeus from being a late period dialog to a late-middle.

The question naturally occurs: why would anyone believe this about Plato in the first place?

If one was a Platonist, convinced that Plato was mostly right about things, and in the middle of the twentieth century found “the Forms” a metaphysical embarrassment, then very clever philosophers could work hard to talk themselves into thinking Plato did not assert the Forms existed by the end of his life. They did! For a bit, this view was even dominant. After a rush of attention, almost nobody outside the initial group ended up buying the argument. Why? One could focus on particulars of the Platonic canon, but the weight of the text pointed to a belief in the Forms. The need to give a new date to Timaeus was just one example of the kind of special pleading in which such scholars (many world class) indulged. They would, I am convinced, have passed a lie detector test that they got their ideas from reading Plato, but seventy odd years later the roots seem obvious.

The difficulty was the inability just to say that the great philosopher was wrong, obviously wrong, about such an important fact in his philosophy.*

Let us consider the collection of books in the Bible and ten sweeping facts about which everyone agrees about the whole of the Biblical witness:

Given the length of the texts involved, and all the details, one could bog down in advocacy scholarship easily. What are equivalent facts to these from the Bible in terms of quantity of text or importance given to these facts in the text? What is, for example, the female equivalent of the Levitical priesthood?

The normal, often acceptable, counter-argument is historical and cultural influences on the writers. One can and should not expect God to speak in mysterious code to His People. He did not. Instead, God would often use comfortable images or language that could be comprehended at the time.

The scholar argues: “The overwhelming surrounding cultures of the time were patriarchal and the texts accommodated the cultures.”

This can be a good argument, but is not persuasive in the case of religious roles.

Ignore for a moment that the Chosen People were also patriarchal or the interesting question of how many matriarchal societies (or egalitarian ones) have ever existed. Instead, simply note that in both the Old and New Testament period, priesting, religious leadership, was one thing that many pagan women did in many cultures at many times.  The Old and New Testament provide fewer and less obvious powerful continuing religious roles than one can find in Ancient Rome (for example). There were roles held only by women in Rome that had religious power.

Assume for a moment that a few women are called “apostles” in some sense of the term in the New Testament. This is still not the same as the continued power exercised by several orders of classical era priestesses. The Jewish Old Testament and Christian New Testament provided fewer examples of religious roles for women than one can find in contemporary literature from each period.

Idols, for example, frequently were of powerful female deities. Powerful religious cults were restricted to women and had influence on politics of the time. For a Greek or Roman seeing women in priestly functions would have been natural.

The movement of Scripture from the first text to the last is also not a movement from fewer examples of women in religious authority (particularly priesthood) to more. Instead, women are mentioned in both the Old and New Testament in many different roles, but this is exceptional in the text.

If egalitarianism in religious roles is my wish, give me classical paganism, not Judaism or Christianity as found in the Bible. Do not confuse this with family codes or political power in other cultures. Whatever is true of patriarchy, matriarchy, or egalitarianism in the surrounding cultures regarding family or politics, the New Testament world gave women powerful priestly roles in pagan culture that the Christian world did not ever equal.

A Junia here or there is tokenism.

Naturally, the ontology of being human in the books of the Bible from first to last make women and men equally human. The role of being a priest was reserved to Levites, but I assume nobody thought as a result that members of the tribe of Judah were inferior in terms of being human or that members of the tribe of Issachar could not sacrifice animals nearly as well as Levites. These were roles, icons.

One could adopt a view that this is an unfortunate truth about the Scriptures (as a whole) and that germs of something better are found there. One could adopt the position that since all roles must be open to everyone religiously, that must be what the Bible books really meant.

I do not think that is plausible and will only comfort a few insiders for a time. Much better to adopt a more progressive view of Biblical authority that says the stories in the Bible are often wrong, but the core message of Jesus (insert whatever this century would be comfortable with this being) can be mined from the text. The scholar or particular believer corrects the witness of Scripture. Perhaps best of all, we could doubt the idea that egalitarianism in religious roles is necessary for justice and accept differences.

The force of this particular egalitarian argument regarding  religious roles may depend on an opponent with a very bad or extreme set of views.

This advocate of injustice, extreme patriarchy, cannot abide any exceptions to general rules in religious life. Nina, equal to the Apostles, distresses him. He downplays the Mother of God, Queen of Heaven. He cannot, like all the ancient Patriarchates of the East, even consider that Junia was equal to the Apostles. He conflates this one role with every other and so practices and promotes injustice.

Instead as almost all global Christians do, one could accept different roles in religion for males and females and explore ways that both religious roles can be made beautiful and glorious.

*I am a Platonist, even about a Form of Good, and so do not share the concern!

**I am a feminist in (I hope) many important respects. I am not commenting here on roles in the family, state, or business where I think justice often demands “both voices.” Like almost all Christians at almost all places at almost all times, I also think some religious roles are restricted to men or to women: fathers or mothers of the Church. 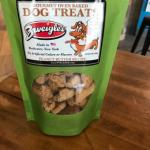 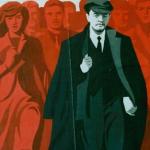 May 31, 2021 Celebrating Memorial Day: God Bless South Korean, Vietnam, and other Cold War Vets
Browse Our Archives
get the latest updates from
Eidos
and the Patheos
Evangelical
Channel
POPULAR AT PATHEOS Evangelical
1

The SBC Executive Committee Betrays Its Mandate
The Southern Baptist Convention (SBC) is in trouble. The question is: is...
view all Evangelical blogs
Copyright 2008-2021, Patheos. All rights reserved.