On the Passing of Alan Rickman and the Adaptation of Books to Film January 14, 2016 David Russell Mosley 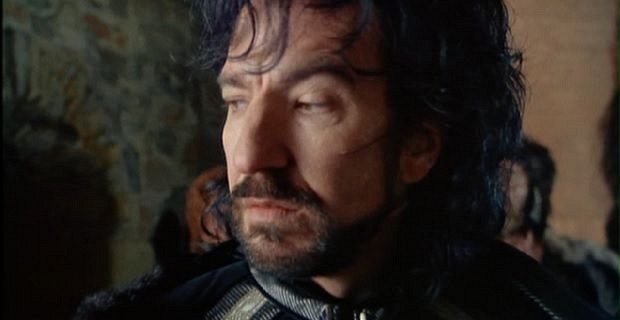 As many of you have already heard or read, Alan Rickman, an excellent actor, has died. Rickman has always been one of my favorite actors. My first introduction to him was in the simultaneously wonderful and terrible “Robin Hood: Prince of Thieves.” While Kevin Costner’s Robin Hood leaves much to be desired (including hair), Rickman’s Sheriff was a revelation. The line, “I’ll cut your heart out with a spoon!” will never leave me, for better or for worse. In addition to being the evil sheriff, Rickman will remain for the epitome of Colonel Brandon, the once jilted lover who has now fallen for the emotional and opinionated Marianne Dashwood. His gravitas in that role made me believe that he not only loved the young girl, but himself suffered heartache from a lost love. For many, however, especially of those younger than me, Rickman will forever be remembered for, in some ways a similar role, his adaptation of Professor Severus Snape. Rickman, of course, has played many roles over his career, but I focus on these for two reasons. First, they are those most well-known to me. They come from some of my favorite films. Second, they are characters whose origins are in books.

Christopher Tolkien, youngest son and second youngest child of J. R. R. Tolkien, is famous for his opinion that Peter Jackson’s adaptations of his father’s work have no value. They have evacuated any sense of beauty or theology that underpinned them. Or so Christopher Tolkien believes. He, however, misses something and this returns me to Rickman’s career as an actor who played literary characters. Any adaptation of a book, however good or bad, tends to do one very good thing: it inspires the viewers who have never read the book to do so. This isn’t always the case, but I believe it often is. Many have turned from Jackson’s films to Tolkien’s books for the first time, precisely because they saw the films. In Rickman’s case, this was how I came to read Sense and Sensibility. I watched Ang Lee’s adaptation and loved it and so turned to the book. Similarly was I turned to various Robin Hood stories thanks in large part to “Robin Hood: Prince of Thieves.” Many have likely begun to read the excellent Harry Potter series because of the film adaptations (some of which are quite good and others of which are really not). Rickman, often playing the villain, therefore serves as a conduit from film to book for many. I for one can no longer read the lines of Colonel Brandon or Severus Snape without doing so in Rickman’s voice. He has helped shape my imagination concerning those characters.

Rickman was an excellent actor and he will be missed. However, we still have his body of work and I hope and believe that those portions of it which are adaptations of books will continue to help shape the imaginations of new readers and help them discover new books that might not have read had they not seen the film first.

I leave you with this spectacular video of Rickman making an epic cup of tea:

January 7, 2016
Catholic or Pagan Imagination: A Response to Colleen Gillard
Next Post

January 19, 2016 Is Narnia an Allegory?
Recent Comments
4 Comments | Leave a Comment
Browse Our Archives
get the latest from
Catholic
Sign up for our newsletter
POPULAR AT PATHEOS Catholic
1

Civil Unions? Move Over Francis, Benedict's...
Cracks in Postmodernity
Related posts from Letters from the Edge of Elfland