On the Reader’s Imagination: A Reflection on Reading and Meaning

On the Reader’s Imagination: A Reflection on Reading and Meaning January 19, 2017 David Russell Mosley

Yesterday afternoon I sat down to begin reading C. S. Lewis’s The Silver Chair. I have the HarperTrophy editions from the early 2000s with the gaudy and shimmery covers and the little seal in the corner reminding us of the forthcoming film version of The Lion, the Witch, and the Wardrobe. As I thumbed it open I came across the cast of characters list and was immediately transported back to the first time I read these books.

I was still in elementary school when a classmate told me about these books. I believe we were sitting in music class not paying attention. We were never close, but we apparently shared a love of fantastic literature of varying levels. I was very into Greek myth and the Animorph books at the time. So, I grabbed our library’s copies of the books and began reading. I remember one night reading all the way through The Silver Chair while sitting at the desk in my bedroom. But I digress. It was the cast of characters list that drew my attention early on.

You see, being a child, I had no idea that this was just a general list of all major characters mentioned throughout the 7 books. I thought it was a list of all the characters in any given book. Oh the confusion this caused when I read one of the early books and never got to Uncle Andrew or Eustace Scrubb. My child’s mind imagined that all these characters would be present and wondered how and when I would encounter them in any given book, usually to be disappointed. Still, as I reflected on this yesterday, I was led to further thoughts on the reader’s imagination.

I mentioned the other day a book about dragons my children like to read. Just before George and his Grandfather set off on their dragon hunt, the Grandfather has George load equipment onto a boat. One piece of that equipment is an ancient yellow map. Alas, since the boat disappears a few pages later, we get nothing more about this tantalizing map. I actually have a mind to write a story about a grandfather and grandson (or perhaps father and son or mother and daughter or something and someone) going off on a dragon hunt that includes and requires this ancient yellow map. But what of it? Why does this matter?

Well, I think a good reader (and I hope I am one) is one whose imagination is capable of reading more into a story or a word or a scene than the author necessarily intended. This doesn’t, of course, mean that good readers always write stories about those things (whether directly as in much fan fiction or indirectly) but that that kind of move from the reader’s imagination to the reader’s sub-creation (to use one of Tolkien’s neologisms) is not an unnatural one. Tolkien, in fact, was rather preeminent at this.

Take, for example, ents. Tolkien began to explore the idea of ents upon reflecting on the different words for giant in Old English (especially from the poem “The Wanderer”). This other word for giant combined with Tolkien’s self-described childhood disappointment at how Great Birnham Wood came to move, gave us Treebeard and the other ents. This was an act of Tolkien’s imagination as a reader, filling in the gaps. One could also point to Tolkien’s use of the name Earendal, his retellings of The Story of Kullervo, Sigurd and Gudrun, Beowulf (especially his fairy tale version, Sellic Spell), and The Fall of Arthur. In each case Tolkien either played with language or with stories to create new stories. This, I think, is part of the reader’s role.

When we read fiction, we use our imagination not only to receive what an author has given us, but to extend beyond what the author has strictly said. This is what I was about when I contemplated dementors and their ability to consume souls in Harry Potter. Some of the backlash I received was based around reading the dementors exclusively as they are presented to us in the text. I am happy to do this and it results in interesting readings that I think quite right. And yet, I cannot help but think about the world Rowling has invented, has sub-created, and thus consider what souls are and how they work within the world she has created.

George MacDonald in his excellent essay, “The Fantastic Imagination,” writes, “‘A genuine work of art must mean many things; the truer the art, the more things it will mean.”⁠1 For MacDonald, because we are makers made in the image of Maker (to borrow Tolkien’s language), our creations are bound to have more meaning than we as their authors could ever have intended. In a sense, when I imagine something more about the list of characters in a book or about the ancient yellow map, it is me in my role as sub-creator responding to the author in their role as sub-creator. Everything has meaning and most things have more than one, and most things created by man have more meanings than any individual has intended for them, especially if they are true art. But, says, MacDonald, it is not quite so with God.

“If he be not a true man, he will draw evil out of the best; we need not mind how he treats any work of art! If he be a true man, he will imagine true things; what matter whether I meant them or not? They are there none the less that I cannot claim putting them there! One difference between God’s work and man’s is, that, while God’s work cannot mean more than he meant, man’s work must mean more than he meant.”⁠2

God is not unlike an author, but one key difference between God the author (or God the Poet as I have called him in my book is this): God’s work is bound to have multiple meanings, but there can never be a true meaning he didn’t intend to be there from the beginning. So when I drink my cup of red wine and I am reminded of the Eucharist, this is not a surprise to God. When I read MacDonald’s The Princess and Curdie and watch Irene’s father grow better as he drinks wine and eats bread it’s likely neither MacDonald nor God would be surprised, but even if MacDonald were, God would not be. This is, I think, part of what it means to be a good reader, to be attentive to the layers of meaning that even the author did not intend to signify. But, I think, the best way to be able to see these meanings is to recognize that all stories, all life, is part of one much bigger story or spell being woven by the Holy Trinity.

So, my friends, take and read and see what you may find. 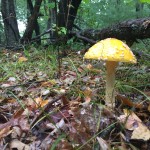 January 18, 2017
Keeping Up with the Elf-Friends: Sick Pilgrim and Breadbox Media
Next Post 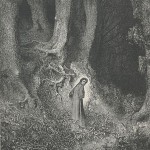 January 24, 2017 (Almost) Midway on Our Life's Journey: Reflecting on My 30th Birthday
Recent Comments
0 | Leave a Comment
Browse Our Archives
get the latest from
Catholic
Sign up for our newsletter
POPULAR AT PATHEOS Catholic
1