Remembering Louis: On the Limits of Charity and the Need for a Government Safety Net

It took me a while to figure Louis out. Like all of the people, mostly single men, who came to the social service agency where I worked as an employment counselor, he was struggling and looking for help. He was homeless and unemployed. Unlike many of our agency’s program participants, he had no history of substance abuse. He was friendly and cheerful. While his clothes were frayed and in need of a wash, he was well-groomed otherwise. He came in looking for help finding a job, but after a few sessions, I began to wonder if behind his spotty employment history was an undiagnosed mental illness. When he spoke, something was a little…off. He was not obviously delusional, as some of our participants with mental illness were. But his sentences didn’t quite hang together, his stories went in circles instead of a straight line, and I had enough trouble figuring out what he was trying to say that I decided a mental health evaluation was in order. 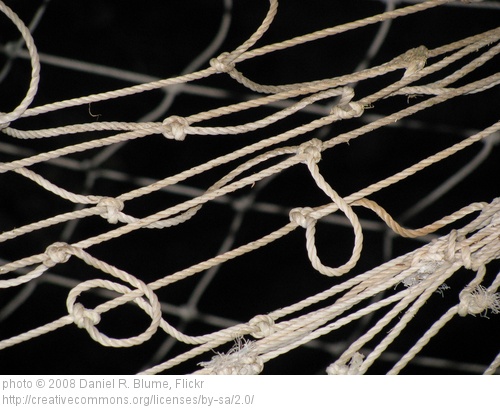 Thus Louis and I began our regular forays into D.C.’s government-funded social service and mental health systems. I made endless phone calls and filled out paperwork to get him evaluated by psychiatrists. I accompanied him to appointments. After many appointments and false starts, he was diagnosed with a mental illness (I honestly don’t remember which one). That cleared the way for him to apply for SSDI (Social Security Disability) and get regular counseling and medication through the city’s mental health service agency. Eventually, with his SSDI income and a housing subsidy, Louis was able to rent a room in a decent building. It was sparse, but safe, clean, and his. Louis would stop by the office now and then in the years to come, sometimes just to say hello. Sometimes to get a bag of groceries from our food pantry. He would tell people with a grin, “My life is so much better now that Ellen helped me figure out that I’m crazy!”

Louis’s story is an example of the promise and limits of religiously motivated charity, and the promise and limits of a government-funded safety net. My agency, funded by a partnership of Episcopal parishes, was a well-managed, well-intentioned, and often effective attempt to follow Christ’s mandate to care for those on society’s margins—the poor, the sick, the unemployed. While we put no religious requirement on participants—anyone could come to us for help, regardless of their faith or lack thereof—nearly everyone who worked for the organization, paid or volunteer, was motivated in part by their Christian faith.

In Louis’s case, our Christian charity was a vital link connecting him with available government services. Our agency, which emphasized looking at each program participant’s unique situation and figuring out the most effective next steps for him or her to take, allowed me to spend time getting to know Louis in a way that a government bureaucracy does not. Participants like Louis didn’t need to verify income or identity or anything else to receive help from us. They didn’t even have to know exactly what sort of help they most needed—just that they needed help. Once Louis and I determined that assessing his mental health was key to improving his situation, I was able to walk him through the needed steps so he wouldn’t get stuck or lost in the government bureaucracy.

But without that bureaucracy—without government programs, including SSDI, food stamps, and housing subsidies—my ability to help Louis in the long run would have been sorely limited. What good would it have done Louis to get an accurate mental illness diagnosis without also receiving government help designed for people who are unable to work due to mental illness? Without a government safety net in place—an admittedly bureaucratic, sometimes impersonal, not always efficient safety net—Louis would have remained homeless and dependent on well-intentioned but limited charitable sources of food, emergency financial assistance, and other support to get his most basic needs met.

As I wrote yesterday, one of the reasons I vote Democrat is that I see the government as having a vital role in providing essential services to the poor, the sick, and other marginalized folk—the people who were the focus of Jesus’s ministry. Charitable organizations and individual Christians can do much to fulfill Christ’s mandate to provide tangible care to “the least of these.” But for Louis’s sake, I’m glad that my and my agency’s Christian charity weren’t the only resources he could call upon for help in his time of greatest need. Louis needed us to see him, to stand beside him as he did the hard work of diagnosis and treatment, to make sure he didn’t get lost in the “system.” But he also needed that system to provide a constant source of income, housing, and treatment so he could live a simple but dignified life off the streets.

Stop Telling Me about the "Lazy"...
Honest to God
Related posts from Ellen Painter Dollar