On Blogging in Response to Tragedy

On Blogging in Response to Tragedy December 18, 2012 Ellen Painter Dollar

As I sat on the sunny bench in my front yard on Friday afternoon, where I had planned to tie up a few loose writing ends and was quickly waylaid by the awful news coming out of the small town not far west of here, I thought about whether and how to respond. I didn’t want anyone to perceive a blog post about this tragic event as a manipulative bid to get page views. I certainly wasn’t thinking about how to use this story for political or self-serving purposes.

I did feel a strong urge to write something, if only to acknowledge what was happening right in my own state, to children the same age as my own. 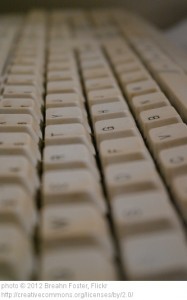 Writing for public consumption is an opaque process in which motive and intent and benefit and cost are hard to tease apart. We bloggers are critiqued as attention-mongers, but the purpose of professional writing is, after all, to communicate with people—which requires writers to pen well-crafted words that will engage readers’ attention. We are conditioned to look for the “news hook,” to write about what is on people’s minds and hearts. This is practical and, yes, self-serving; people are more likely to read something if it speaks to what they are already reading and talking about, and our jobs as writers depend on people reading what we write. But writing about what is on people’s minds and hearts is also an act of service; one of my goals as a writer is to help people explore their own thoughts, feelings, and reactions by offering them words that they might struggle to come up with on their own.

On Friday afternoon, I was overcome by the need to say something, which was partly a normal human reaction (judging from my Facebook feed on Friday afternoon, it was a very common reaction) and partly a normal writerly reaction. My own emotions were so raw that any attempt to put them into words would have been disastrous. So I decided to simply rerun a popular post I wrote in response to another mass shooting earlier this year, about Christians and guns, with a short new introduction. If nothing else, I thought that rerunning the post a mere five months after I first wrote it might drive home the point that mass shootings are becoming tragically frequent. I posted the gun control piece and then closed my computer for the day.

Over the weekend, those of us who raised the issue of gun control in the shooting’s immediate aftermath were criticized more and more for politicizing this tragedy. Some critiques included an explicit or implicit accusation that we were somehow dishonoring the grieving families of Newtown by writing about policy instead of focusing solely on their grief. If I had a friend or neighbor who lost a loved one on Friday, if I were a pastor of a Newtown church or columnist for a Newtown paper, I would likely not have written about guns as my first response. But I’m not any of those things. I’m writing primarily to an audience who is not directly affected by Friday’s shooting, other than being caught up, as I am, in our national grief and outrage.

I’m not a perfect writer, and even my best work isn’t going to speak to every reader. Writing about sensitive issues (politics, tragedy, babies) ups the ante, making it more likely that I will receive both outspoken support and vehement criticism.

When I posted about gun control on Friday afternoon, I didn’t calculate that the shooting was a terrific “news hook.” I didn’t do it to up my blog traffic or score political points. I did it because I felt incredibly sad and scared and powerless. I felt powerless because, no matter how good a mom I am, no matter how responsible a citizen, I cannot protect my children or other people’s children from angry people with guns.

But as a citizen, I am not completely powerless when it comes to making future mass shootings less likely. I can continue to use my platform as a writer to argue that if regulations were in place to make it much, much harder for angry and/or unstable people to obtain weapons of mass murder, if our laws weren’t designed to protect the rights of the “gun enthusiast” over the rights of citizens to be safe from gun violence in public places, we wouldn’t have to endure regular stories of people being mowed down by bullets in movie theaters and workplaces and elementary schools. So on Friday afternoon, I chose to channel my grief and anger and powerlessness into doing one thing that might make a difference for other families—using my platform as a writer to argue for limiting access to weapons that might be used in mass shootings—before I went off to do another, much more important thing—pick up my kids from school and hug them extra hard.

I stand by that decision, and will continue to write about guns as long as I live in a country that continually fails to pass and maintain common-sense limits on gun ownership. As Nicholas Kristof wrote, “The fundamental reason kids are dying in massacres like this one is not that we have lunatics or criminals — all countries have them — but that we suffer from a political failure to regulate guns.”

Writing about gun control did not distract me from the important work of grieving with and for the families of Sandy Hook Elementary School, which we will all be doing for a long, long time. If anything, it has made the grief sharper, because I can’t stop thinking about how much less pain Adam Lanza might have inflicted if he didn’t live in a country where people’s right to own a bunch of murder weapons has been upheld to a nonsensical extent.

Here is another brilliant essay from Garry Wills, writing for the New York Review of Books. Among other important things, Wills says this about those arguing that this weekend wasn’t the time to be talking about guns:

That horror [at Sandy Hook] cannot be blamed just on one unhinged person. It was the sacrifice we as a culture made, and continually make, to our demonic god. We guarantee that crazed man after crazed man will have a flood of killing power readily supplied him. We have to make that offering, out of devotion to our Moloch, our god. The gun is our Moloch. We sacrifice children to him daily—sometimes, as at Sandy Hook, by directly throwing them into the fire-hose of bullets from our protected private killing machines…Adoration of Moloch permeates the country, imposing a hushed silence as he works his will. One cannot question his rites, even as the blood is gushing through the idol’s teeth. The White House spokesman invokes the silence of traditional in religious ceremony. “It is not the time” to question Moloch. No time is right for showing disrespect for Moloch.

I am in conversation with other Christian bloggers about how Wills’s essay might provide a substantive core for a newly energized Christian movement around gun violence. I will share information here as we continue to gather, converse, and strategize a way forward. In the meantime, here is my friend Rachel Stone’s Christian witness on the need for us to stand up in Jesus’s name to prevent future tragedies like what happened in Newtown:

But in many quarters, it seems, to break ranks with conservative American values and say ‘enough with the guns that have no purpose except to kill people’ is a greater blasphemy.

If the name of Jesus is on you–and if you call yourself Christian, it is–then for someone to perpetuate violence in your name is blasphemy. And so I say to lawmakers who won’t stand up to the NRA, who won’t require insurance companies to provide adequate coverage for mental health care, who wage undeclared wars, who criminalize those who should be hospitalized: not in my name.

December 17, 2012
"There but for the grace of God"?: Grace, Darkness, and the Sandy Hook Shooting
Next Post