When Conflicting Stories Are Both True: Illness, Identity, and the Tales We Tell of Living with Disability

When Conflicting Stories Are Both True: Illness, Identity, and the Tales We Tell of Living with Disability March 11, 2013 Ellen Painter Dollar

In his vast and gripping book, Far from the Tree: Parents, Children, and the Search for Identity, journalist Andrew Solomon discusses the two narratives that we use when we talk about life with disability in general, and/or with particular conditions, such as dwarfism, deafness, Down syndrome, autism, or my own genetic disorder, osteogenesis imperfecta (OI). 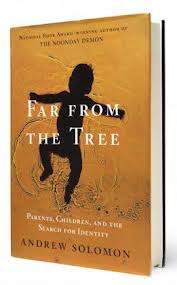 The illness narrative says that these conditions are flaws to be fixed, and if they can’t be fixed, they are to be hidden or eliminated. For most of human history, the illness narrative has been primary. Children born with obvious anomalies were reason for parental shame—hidden away in the home or an institution, perhaps killed or abandoned. Today, children with conditions that cause physical and/or cognitive impairments have many more resources to which they and their families can turn for help. They can be educated in regular classrooms with specialized assistance. They and their families have access to information, support, and community via the Internet and local support groups. But even as we recognize that people with various conditions can thrive with needed supports, the illness narrative is still dominant in many medical and cultural approaches to disability. Technologies, such as cochlear implants for people with hearing loss or medications to improve cognitive ability in people with Down syndrome (still in the earliest animal-model research phase), offer to permanently ameliorate, if not cure, disabling conditions. And reproductive technologies, including genetic screening of embryos and prenatal diagnosis, offer yet another type of technological fix—the assurance that parents can avoid having a baby with a disabling condition if they so choose.

The identity narrative argues that disability is largely a social construct; that is, that people with conditions such as deafness, autism, Down syndrome, or OI are disabled only insofar as the culture and society fail to welcome and accommodate our differences. These differences, the identity narrative argues, are not inherently problematic or undesirable, and in many cases, ought to be celebrated as enriching human life and community. For example, people who are deaf constitute a linguistic minority, and people with autism have a different (not flawed) way of thinking and interacting with the world. People who embrace the identity narrative question or outright reject technological “fixes,” such as cochlear implants or medications that promise to help children with attention-deficit disorders to cope better in school, as attempts to obliterate their identity and their communities. Reproductive technologies aimed at preventing the birth of babies with anomalous conditions are likewise viewed as dangerous assaults on thriving communities of people living full, rewarding lives.

Clashes between the illness and identity narratives are frequent and fraught. Last summer at the biannual Osteogenesis Imperfecta (OI) Foundation conference, when I shared my experience of attempting preimplantation genetic diagnosis (PGD) to ensure that our second baby would not inherit my bone disorder as our first baby did, one woman in the audience raised her hand and said, “I don’t understand why you would go to so much trouble just to make sure you don’t have a child who ends up being like you.” It was an excellent question, but one I could not answer in the terms with which the young woman posed it. My husband and I went to all that trouble to make sure we didn’t have a child who would break her leg on her second birthday, or have six broken bones before her fourth, or have a serious bone infection at age six, or break her arm the night before she would star in the school play, or end up with severe arthritis by age 40 (experiences that my oldest daughter and I have had), not to avoid having a child just like me.

In pursuing PGD, we were largely operating under the illness narrative. But not entirely. I was also haunted by questions about what our pursuit of PGD said about how I valued myself and my daughter who has OI. I was even more haunted by questions about the message that PGD and related technologies send to the wider culture about the value of people like me and my daughter, and whether I was contributing to a perfectionist culture that would eventually require parents to use whatever technologies are available to ensure the birth of genetically healthy children.

The illness and identity narratives are frequently presented as mutually exclusive. This dualism contributes to the combative (and not terribly helpful) nature of some public discourse around reproductive decision-making, in which those fully committed to the identity narrative paint a romanticized picture of life with anomalous conditions, white-washing pain in the name of human variety, while those fully committed to the illness narrative make inaccurate and offensive claims about the burdens that people with such conditions place on families, communities, and government.

As Solomon points out in Far from the Tree, however, this dichotomy is false:

Many conditions are both illness and identity, but we can see one only when we obscure the other. Identity politics refutes the idea of illness, while medicine shortchanges identity…We need a vocabulary in which the two concepts are not opposites, but compatible aspects of a condition. The problem is to change how we assess the value of individuals and of lives, to reach for a more ecumenical take on healthy.

The other day I was listening (as I frequently do) to Mumford and Sons, and was struck by these lines from their song Not With Haste:

We will be who we are,
And they’ll heal our scars,
Sadness will be far away.

I hear in this song a vision of the kingdom of God—a time and place of healing, reconciliation, freedom, and the victory of love (one stanza clearly echoes Paul’s meditation on love in 1 Corinthians 13). And I noticed for the first time that the vision is one in which we will both “be who we are” (embrace our identity) and (not “or”) be healed of our scars (be relieved of illness). Isn’t that true also of many of the gospels’ healing narratives, in which people with physical and mental illnesses are both relieved of their tangible suffering in tangible ways (the hemorrhaging woman stops bleeding, the paralyzed man walks, the lepers are healed) and also invited to embrace the gratitude, repentance, and faith that will allow them to live an abundant life as people who are healthier in many ways, not merely physical? In healing, they are invited to embrace and live into their identity as children of God—to be who they really are in the fullest way possible—not to let go of their identity as someone with deep scars and intimate knowledge of pain.

Although Solomon is not a person of faith, in arguing for a view of disability that incorporates both the illness narrative and the identity narrative and that leads to a generous definition of “health,” he is arguing for a deeply Christian, incarnational approach. Our bodies matter. Our suffering matters, whether it stems from physical or cognitive impairments or from other people’s unwillingness to accept us as we are. Healing is possible and desirable, for our bodies, our relationships, and our culture. And the ultimate goal for both embracing our identity and pursuing our healing is the same: to live a full, rich life marked by love.

For another take on the tension between the identity and illness narratives, read my essay on ChristianityToday.com, I Want to Be Accepted as I Am, But I’ll Take a Cure Too.

March 7, 2013
Bless Those Who Curse You (& Don't Call Them Eugenicists, Moral Monsters, or Murderers)
Next Post