“Wonder” and the Paradoxes of Living with a Disability

“Wonder” and the Paradoxes of Living with a Disability September 17, 2013 Ellen Painter Dollar

R.J. Palacio’s young adult novel Wonder tells the story of Auggie, a boy with a severe facial deformity who goes to school for the first time in fifth grade. He confronts fear and bullies, but also makes friends—even with some of the very same kids who initially teased him. I thought it was a beautiful story, for both kids and adults (we read it as part of a parent/child book group at church). One thing that the author did particularly well was capture some of the paradoxes of living with an outward and obvious medical condition. 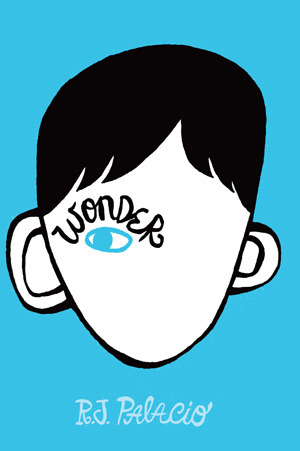 Throughout the book, Auggie notes the way people react upon first seeing his face. They look away, or stare, or smile extra big. Toddlers sometimes cry in fear and confusion. Auggie hates this, steeling himself for any situation (like the first day in his new school) where there will be lots of people who have never seen him before. But underneath his pain and exasperation is a trace of empathy. He understands that a face so unusual will attract attention, that people will wonder why he looks the way he does.

As someone with a pronounced limp and scars who has also been the object of stares or open curiosity in public, I understand the two forces pulling at Auggie—frustration at not being able to just blend in like everyone else, but a little empathy too, for people whose curiosity is understandable.

At the end of the book [spoiler alert], Auggie gets an award at fifth grade graduation. As he takes in the standing ovation given by the other students, their families, and his teachers, Auggie is thinking:

I wasn’t even sure why I was getting this medal, really.

It’s like people you see sometimes, and you can’t imagine what it would be like to be that person, whether it’s somebody in a wheelchair or somebody who can’t talk. Only, I know that I’m that person to other people, maybe to every single person in that whole auditorium.

To me, though, I’m just me. An ordinary kid.

But hey, if they want to give me a medal for being me, that’s okay. I’ll take it. I didn’t destroy a Death Star or anything like that, but I did just get through the fifth grade. And that’s not easy, even if you’re not me.

I loved that passage. Auggie’s insistence that he’s “just me…an ordinary kid” very gently chides our cultural tendency to consider people with disabilities extraordinary just for doing all the regular things that people do. There’s something a little patronizing about that attitude, a subtle implication that people with disabilities should be acclaimed simply for getting out of bed in the morning, rather than hiding ourselves away and feeling sorry for ourselves. At the same time, Auggie also understands that others don’t see him as ordinary. He knows that, in some ways, he’s not. He also understands that everyone, whether they live with a disability or not, does hard things. Like getting through fifth grade. The book ends a few pages later with a precept that Auggie submitted to his English teacher as part of an assignment:

Everyone in the world should get a standing ovation at least once in their life because we all overcometh the world.

There can be a tendency—in the media, in public and private discourse—to paint people with disabilities with an overly broad brush. We are heroes to be exalted. We are burdens to be pitied. Even those affected by various conditions can oversimplify the experience of living with a disability, reducing disability to a value-neutral “difference” in a way that fails to name the significant pain and impairments (of many kinds) that can accompany various conditions. Some pain associated with disabilities has nothing to do with social inclusion or exclusion, accommodations or barriers, but is inherent to the condition itself.

In my experience, living with a disability is full of paradox. The push-pull of anger and empathy when people stare or don’t know what to do or say, the knowledge that we are utterly ordinary but also not, that we are no different from anyone else who has to do hard things (which is everyone) but also, yeah, have to deal with lots of hard stuff much of the time—those are the paradoxes that R.J. Palacio deftly illustrates with her wise and gracious (but also ordinary—there is lots of bathroom humor in Wonder) 11-year-old protagonist.

September 16, 2013
Did Jesus Get Cranky Too? Thoughts on an Incarnational Faith
Next Post

September 19, 2013 Made by God in Rainbow Hues: On Raising a Gender Nonconforming Child
Recent Comments
0 | Leave a Comment
Browse Our Archives
get the latest from
Ellen Painter Dollar
Sign up for our newsletter
POPULAR AT PATHEOS Progressive Christian
1

How a Plague Exposed the "Christian...
Honest to God
Related posts from Ellen Painter Dollar

An Unjust Judge (Part 1 of 3)
This widow was pleading for equity, what today could be called social...
view all Progressive Christian blogs
What Are Your Thoughts?leave a comment
Copyright 2008-2020, Patheos. All rights reserved.