An Op Ed Loaded with Oversimplifications about Abortion & Adoption

I’ve avoided writing about abortion for a while. It’s an issue tangential to my core concerns around disability, reproductive technology, and faith. The topic brings out the worst in some commenters. But this op ed on abortion, published by USA Today, was so chock full of poor word choices, faulty reasoning, and wrong assumptions that I had to write something so I wouldn’t scare my children by ranting under my breath in the kitchen, occasionally shouting things like “INCONVENIENT?!”  and “HISTORY, PEOPLE!!” while smacking the countertop with my wooden spoon. 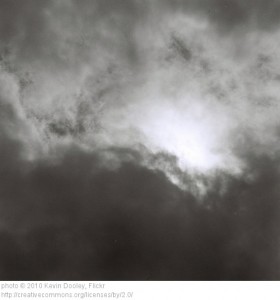 The author, Grazie Pozo Christie, explains that she used to look down on pro-life protestors with their posters and slogans. Then she adopted a little girl from China, and realized that “one person’s inconvenient, unwanted child could easily become another’s priceless treasure,”  a revelation the author saw as “a timely reminder of the infinite value of every human.” The odd implication is that this mother of five (the adopted girl was her fifth) had never before made the leap from “I adore my child” to “children are valuable gifts.” (And seeing children as “priceless treasure” is not a sentiment exclusive to those who identify as pro-life.) But setting aside this core argument for a moment, let’s take a look at how Christie frames abortion, and those who support abortion rights.

The author describes unwanted children as “inconvenient.” This characterization of why women abort perpetuates a popular myth: That women who get abortions do so with no more thought than they would give any other “inconvenience,” such as a trip to the dentist to have a troublesome tooth checked out or to the DMV to get a license renewed. There are no doubt some women who approach their pregnancies and abortions with nonchalance, but women’s stories reveal that ambivalence and confusion are far more common than nonchalance. Grief, relief, sadness, gratitude…women report a gamut of thoughts and emotions about their pregnancies and abortions. But they rarely frame their pregnancies and abortions as mere inconveniences. (The author, by the way, notes that she and her husband adopted from China primarily because of “convenience and ease.” For her, convenience and ease are acceptable reasons for making reproductive and family-building decisions.)

The author writes, “I looked around our country and realized that our culture had erected a temple to self-realization and sexual liberation, and therefore abortion has to be available, because unwanted children will continue to be conceived…” By linking loosening sexual mores with abortion, Christie ignores research showing that abortion rates have actually declined over the last 40 years, as sexual norms have relaxed. She ignores human history, in which unwanted pregnancies have always occurred and women have always sought ways to end them. She ignores her own daughter’s history, as her daughter was conceived in a very different culture with different sexual mores. I am no great fan of 21st century American sexual morals, especially the false notion that having multiple sex partners with minimal commitment is somehow empowering to women. But the sexual revolution is not the cause of all that ails us, abortion included.

Christie concludes with this gem: “Those who believe in unrestricted abortion license do not acknowledge the conflicting right of the little human being, who might be unwanted, but is just as valuable and beautiful as a wanted child.” Sigh. Where to start? Many pro-choice people do not believe in an “unrestricted” right to abortion, instead supporting reasonable restrictions on such things as when in pregnancy an abortion can legally occur. More important, while some on the extreme right may focus solely on fetal rights, and some on the extreme left may focus solely on maternal rights, the conflict between maternal and fetal rights, needs, and well-being is precisely why most Americans dwell somewhere in the middle on abortion. Christie’s argument here, and throughout the piece, implies that pro-choicers have never stopped to consider that an abortion kills a living creature that could grow into a baby that someone could love. The idea that pro-choice people have never stopped to think about the fetus being aborted is so simplistic and naive that it’s almost sweet. Almost.

Finally, there’s the faulty assumption at the heart of the writer’s argument—that bearing a child and making him/her available for adoption is the obvious superior alternative to having an abortion. There is no doubt that if a child is placed quickly, legally, and ethically with an adoptive family, with the birth mother secure in the knowledge that the child she bore is loved, this would be preferable to abortion. But adoption is rarely so straightforward. The choice to place a child for adoption carries its own considerable burdens and risks. There’s that whole growing-another-human-being-inside-one’s-body-then-pushing-him/her-out-through-one’s-vagina process known as pregnancy and birth—rarely easy, sometimes dangerous, and often a jolting ride through every sort of feeling there is—physical, psychological, emotional. Ethical adoptions require a host of complex, unpredictable, and expensive processes, paperwork, assurances, checks, and balances. International adoptions, such as the one that Christie pursued, are increasingly limited in many countries by legitimate ethical concerns, which means a baby could end up in an orphanage instead of being adored by grateful parents. In a preferable scenario, a baby could instead be placed with a loving foster family until matched with an adoptive family; good foster care can help babies learn to attach and trust, smoothing the way for healthy relationships with adoptive families. But even in a best-case scenario, children and their adoptive families may have traumatic years ahead dealing with grief over the loss of the first family.

Adoption can be a far better option than abortion for some women and children. But even when it leads to a happy ending like the author’s, adoption is far from a simple process in which a child makes a straight, smooth journey from unwanted pregnancy to adoring adoptive family.

Why am I picking apart this well-meaning, if poorly argued, op ed? Why does this matter? It matters because abortion has become nearly impossible to talk about productively. Instead, conversations about abortion tend to exacerbate divisiveness and derision. Rampant use of loaded, assumption-laden language is one major roadblock to effective conversation—a roadblock built by both sides in the abortion debate (e.g., the frequent lefty statement that pro-life people only care about babies before they are born). If we care about actually changing the world rather than simply scoring points for our side in the culture wars, then we must change how we talk about abortion and its alternatives. To that end, I welcome conversation in the comments.  What do you think about the op ed and my response? Do you want to take a crack at arguing for your position on abortion without making assumptions or oversimplifying? (Just know that I will be particularly quick with the “delete” button for comments that violate my comment policy.)

QAnon is a hoax designed for...
slacktivist
Related posts from Ellen Painter Dollar