A Letter to My 16-Year-Old Self

For the Women’s Forum at the upcoming Osteogenesis Imperfecta (OI) Foundation conference, I was asked to write a letter to my 16-year-old self. My letter will be published, along with letters from about a dozen other women who, like me, have OI, in a booklet to be distributed to both Women’s Forum participants and teens and girls attending the conference. I was captivated by reading everyone else’s letters. They are funny, poignant, and wise. I hope that eventually the entire collection will be available in some way online. For now, I’m sharing my letter here.

I feel like I should start by telling you to realize how lucky you are. But I think you already know how lucky you are. You truly love high school, and really, how many people can honestly say that? You have wonderful friends. You are healthier and stronger than you’ve ever been. It feels great to just walk around without those cumbersome metal braces and crutches, doesn’t it? Savor your strength and your stamina. Keep moving. Work to be as strong as you can possibly be now, when it’s so easy. It won’t always be. 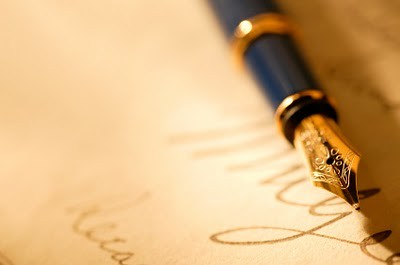 You’re convinced that those silly dumb boys have trouble seeing past your body’s crookedness and scars, and that no one will ever choose you. You’re right about the first part; a lot of boys do have trouble understanding that no real woman can measure up to the pin-up posters on their bedroom walls. Add a lopsided spine and long shiny scars to the usual teenage imperfections, to the occasional breakouts and the bad perms, and the poor things just can’t handle it.

You’re wrong about the second thing, that no one will ever choose you. But your heart will be broken a few times before you get to your happy ending. I’m sorry to tell you that.

It’s okay to ignore all that baloney about loving yourself first. It’s okay to roll your eyes at the people who ask whether you’d really want to go out with someone so superficial that he can’t get past your scars and funny way you walk. It’s okay if the answer to that question is “yes,” because dammit, shouldn’t you get to make bad decisions about going out with jerks, just like your girlfriends do?

But don’t make the mistake of assuming that loving you requires some daring leap of faith, some kind of romantic hero. And especially, don’t make the mistake of waiting for that guy you will be smitten with in your 20s to make the first move, and when he doesn’t, deciding he must not be interested. He is interested. Only he’s an idiot. So he won’t tell you that he’s interested until you’re on his couch, crying, telling him that you’re tired of sticking around as his best buddy while he chats up the new girl in town. Then he will tell you that he has thought about whether he might want to marry you. This will be the first you’ve heard of this. That’s when the light bulb will go on. You will realize with devastating clarity how much time you’ve both wasted, tiptoeing around whether this is destined to be some great love affair, when it could have just been a run-of-the-mill fling. You will realize how much fun you could have had exploring the implications of your very obvious chemistry. If only you weren’t so convinced that only some kind of super-compassionate daredevil would want someone as imperfect as you are. If only he understood that you were strong enough to have your heart broken properly, after a reckless immersion in the foolhardy possibilities of love. Instead, you got death by a thousand cuts from the dull knife of lukewarm deliberation.

We live in an unfair world where the women with long perfect legs and lean muscular abs don’t have to prove that they are worth someone’s attention. But you don’t have to be complicit in the world’s questioning of whether you deserve their attention too. You do. You know you do. So act like it.

Believe them. Believe them the first time they say these things, and every time after.

July 15, 2014 Our Leaky Hearts
Recent Comments
0 | Leave a Comment
Browse Our Archives
get the latest from
Ellen Painter Dollar
Sign up for our newsletter
POPULAR AT PATHEOS Progressive Christian
1