Suspicions Confirmed: Local Volunteer Does Not, In Fact, Have a Life

Suspicions Confirmed: Local Volunteer Does Not, In Fact, Have a Life July 18, 2015 Ellen Painter Dollar

I’ve been on a wonderful family vacation and recovering from the whirlwind end of the school year. I’ll be back to regular blog posting next week. In the meantime, I had the opportunity to report on this bizarre news story. Enjoy.

West Suburbia, Conn.—In a shocking revelation, Lila Dougherty, who for years successfully masqueraded as a working mother of three who volunteered in numerous capacities for local schools, churches, and community organizations, admitted that she has no children, no husband, no job, and no responsibilities for anything or anyone other than her volunteer work.

“I’m amazed that I got away with this farce for so long,” said Dougherty in an official statement. “Obviously, someone with primary responsibilities for children, a household, and a job couldn’t possibly volunteer for as many hours as I do. The only reason that I’m able to teach Sunday school, provide weekly reading help to kindergarteners, coach tee ball, serve as a PTO room parent for multiple classrooms, do pro bono work for nonprofit organizations, and provide baked goods for every blessed holiday celebration, school play, coffee hour, and bake sale fundraiser is that I don’t have a job or a family. The truth is, I don’t actually have a life.” 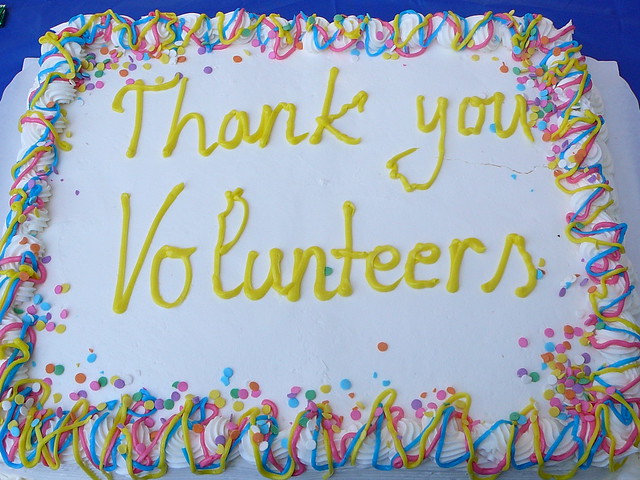 Dougherty’s confession left some friends and neighbors hurt and confused, but others say this turn of events wasn’t at all surprising. “This actually makes total sense,” said Tanya McAllister, whose son is in one of the classes for which Ms. Dougherty served as room parent. “I always wondered how Lila managed to volunteer for so many things. I can’t volunteer because I work. I just figured that Lila must have lots more free time than I do, like maybe she had a live-in housekeeper or a wealthy husband so she doesn’t have to have a job. Now that I know she doesn’t even have a life, that explains it.”

Officials at the public schools, churches, and community groups in Dougherty’s area have put on a brave face publicly. The pastor of Dougherty’s church issued a statement saying, “We believe this is an isolated incident and that most volunteers, even those who have a life, are eager to add additional hours of unpaid labor to their crazed schedules that leave them collapsed on top of their duvet every night, pretending to listen to their spouses recount their (fully paid) work days while watching “House Hunters” reruns and trying to decide if the open bag of Cheetos in their pantry qualifies as a healthy snack to send in for tomorrow’s class party because after all, cheese provides protein and calcium. We are always able to recruit adequate volunteers for important projects, and if it ends up being the same dozen people who do everything, at least we benefit from having an experienced work force.”

But privately, leaders are bracing for a potential wave of similar revelations.

“When I heard about Lila Dougherty’s confession,” a local school principal admitted on the condition of anonymity, “I really stopped to think about the hundreds of volunteer hours that we ask parents to give to help keep our schools up and running, not to mention our faith communities and civic organizations. I realized there’s no way that people can give their families, homes, and jobs the attention they require—plus do CrossFit, grow and pickle their own vegetables, and perfect their holiday crafts to make them Pinterest-worthy—while also doing hours and hours of volunteer work, from managing fundraising events to directing the annual musical. It’s just not humanly possible. The only logical conclusion I can come to is that Lila Dougherty is not alone. Our volunteer ranks must include other people who can only give this much volunteer time because they don’t actually have a life. I’m afraid that our entire community could collapse once we’re forced to acknowledge that the free labor upon which our core institutions rely is not sustainable for people who do have a life.”

Other community leaders voiced a related concern. Jules Dingle, head of a human service organization for which Dougherty has chaired the annual fundraising dinner for years, remarked, “The Dougherty case has really got me thinking. What if people who truly care about racism, poverty and injustice really do have ‘too much time on their hands,’ as Facebook commenters regularly accuse those who go beyond trite platitudes to voice substantive opinions and take action around important issues? Is it possible that the only people who have the time to devote to educating our young people, fighting injustice, alleviating poverty, and generally preventing our society from devolving into a state of cutthroat chaos and basic survival are those who don’t have anything better to do?”

Although the organizations for whom Dougherty so tirelessly volunteered are still reeling from the news, thus far, they all plan to continue relying on Dougherty’s volunteer labor. “This is all very strange,” admitted the PTO president of one of the schools for which Dougherty has sold raffle tickets, cookie dough, pies, wrapping paper, candles, and those “savings cards” that people buy and then promptly lose track of in their junk drawer. “But the bake sales aren’t going to run themselves. We need Dougherty, with or without a life.”

For the most part, Dougherty is philosophical about her situation. “I’m actually relieved now that I no longer have to pretend to have a life. You know, maybe it’s time for our society to reckon with the fact that our most cherished institutions rely heavily on volunteer resources that are perceived as endlessly renewable, but that in reality have limits, at least when it comes to volunteers who actually have a life.” But when asked whether she had ever thought about how different her life would be if she were paid for her hundreds of hours of volunteer labor, Dougherty began to cry.

July 21, 2015 A Theology of Radical Attachment: Finding God in Clutter & Strawberries, Long Walks & Big Rocks
Recent Comments
0 | Leave a Comment
Browse Our Archives
get the latest from
Ellen Painter Dollar
Sign up for our newsletter
POPULAR AT PATHEOS Progressive Christian
1