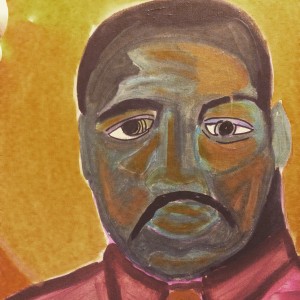 Fifty years ago there loomed a war over the mind’s of Americans. In the south, preachers screamed vehemently and twisted the word of God to suggest that slavery and racism were God’s truth.  Men and women found themselves beaten, raped, and tolerating all manners of abuse. Children walked down the street, and were gunned down just for being black.

Fifty years later, I think there is a war and an attack on the minds of people. I think it is perpetuated by media and systems that desire to exalt themselves above the Kenosis of Christ (Philippians 2). These “World systems” and powers that be (Romans 12) attempt to weaken minds, and inculcate people with classism, racism, and various isms. I think these evil systems are being crushed under the feet of the paschal lamb. Yet, this country has a long legacy of submitting to these evil systems. We built our economy off the back of one people, and the genocide of another. We stole land, and claimed it to be our own. We ripped apart families and said “work for us” all while pretending to be good God fearing Christians.

Yet Christ tells us something different. We are to love our neighbor. And even while an evil oppressive empire is in charge, we are to go about spreading the news of the Kingdom of God. The Kingdom of God is not made of the greedy-rich and power-hungry, but of the humble and meek. I encountered a wonderful police officer Sunday when my car was involved in a hit and run. He did not harass me or ask me to get on the ground for having tattoos or a few liberal bumper stickers. I pray for the police on occasion. I need to pray more for the authorities of this land (Romans 13:7), even as I owe nothing to anyone but a debt of love (Romans 13:8).

What about God’s Justice for ALL? As for Justice, I see it as a redeeming Justice (Rev 21:5) that makes all things new. Its the kind of Justice that lifts up the poor, the foreigner, and the alien (Isaiah 1, Amos 5, Micah 6, Isaiah 61, Luke 4, Matthew 25, James 1) Justice brings the greedy-rich and power-hungry down and elevates the poor and humble. (Luke 1:51-53, James 5) Its a justice that says all people are to be loved everywhere and that world systems and social notions no longer define my worth- but ABBA father defines my worth- as Beloved.

Today, we are at war. When our children walk down the street, they are not seen as children, but by many they are viewed as perpetrators. Especially, if they are people of color. This should raise alarm in the heart of any parent. It’s outright classism and racism. Can we not teach our children better? Should we not subscribe to the sensationalism of media and their attempts to taint our filters regarding people of another race?

All of those things I just said, have been said better and more poetically by a man that challenged me and through his stories pierced my heart. Dr. King. I won’t go into my own story about how King influenced me, but my views on nonviolence and social justice were formed early on at Southeastern University after reading some of his works. Which in a way is very sad, because I am eight-generations Georgian. Yet, my family did not talk about Dr. King. As a matter of fact, a heavy racism resided in my family. I suppose it’s easy to fool poor whites and ignorant whites by suggesting that they are somehow superior to others. In a system that desires a class structure, (Yes, America has very distinct classes, and upward mobility remains difficult) the best thing to do is turn people on one another. Our media does this and so often do the policy makers that we have elected.

I have not studied in detail the Civil Rights Movement in America. I did begin to read more and more about Doctor King and Bayard Rustin while in seminary. I hope this education is being taught to our young people in local elementary schools.

More than that, I hope the Church begins to reflect on Civil Rights.

The movie Selma captivated me. I screened the movie with other clergy, leaders of SCLC, Hosea Feed the Hungry, and other advocates here in Atlanta.

I think it should be top on every clergy’s list for 2015.  The casting of the film is superb. Immediately, you see actors who actually resemble the civil rights leaders. I was grateful for the humanity shown in Dr. King’s character. I wanted the movie to expand on Bayard Rustin’s involvement with the movement. I was never aware that Malcolm X came to Selma. The picture portrays a vignette in John Lewis’s life. I found myself in tears, and then cheering for Lewis’ character.

I hope that all of you go and see the film.

It is especially important during this moment in history, that we reflect on the changes that have taken place.

January 9, 2015
Truth Without God (The End of Metaphysics Series)
Next Post

January 10, 2015 Could it be so easy to digest?
Recent Comments
0 | Leave a Comment
Browse Our Archives
Related posts from Emergent Village