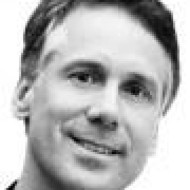 Rev. Michael Dowd is a former pastor, veteran sustainability activist, and big history / big integrity evangelist. An outspoken Christian naturalist and evidential mystic (emergentist), he is the author of the bestselling book, "Thank God for Evolution: How the Marriage of Science and Religion Will Transform Your Life and Our World" (Viking 2008 / Plume 2009), which was endorsed by 6 Nobel Prize-winning scientists and other science luminaries, including noted skeptics and atheists, and by religious leaders across the spectrum (including evangelicals). Since April 2002, Michael and his wife, Connie Barlow, an acclaimed science writer and evolutionary educator, have traveled North America (living in people's homes) and have addressed more than 1,600 religious and non-religious groups—ranging from Catholic, Protestant, Evangelical, and Emerging churches, to Unitarian Universalist and secular high school, college, and university settings, to New Thought, New Age, and Eastern spirituality groups. Their passion is teaching and preaching the Good News of what God is revealing through scientific, historic, and cross-culturaral evidence (which they see as modern-day scripture). They show how what we now know (not believe) about human nature, death, and the trajectory of big history can inspire and empower people of all backgrounds and beliefs to live in integrity and to cooperate across political and religious differences in service of a just and thriving future for all.

All Posts by Michael

When Religion Fails, Economics Becomes Demonic
Carbon pollution is undeniably the material cause of Earth’s climate breakdown, but... read more

The Evidential Reformation: Facts as God's Word
Religion is undergoing a massive shift in perspective. It is a shift... read more

Historic Symposium on the Future
Carl Sagan famously wrote, "How is it that hardly any major religion... read more

Why Evangelize Evolution?
I’m often asked, “Why do you evangelize evolution? What ‘good news’ does... read more

TEDx: Are God & Reality Converging?
I was recently engaged in a spirited conversation about "Convergence Christianity" with... read more

Is Scientific Evidence Modern-Day Scripture?
The following is cross-posted from my HuffPost blog (where it has received... read more

Peter Mayer Music Video: "Holy Now"
Here's another music video that I use in contemporary worship settings all... read more

Thank God for DEATH: Could Anything be More...
I want address the question of death because most people, religious and... read more

Evidence as Modern-Day Scripture: What's Real and What's...
Few things dishonor and diminish God more severely than thinking of “scripture”,... read more
Browse Our Archives
get the latest from
Progressive Christian
Sign up for our newsletter
POPULAR AT PATHEOS Progressive Christian
1

Enoch Seminar 2020 #OriginsOfEvil2020 Day 2
The second day began with a look back on the first day...
view all Progressive Christian blogs
Copyright 2008-2020, Patheos. All rights reserved.