My Confession / Why I Am Still A Christian 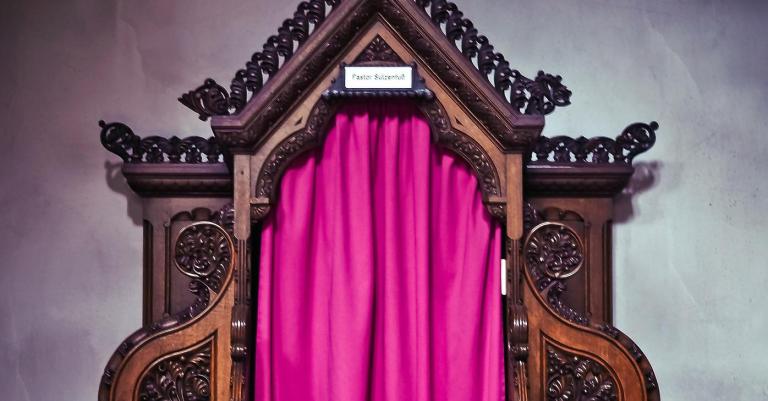 I have been a Christian all my life. As a youngster I went to Sunday school, and as a teenager my church youth group was pretty much the centre of my world. Christian youth camps were the highlight of my year and I helped run the Christian Unions in my school, sixth form college and eventually university. It all suited me just fine – for me the Christian Bubble was a very happy place to be, and to this day I have never not been part of some form of church.

The God I knew as a teenager was a loving Father, an awesome Creator and a best friend. I was in awe that a God so amazing would send his Son to die so that I could go to Heaven when I died. Me! God in His perfection was willing to overlook my many teenage failings and let me in to Heaven. My mind was blown every Sunday evening singing those worship songs.

Luckily my immediate family were also Christians, so they were OK. But for many of my friends and for most of the rest of the people in the world and throughout history, come to think of it, death would bring eternal, conscious torment in a very large and very hot lake of fire. We never said it like that, it sounds a bit harsh and it wouldn’t have made us very popular. We believed it though, and would try, in our own little way, to get people to believe in Jesus so they too could escape hell when they died. And God was pleased with our efforts – He really didn’t want anyone to have to go to hell.

We were right. How could we not be? We white, Western, middle-class, Protestant, evangelical Christians had the Truth. It was just a matter of convincing everyone else how right we were before it was too late.

Nothing about this arrangement bothered me. I sometimes wondered about my younger brother with Down’s Syndrome, but decided he’d be OK. God couldn’t be THAT mean, surely.

When I was eighteen I spent time with some Christians who encouraged me to really stop and think about what I believed. They gave me some books to read. And from then on my happy, white, Western, middle-class, Protestant, evangelical Christian world began to crumble beneath my feet. It was exhilarating and terrifying. I mourned the loss of the certainty and security I had felt when I had it all sorted. I found it difficult to pray – God seemed less close. But the result of my world crumbling was that the universe, reality, and God seemed to get much, much bigger.

In the last ten years I have struggled with, questioned and doubted pretty much every aspect of my Christian faith. Something stopped me from abandoning it altogether like many others I know. I clung on by my fingertips often feeling confused, lost, sad, sometimes desperate to regain the certainty of faith I once had. My prayer life was at best guilt-ridden and at worst non-existent; not because I was being particularly lazy about it, but because my understanding of the God I was talking to was morphing so dramatically it was hard to keep up. Church stopped being my family and became something to complain about.

About a year ago I finally began to feel happy and settled in my Christian faith again. I had a sense of clarity. Not because I had figured out answers to all my questions, but because I had made peace with the fact that I am not God, and will therefore never understand everything. And that’s OK. More than OK actually – I find living with that mystery immensely comforting.

Having said that, there are some things I do currently feel quite strongly about, some of which I summarised in my first post. As I said previously I do not claim to be an expert on anything and these are just my own thoughts based on what I have read and experienced, very much open to discussion. Here goes…

1. The church is in a time of transition, where many are feeling dissatisfied with the interpretation of the Gospel message that satisfied previous generations. Many feel that the church needs to drastically rethink its theology and mission, whilst others fear that in doing so we are ‘watering down’ Biblical truths and consequently condemning ourselves and our world. Either way, a dramatic shift is underway and I am absolutely not the only one to have questioned what it means to be a Christian.

2. How we read the Bible is key to how we understand our faith. If you take the Bible to be directly and literally applicable to our lives today, you have to either take the whole thing literally (which causes a LOT of problems), or pick and choose the bits you think are relevant (which then means you have interfered with God’s word and causes a lot more problems). Alternatively the Bible can be seen as a collection of historical documents – poetry, folklore, songs, stories, historical accounts – making up a rich and fascinating history of God relating to people. God-breathed, inspired and relevant but never intended to be an instruction manual for life. This is the point of disagreement at which many discussions simply grind to a halt.

3. Jesus kept talking about the Kingdom of God being at hand. Here, now, on Earth. His life was all about bringing down the powers of darkness, which for the Jews at the time was the Roman Empire. His message was deeply political as well as spiritual, and was about bringing real hope and freedom to people in THIS life as well as the next.

4. Becoming a Christian doesn’t mean saying a prayer to save yourself and then trying to get others to do the same. It means becoming a follower of Jesus, choosing to live the way he lived and working with him to bring about this thing called the Kingdom of God. It means feeding the poor, visiting the lonely, befriending those everyone hates, helping others to know their value and to experience the incredible mystery of a God who loves people like us.

5. Ultimately, it’s about believing that the goodness in this world is not an illusion, a fleeting distraction from the cruel and harsh reality of our pointless existence. It’s about believing that we are part of a bigger story, a story that starts with the Earth and everything in it being created and loved by God and ends with every little thing being alright.

That’s what I mean when I say I am a Christian, and that’s the background and starting point for any further musings I share with you here. 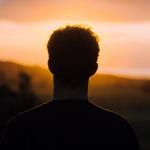 July 19, 2021
How Paying Attention to My Mood Helps Me Cope with Anxiety and Feel Better
Next Post 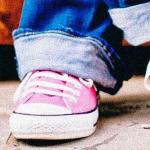