Rethinking Christianity: Sin and Salvation (What James Cameron, The European Migrant Crisis And Harry Potter Have Taught Me About God And The Human Condition)

Rethinking Christianity: Sin and Salvation (What James Cameron, The European Migrant Crisis And Harry Potter Have Taught Me About God And The Human Condition) October 13, 2015 Emma Higgs 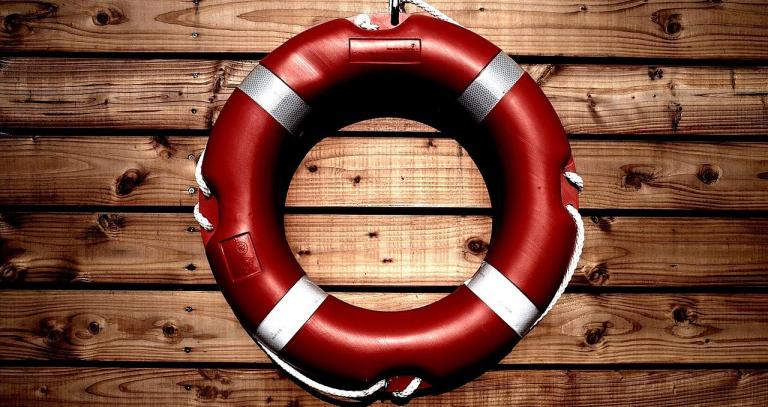 ‘Sin’ is one of those odd, stuffy-sounding Christian words that nowadays means very little outside of church. Even in church I often feel like it deserves to be tucked away, collecting dust on the shelf next to the 1950s hymn books and Bibles with missing front covers.

Despite my aversion to the word itself, the concept of ‘sin’ seems as real and relevant as ever.

To me, ‘sin’ describes the dark side of humanity. It is woven into the fabric of our very existence. It is the root of hatred, destruction, greed, anger, abuse, despair and hopelessness. It can consume us like a disease, imprison us, blind us, corrupt us, stain us, wound us. It is the desecration of God’s beloved creation; an inescapable and suffocating fog; a deadly virus that has infected the whole world.

The devastating effect of ‘sin’ is that we become cut off from God, our source, and disconnected from each other and from our world. In 2009 I had a profound spiritual experience whilst sitting in a cinema in Ealing, watching James Cameron’s ‘Avatar’ in 3D. I think that in an abstract, fairytale-type way, that film describes reality as it should be. The natives of the planet Pandora, the Na’vi, live in harmony with nature, their fellow creatures and Eywa, the mother goddess they worship. I don’t even remember much about the plot of the film, I just remember the vivid depiction of a world where everything is so intricately connected and interdependent; a delicate balance of beauty, energy and life. I think it’s a pretty good metaphor for how things should be, and I hope one day will be.

So we are faced with this problem of ‘sin’ in our world. We see it on the news every day, we sense it as we walk along the street or into our workplaces, and we feel it in our own hearts. Whether we call it ‘sin’ or not, we know that in a very real way, the world is seriously messed up.

Many people would end the story there. Yep – that’s the way things are, best get used to it. Keep your head up, get all you can out of life while you can because there’s nothing else.

But many of us have this conviction, this unshakeable sense that this is not all there is.

I have this wild belief that there is a God who created the world, and loves it enough to want to save it from its own self-destruction. I believe that each human being in some way reflects the image of God, and is therefore infinitely precious and valuable. I believe that God loved human beings enough to actually become one of us, to walk among us, suffer alongside us and ultimately let us kill him. And in doing so I believe that, in some mysterious way, He defeated this thing we call ‘sin’.

Just let that sink in for a minute.

That means that everything messed up in this world – sadness, fear, pain, war, hunger, disease, hatred … all of it … is in some way temporary. It means that however bad, desperate, dark or horrifying life becomes, there is always hope.

I often wonder if I’m making this up. What a bonkers thing to believe – it seems way to good to be true. But that’s what faith is about. I’m daring to believe that there is more to life than what we see; that we are part of a much bigger story, and that this story has a happy ending.

More than forgiveness for individual sins

Clearly, the problem of ‘sin’ has a lot to do with our own wrongdoings. We do and say things that are harmful to ourselves and others, and often find that we are heading in a downward spiral, or trapped between walls that we ourselves have built. These are symptoms of our ‘sinful’ nature – we are infected along with the rest of the world and can’t help getting things wrong, an awful lot of the time. Jesus saves us from our own wrongdoings and destructive habits by offering us forgiveness and a fresh start. Over and over and over and over again. This brings real freedom, hope, peace and reconciliation, and is a central part of what it means to be Christian. But I don’t think ‘sin’ and ‘salvation’ are just about individual wrongdoings and forgiveness, I think there is more to it than that.

I definitely no longer think that God needs to punish us for our ‘sins’ simply because they offend Him, and that being ‘saved’ is about being forgiven so that we can go to Heaven when we die. I think this is a warped version of the Christian message, a harmful distortion which leads more to fear than freedom. I think God offers forgiveness so that we can learn from our mistakes, move on and start afresh, reconciled to God, to ourselves and to those around us.

As I’m writing, three different images keep appearing in my head. The first is that heart wrenching photograph from a few months ago of a Syrian man on a migrant boat, clutching his two children and crying. The second is of a terrified, emaciated young woman sitting alone in a dimly lit room – she has been held captive and used as a slave by sex traffickers since she was kidnapped from her home, aged thirteen. The third is a three-year-old boy who has recently been diagnosed with leukaemia.

I believe Jesus wants to save these people. But will forgiving them of their individual wrongdoings help them in their real life situations? Will it bring comfort to the man desperate to bring his family to safety, the woman terrified of what her captors will do to her next, and the distraught parents of the three-year-old boy? Maybe a little, but not really. The Syrian man needs to find a safe place to call home, the woman needs to be freed from captivity and brought to safety, and the boy needs to be cured of his disease. These are the things that would bring them ‘salvation’.

In my experience, the church is very good at emphasising the need for the forgiveness of individual ‘sins’, suggesting this is all we need to be ‘saved’. I believe that a truly Biblical understanding of the word ‘salvation’ incorporates liberation from captivity, return from exile, healing from disease and rescue from danger as well as forgiveness for individual wrongdoings.* By only talking about individual ‘sins’ we are in danger of becoming like the Pharisees (the religious leaders that Jesus often got very angry at) who were obsessed with ‘purity’, and making sure people obeyed the rules. I think the ‘salvation’ Jesus offers is much bigger, better and more real than we often make it out to be.

I think the wrench that we felt in our hearts when we saw those pictures of Syrian children drowned on a Turkish beach was nothing compared to how God felt. I think it breaks God’s heart to see His beloved children suffering, trapped, lost, alone or afraid, and He longs to save us. And I believe He is saving us – the wind of His Spirit is blowing through the world, bringing healing, comfort, compassion and love, bringing people together, moving them to act against injustice. Moment by moment, calling us home.

I think this is why films like Harry Potter and Lord of the Rings are so popular. They tell the story of an epic battle with heroes and villains, where ultimately good triumphs over evil. Light defeats darkness. I think we love these stories because they reflect a deep truth about the nature of reality.

How often in our church services do we talk about corporate sin – the sin that is built in to our systems, structures and civilisations? How often do we repent of the sins of racism, sexism, materialism, rampant consumerism, violence, homophobia, Islamophobia, political corruption, economic inequality, the plundering of the world’s natural resources, our contribution to climate change…?

Not nearly often enough, I’d say. I think Jesus wants to save us from those sins too.

*Marcus Borg goes into this in detail in his book ‘Speaking Christian’ – a very worthwhile read! 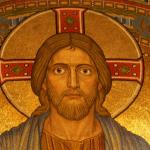 October 7, 2015
Rethinking Christianity: The Message of Jesus
Next Post 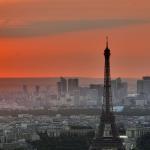