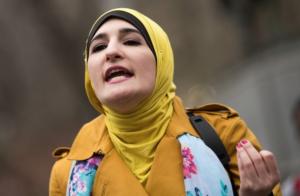 I love women’s magazines. I’m a girly girl — and like the tips, the stories, workouts, interviews. But it’s always been difficult to stay loyal as a conservative woman. They ALL cater to Leftist positions on political issues. But you’d think they could draw the line when it comes to who they choose to honor.

Nope, not Glamour Mag — one of the biggest women’s magazines around. This year, they’ve chosen to honor progressive extremist and Sharia law supporter Linda Sarsour, who has recently celebrated domestic terrorists and is known for making light of female genital mutilation.

And that’s just a few of the things I found within a short Google search. Does someone who supports these things sound like someone an American women’s magazine should be supporting with honor?

As Bari Weiss writes of Sarsour in the New York Times:

There are comments on her Twitter feed of the anti-Zionist sort: “Nothing is creepier than Zionism,” she wrote in 2012. And, oddly, given her status as a major feminist organizer, there are more than a few that seem to make common cause with anti-feminists, like this from 2015: “You’ll know when you’re living under Shariah law if suddenly all your loans and credit cards become interest-free. Sound nice, doesn’t it?” She has dismissed the anti-Islamist feminist Ayaan Hirsi Ali in the most crude and cruel terms, insisting she is “not a real woman” and confessing that she wishes she could take away Ms. Ali’s vagina — this about a woman who suffered genital mutilation as a girl in Somalia.

More recently, she praised terrorist Assata Shakur and said that conservative attacks on Shakur were an example of the Right trying to “divide us.” So…condemning a woman who is convicted cop killer who has been charged with murder, attempted murder, armed robbery, bank robbery, and kidnapping…is divisive.

Sarsour might be a famed leader of the “Women’s March” (which only represents women with progressive views), but she’s not an admirable figure. Why Glamour and other women’s outlets refuse to call out her damaging and disgusting views is beyond me.

Shame on you, Glamour. But I bet you won’t answer to this. 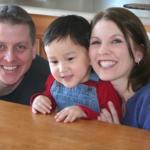