The Adoption Tax Credit Shouldn’t Be on the Chopping Block 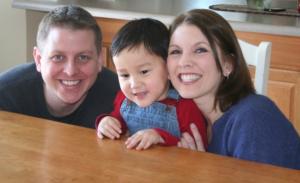 When I heard the GOP was getting rid of the Adoption Tax Credit in their new plan, I was hoping it was joke. I don’t tend to take bad news about the GOP at face value from the media because often there’s missing information. It’s like when a legislator names a bill something like “The Child Protection Act” and it does nothing but take rights away from parents or something like that. Ahh, all in the name to confuse, the people, right?

Well, it appears, this really is what it is, at face value. I’m pretty supportive of the GOP tax plan in general — I believe lower taxes is good for America. This plan includes a higher child tax credit, higher deductions and yes, lower tax rates for corporations, which I believe trickles down to workers, who will receive higher wages in the long run. Agree or disagree, I think all of these things are good for families who want to keep more of their money, earn more and help the economy get moving.

But. There are some things you just can’t budge on — and the Adoption Tax Credit is one of them. Adoption is one of the most important issues in our country. We need to create more incentive for adoptions, not less — and it’s EXPENSIVE — to the tune of $30,000 or more for domestic and far more for international.

According to the Wall Street Journal, The Joint Committee on Taxation estimates repealing the adoption credit would raise $3.8 billion over a decade. Yeah, guys, that’s not worth it — these are children who need families we’re talking about.

Most Republicans are pro-life and while I don’t think being pro-life should hinge on a policy (life is valuable is valuable is valuable. Full stop), I do think it’s something you have to consider. Come ON! Apparently, they are saying the Child Tax Credit increase from $500 to $1,600 should be thought of as a replacement or something — because it will help MORE people. But I’m gonna go ahead and say, people adopting should get something on top of this. And just imagine the folks that are courageously taking on children with special needs — the most desperate need of all for adoptive children.

This isn’t about “big government.” It’s what government should be doing. I’ve heard some snarky comments about this being in line with Republicans’ normal agenda of slashing services for families or something. I disagree, as I believe many policies Republicans put forward are intended to empower families and grow the economy. Democrats do not agree with their strategies but generally speaking, they come from a place of genuine belief that this is what will work and help the most people.

Getting rid of the Adoption Tax Credit will not do this. Kids need families now and they always will — and we need to empower and incentivize as many people to adopt as possible. I don’t want a family to choose not to adopt because they can’t afford it. The Tax Credit has helped thousands of children and families and if anything, should be increased.

This tax credit is just one piece of the puzzle. On the other side of it, as always, is our individual responsibility to support those who want to adopt. Yeah, I’m mad at the GOP about this, but I’m also not going to stop contributing to adoption fundraisers and supporting programs that give grants and fundraising support to families on the adoption journey.

Let’s come at this from ALL angles. There’s not reason the GOP shouldn’t change their tune on this. Are you listening, guys? 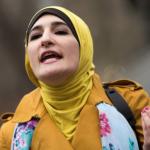 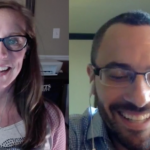 November 8, 2017 Work is Worship: A Call to Christians
Recent Comments
0 | Leave a Comment
"Hearing God above the noise of unworthiness and in the midst of the comparison game ..."
Melissa Lopez So I Heard From God Today
"Yes, and all those problems are WORSE in the U$A thanks to Republicans who've prevented ..."
Barros Serrano The Best Pro-Life Sign I’ve Seen
"Admirable sentiment, but the fact is that many women who are pregnant DO face incredible ..."
Barros Serrano The Best Pro-Life Sign I’ve Seen
"The christian Right should really not preach to "liberals" about tolerance.Y'all are probably the least ..."
Barros Serrano Senator Kristin Gillibrand Stereotypes Women in ..."
Browse Our Archives
Related posts from Ericka Andersen