At my workplace, the Independent Women’s Forum, we feature a “Modern Feminist” each month. This month, we interviewed Second Amendment Advocate Kimberly Corban. As my colleague Charlotte Hays documented in her interview, Corban is a survivor of a brutal rape and since that time, has been an outspoken proponent of 2nd Amendment rights, specifically for women. But, her advocacy has not been an easy road:

“For wanting to make women safer, Corban has been vilified by the gun control lobby. ‘I have been called so many names, threatened so many times, that it almost doesn’t seem real,’ Corban admits. But the name calling hasn’t stopped her. A gun, she argues, can make women, who tend to be physically smaller than their attackers, or the elderly or disabled, safer. A gun is an equalizer for the weak against a stronger assailant.”

Read our full profile of Corban to get the whole story.

I spoke with Corban earlier this year on Facebook Live about her harrowing experience and why she is standing up for gun rights despite the media and cultural backlash: 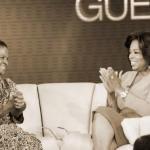 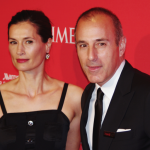 November 29, 2017 NBC Was Right To Fire Matt Lauer: Now is the Time
Recent Comments
0 | Leave a Comment
Browse Our Archives
get the latest from
Politics Red
Sign up for our newsletter
POPULAR AT PATHEOS Politics Red
1