The Catholic Church in the south Austrian state of Carinthia has distanced itself “with vigor and decisiveness” from the “extremist and fascist” rallies to be held around the Mass to be said May 12 in the border town of Bleiburg in memory of the thousands of Nazi-allied Croatian troops and civilians killed by Yugoslav Partisans in 1945. In a joint statement with state authorities, the diocese of Gurk-Klagenfurt set out a series of requirements – including a “prohibition of political speeches within the Holy Mass” – by which Croatian Church authorities must abide if they wish to continue the commemoration at Bleiburg in future years.

For its praise of Croatia’s fascist, racist, ultranationalist and terrorist Ustaša ideology, Rudolf Edlinger, from the Documentation Archive of the Austrian Resistance, called the Bleiburg commemoration “Europe’s largest fascist meeting”. Raimund Fastenbauer, an Austrian Jew, said it was an “outrageous provocation” for the Jewish community. The celebration is important for the Croatian Catholic Church, however, not only because of the immense loss of life that took place in the Bleiburg massacres – with up to 50,000 deaths – but also because of the painful memory of the Communist regime that lasted until 1991. “For us, the founding of the Communist totalitarian system meant the beginning of new persecutions, detentions, and the killing of innocent people in pits, ravines, and mass graves, many of which still exist and haven’t been investigated”, said the Archbishop of Zagreb, Cardinal Josip Bozanić.

An exercise in “historical revisionism” that “lacks context”

Still, even the-then left-wing Croatian government (of the Social Democratic Party, or SDP) decided in 2012 to put a stop to its sponsorship of the Bleiburg commemoration over concerns that it promoted “Ustaša nostalgia”. That is, until the right-wing Croatian Democratic Union (HDZ) brought it back in May 2016, amid protests that the event in the Austrian border town is an exercise in “historical revisionism” that “lacks context” and as such makes it easy to be manipulated for political purposes.

Will the Croatian Church be proactive in providing this “context” this coming May 12? How much will the Mass really be about the “innocent victims” who were killed in 1945, and how much effort will Church authorities devote to condemning both Communism and Nazism?

The controversy over Bleiburg this year is especially unwelcome for the Croatian Church, coming as it does just days after the SDP called for an overhaul of the country’s treaties with the Holy See. “It is unbelievable that the Church is receiving grants from the state budget which are worth hundreds of millions of kuna [1 kuna = 0.13 euro = US$0.16] a year, but we do not know how the money is being spent”, said Rajko Ostojić, a leading member of the SDP, presenting the treaty revision push last April 19.

How much money is the Croatian Church spending on the Bleiburg commemoration? Not only will the eyes of many Austrians be on Carinthia in a couple of weeks, but those of many Croats – Catholic or not – will be as well. 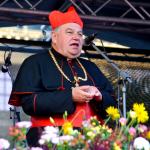 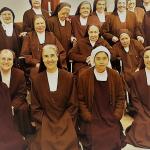 May 3, 2018 Nuns Shame Spanish Bishops in Country's #MeToo Moment
Recent Comments
0 | Leave a Comment
Browse Our Archives
get the latest from
Catholic
Sign up for our newsletter
POPULAR AT PATHEOS Catholic
1

Review of 2021 Remix of The...
Biblical Evidence for Catholicism
Related posts from European Communion