October this year marks the 100th anniversary of the independence of the Czech Republic from the Austro-Hungarian Empire. The Czech bishops, however, have signalled their intent to withdraw from the celebrations of such a momentous event – or at least in Brno – as part of their protest against a “blasphemous” and “unacceptable” play slated to be performed in the May theatre festival in the Czech Republic’s second-largest city.

In a statement published Thursday 19 on its website, the Czech episcopate said that Oliver Frljić’s play Our Violence and Your Violence – which has also garnered protests in performances from Poland to Bosnia and Herzegovina – represents a “selling-out of Christianity and its ideals”. “Such a theatrical performance is an insult not only for Christians but also for Muslims and, last but not least, for all citizens of our country”. The motive for the prelates’ anger? A scene in which a blond Jesus ‘rapes’ a Muslim woman in a hijab. Controversial, yes, but by no means the only aspect of a multifaceted work which explores the shame of being European and the hypocrisy of other Western countries that present themselves as defenders of human rights while allowing wars and other humanitarian catastrophes to continue unchecked.

Martin Glaser, the director of the Brno National Theater, came out in defense of Frljić’s play and explained that the particular scene with which the prelates take issue “is not a realistic representation” of sexual violence. “We all know it could not happen: it’s a metaphor“, continued Glaser. “One character symbolizes one culture and the other represents another” – Jesus the representation of Western imperalism and the Muslim woman a representation of the humiliation of the Arab world – and “the fact that both cultures are in a violent relationship is just the theme of the play”, explained the director. Glaser added that the Church’s boycotting of Brno City Council’s independence celebrations for the simple fact that the city is to host the performance seemed to him “more than a little odd”.

Explaining that the most logical course of action would be to let the two hundred plus people who have already paid for their ticket enjoy the show and have “space enough to create their own opinion”, Glaser criticized the “very dangerous signal” the bishops have sent by attempting “to influence the freedom of the organizers that set up the festival program”.

The Brno theatre festival affair in the latest in a long line of scandals for the president of the Czech Bishops’ Conference, Cardinal Dominik Duka, who in February this year faced a revolt of the faithful who called on Pope Francis to remove him from his post as Archbishop of Prague by the time of his 75th birthday on April 26. Never were the worries of the Czech laity about “the future direction” of their Church more warranted now than after Duka’s clumsy attempt at censorship… and never was his sacking as urgent. 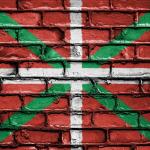 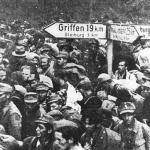 April 30, 2018 Austrian, Croat Churches At War Over "Europe's Largest Fascist Meeting"
Recent Comments
0 | Leave a Comment
"This idea keeps getting circulated as if it would solve the clerical abuse scandal... yet ..."
MarylandBill Compulsory Celibacy a “Festering Wound”, Says ..."
"When I went to Catholic high school in Louisiana, I was propositioned by straight Catholic ..."
Statistics Palin Swiss Diocese Slams Bishop For Linking ..."
"It's not that we're concerned about machines, in particular, making the decision of who lives ..."
Joslyn Renfrey Vatican Worried about ‘Killer Robots’
"While there is the real possibility that married men may be permitted ordination in the ..."
ADG Compulsory Celibacy a “Festering Wound”, Says ..."
Browse Our Archives
get the latest from
Catholic
Sign up for our newsletter
POPULAR AT PATHEOS Catholic
1