The leaders of Bulgaria’s three biggest political parties have drafted a bill on religious affairs that, if passed, would spell disaster for the country’s minority Catholic and Protestant Churches. Not only would the new law cut off State subsidies to confessions such as these that represent less than 1% of the population, but both funding from overseas and permissions for foreigners to celebrate religious services would be suspended as well, leaving the Catholic Church “in a very difficult situation”, in the opinion of Christo Proykov, Greek Catholic Bishop of Sofia and President of the Bulgarian Bishops.

As Radio Bulgaria reported last week, the bill – sponsored by the conservative GERB, the Bulgarian Socialist Party, and the ethnic Turkish Movement for Rights and Freedoms – seeks to “prevent interference of foreign countries, institutions and persons into religions and religious affairs”. The real target of the draft law, though, is the agents of radical Islam, for which reason “placing all confessions under the same common denominator is an act of discrimination”, according to Atanas Slavov, Professor of Law at the University of Sofia.

In an interview with SIR, Proykov also called the draft legislation “discriminatory” and said it would “place some confessions in a privileged position to the detriment of others… left without vital financial support, especially donations from abroad”. Specifically, the only religions to benefit from the new proposal would be Orthodoxy and Islam, which represent 60% and 8% of the population respectively, compared to the Catholics, at 0.66%, and Protestants, at 0.87%. Beyond the funding, too, the stipulation that foreigners who wish to celebrate religious services be authorized by the Directorate of Religious Affairs “further complicates the situation”, according to Proykov, “as the majority of Catholic priests in Bulgaria are not Bulgarian citizens, and all priests, including Bulgarians, have completed their academic studies abroad because in Bulgarian there are no faculties of Catholic theology”.

Even though they would benefit from the new law – and that to the tune of some 7.5 million and 5 million euros in 2019, respectively – the Orthodox and the Muslims have also expressed reservations about the legislation, with Orthodox spokesman Father Nikolay Georgiev going so far as to hint at his denomination possibly sponsoring the Catholic Church in the future. “We cannot strip a confession of its rights just because it represents a minority”, said Georgiev. In the meantime, Slavov has urged politicians “to reflect” before making a final decision, recalling that “reaching a balance between national security and religious rights requires serious dialogue”, a point that requires even more attention now that Bulgaria holds the rotating presidency of the Council of the European Union.

Revealing himself to be “deeply worried” by the “dangerous and infelicitous” draft legislation, Proykov added: “The legislative proposal is a sad reminder of a bygone Communist past, which we believed would no longer return”. “The text of the draft law on religious communities has many controversial aspects that fail to take into account the particularities of each confession”, lamented the Bishop of Sofia. 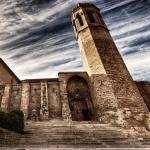 May 21, 2018
Proxy Battle of Catalonian Independence Leads to Church "Rebellion"
Next Post 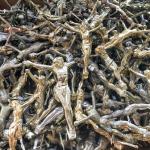 May 28, 2018 Chaos in Bavaria Over Law Mandating Crosses in Public Buildings
Recent Comments
0 | Leave a Comment
Browse Our Archives
get the latest from
Catholic
Sign up for our newsletter
POPULAR AT PATHEOS Catholic
1

The Poor Victim On The Cross And The...
The Son of God assumed human nature to become the Son of...
view all Catholic blogs
What Are Your Thoughts?leave a comment
Copyright 2008-2021, Patheos. All rights reserved.