A full-blown numbers crisis has beset the Archdiocese of Cologne. According to official figures published June 30, Germany’s largest local Church is losing 17,500 members each and every year – “mostly through more deaths than baptisms”, it wryly notes – and by 2030 expects its full-time pastoral workers – priests, deacons, and lay officials – to have been reduced by over half in number, with a median age of over 50.

Not only are church membership and vocations in Cologne on a rapid downward trend, but the faithful that do remain are also attending Mass and receiving the Sacraments less and less. The only figures on the way up are Church expenditures, which the archdiocese anticipates will “in a few years” exceed income from the lucrative German “Church tax”.

In the face of what he called the “erosion of Church life”, however, the Archbishop of Cologne called the faithful to stand fast in “believing that we have a future as the Church of Cologne”. In comments published on the diocesan website, Cardinal Rainer Maria Woelki said he felt “encouraged” by the fact that many Catholics are still “looking confidently into the future despite the challenges”. “It is crucial to stay on the path towards God”, added the cardinal. “Uncertainty is without a doubt part of our situation, but we must work together to develop a vision for our church that will allow us to bravely break in the future“.

As to what this brave new world for the Archdiocese of Cologne will look like, Woelki encouraged the faithful to “look to and learn from our past and present with… attention and an honest heart”. The aim of such a self-critical analysis of the facts, he said, is “to deal with them, and to be positive”. “We can believe in a growing church, because it is God himself who makes it grow”, explained the cardinal. “But that doesn’t work without us”.

And indeed, the self-criticism in the Church of Cologne has already begun, with an archdiocesan study also released June 30 that highlights reasons why local Catholics are leaving the fold. While it is true that people are attracted to a “caring”, “communal”, “pastoral”, “spiritual”, “redemptive” and “protective” Church – the six “attachment factors” that the Cologne Archdiocese has determined are most important to the faithful – it is also true that people are turned away by “pompous shows” in liturgy and doctrine “without a real connection to the faithful”.

It is worth remembering, in this context, that Cardinal Woelki has been the leader of the resistance to the proposal – passed in February by two-thirds of the episcopate – that the German Catholic Church should provide for intercommunion with Protestant Christians: perhaps the most pressing spiritual need of the Catholic faithful in interdenominational marriages. Is there a connection between this opposition to intercommunion and the drastic decline in Church membership? In light of his own official figures, perhaps Cardinal Woelki would do well to think about it. 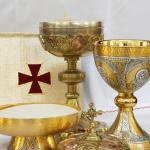 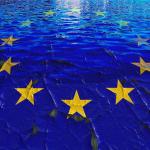 One Friday In Lent, The Papacy...
Thin Places
Related posts from European Communion