“Intolerable” and “unacceptable”. With these reproaches the Swiss Diocese of St. Gallen has condemned the homophobic words uttered August 22 by the auxiliary bishop of the neighbouring diocese of Chur, Marian Eleganti, linking sexual abuse in the Church with homosexuality. “It would be blind to deny that we do have here a problem in the Church with homosexuality and that homosexuality plays… a role” in the abuse of minors, Eleganti told EWTN Germany from the World Meeting of Families in Dublin.

Despite the fact that the 2011 John Jay College of Criminal Justice study – the most comprehensive study to date on abuse in the Church – found no link between gay identity and increased likelihood of abuse, Eleganti insisted with EWTN that “the scandal of abuse shows clearly [that] it is related to homosexuality”. “Perhaps this leads us also to a new sobriety, before we simply regard homosexuality as a valuable variant of creation, just like a heterosexual marriage”, the bishop continued, calling for a “great purification” of homosexuals in the Church.

In a Facebook post August 27, however, the Diocese of St. Gallen bravely expressed its “disagreement” with and “distance” from the statements of Bishop Eleganti, one of the poster boys for Church conservatives due to his support for the “Profession of the immutable truths about sacramental marriage” of last January that condemned the teachings of Pope Francis on the family, most notably in the Apostolic Exhortation Amoris laetitia.

“It is intolerable that the theme of abuse be linked to that of homosexuality”, read the post of the local Church headed by Bishop Markus Büchel. “Such a statement goes against serious efforts to prevent future sexual assaults and to atone for the wrongdoing done to victims. And, in particular, it violates the dignity of homosexual people, and that is unacceptable”.

Eleganti is not the only bishop who has insisted on drawing a link between homosexuality and abuse. The Bishop of Madison in Wisconsin, for example, Robert Morlino, wrote August 18 that “a homosexual subculture within the hierarchy of the Catholic Church… is wreaking great devastation in the vineyard of the Lord”. Eleganti and Morlino, however, are, in their homophobia, in the minority of bishops on this issue, with most focusing their commentary on the sex abuse crisis on calling for repentance and change, not on condemning gay people.

Pope Francis, too – in his Letter to the People of God released after the publication of the Pennsylvania Grand Jury report – made no mention of any link between homosexuality and abuse, preferring to blame the crisis on a deep-seated “clericalism”. A phenomenon, wrote the Pope August 20, that “leads to an excision in the ecclesial body that supports and helps to perpetuate many of the evils that we are condemning today”. 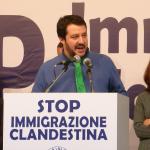 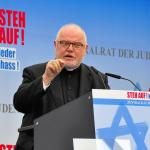 September 3, 2018 Cardinal Marx, Clearer Than Ever: "Nationalism Is Not Catholic"
Recent Comments
6 Comments | Leave a Comment
Browse Our Archives
get the latest from
Catholic
Sign up for our newsletter
POPULAR AT PATHEOS Catholic
1