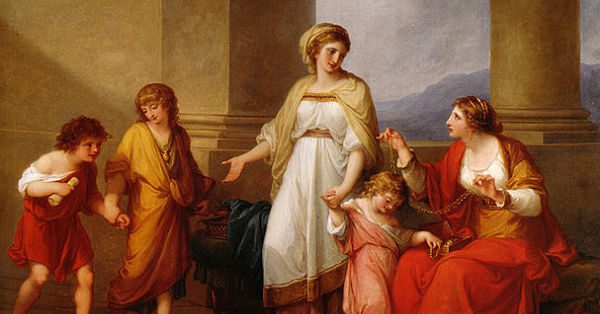 Modern parenting tends to lean heavily on either behavior—what children do—or on education—what children think. A growing number of parents, however, are most concerned with identity—who children become. I know for my wife and me, helping to form the character of our two children is far more important than making sure they follow a list of rules.

So, when my pastor suggested a few years ago that parents could be guided by the ancient list of “seven deadly sins,” I thought he had lost his mind. Traditionally the seven deadly sins include pride, greed, lust, envy, sloth, gluttony, and wrath. Although lists of sins like this have been around since the early centuries of Church history, today they are generally neglected.

However, the more I looked into the real meaning this ancient tradition, the more convinced I became that it could indeed be a powerful diagnostic tool for evaluating our children’s spiritual growth. When complemented with the list of seven cardinal virtues,they provide a practical framework for the process of Christian parenting.

At first glance, using the seven deadly sins could sound like a legalistic way to parent. However, to understand what is meant by a “deadly” sin we need to move from an exclusively legal view of sin and recover the biological view of sin.

Here’s what I mean: When Christians talk about sin today, the emphasis is typically on a violation of God’s law, a specific action which you either commit or don’t commit. A parent’s role in the legal view is to teach children the rules to obey, or else (more likely in our post-modern culture) to assure children that God forgives us when we break the rules. The legal view tends to stress that all sins are equal in God’s sight, which makes categorizing certain sins as more deadly a foreign idea.

In contrast, the biological view sees sin more like a weed growing in a garden. Sin is not just a one-time action, it is a tendency or inclination that takes on a life of its own and grows over time if not eradicated. Thus, we not only need God’s forgiveness, but also God’s healing. Salvation viewed holistically is the ongoing process by which God restores us to the fullness of life we were created to enjoy. Just as some diseases are worse than others, so some sins as more deadly than others because they have more destructive effects on our souls.

Take greed, for example. What begins as a seed of temptation—an urge to grasp on to things, grows into an obsession with accumulating possessions or experiences, and culminates with the deadly fruit of idolatrous materialism. This results in choking out all desire for God in the rush to grab more money, more wealth, more stuff. The single root of greed can have many surface forms: in one person it may lead to outright stealing, while in another it produces the seemingly opposite effect of becoming a workaholic. Thinking through the seven deadly sins enables us to see how these very different symptoms grow out of a common germ. We could apply the same thinking to lust, pride, gluttony, and the other deadly sins.

Which brings us back to parenting: it’s easy for moms and dads to underestimate the seriousness of sin in its “seed” stage. We tend to focus on behaviors that violate the rules, but we can leave unchecked seemingly innocent expressions of pride, or sloth, or wrath, that will eventually become poisonous. If we are to “bring up [our children] in the discipline and instruction of the Lord” (Eph. 6:4 NRSV), we need to become like master gardeners, able to spot weeds and cooperate with the Holy Spirit in removing them as early as possible. A master gardener faithfully and tenderly prunes the garden; he is aware of each variety’s color and potential and desires its full beauty. That’s where a list like the seven deadly sins comes in handy.

Of course, removing weeds alone never made a beautiful garden. We must also plant and water and fertilize the right kinds of seeds. Thus each of the seven deadly sins has a cardinal virtue to be nurtured: humility, generosity, patience, diligence, chastity, kindness, self-control. Here again, the legal view gives us rules to follow to “do the right thing,” but the biological view gives us tendencies and inclinations to be strengthened and developed.

Let’s say you suspect pride is becoming an issue for your son or daughter. Certainly, there are rules to put in place for him, like not bragging or boasting. But there are also practices to encourage which will nurture humility, such as having him acknowledge those who have helped him whenever he is recognized for an accomplishment. More broadly, regular practices such as participation in worship and involvement in service to others provide the kind of soil where humility can grow and pride is kept in check.

Even more important than diagnosing our children, the seven deadly sins guides parents by providing a diagnostic tool for our own hearts. Jesus said, “A disciple is not above the teacher, but everyone who is fully qualified will be like the teacher.” (Luke 6:40 NRSV) In other words, all things considered, chances are your children will turn out to be a lot like you when they are fully grown, which can be a terrifying thought for any honest parent. Yet, it can also be a source of hope: if we are willing to confront the sins in our own hearts, we can have confidence that our children will also be able to escape those deadly traps.

Ultimately, what we call parenting is really a cooperation with the Holy Spirit in the process of sanctification—the gradual forming of the heart into the loving character of Christ. As a checklist to measure our progress along the way—our children’s, and our own—we could do worse than the ancient tradition of the seven deadly sins.

Ken is co-author, along with Dr. Patrick M. Quinn, of the book How to Ruin your Child in Seven Easy Steps: Tame Your Vices, Nurture Their Virtues which shows how the tradition of the 7 Deadly Sins and 7 Cardinal Virtues provide an ancient parenting model for the modern-day parent. Patrick and Ken serve on the staff of Frazer United Methodist Church in Montgomery, Alabama. Patrick is a father of three and a foster parent, and Ken is a father of four.

June 24, 2015 SBC and Same-Sex Marriage: A Return to Relevance.
Browse Our Archives
Related posts from The Evangelical Pulpit 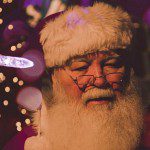 Evangelical
Santa and Jesus—is there room for both?
The Evangelical Pulpit