A Ministry Mother’s Hall of Shame 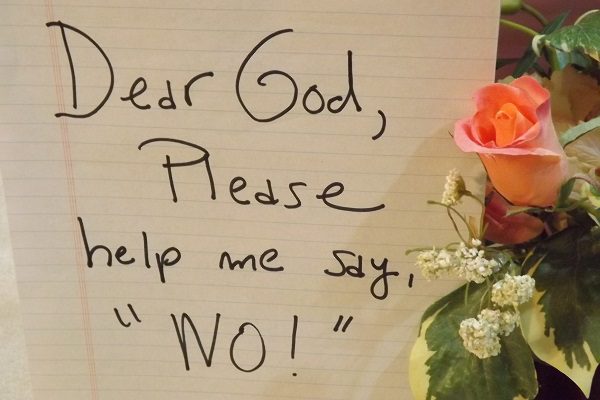 You might be a female pastor, pastor’s wife, ministry director, or dedicated church volunteer, but you’re also a mother. The two items you have in common are Kingdom responsibility and kids. Unfortunately, these two valuable commodities are not always compatible.

Being a busy mom isn’t easy. It’s not even close to the storybook family that Facebook and Pinterest photos often misrepresent. According to the Barna Group’s FRAMES project, 76% of women in our nation reported to overall satisfaction in their lives, but this data is a lot like posed social media pictures.

When Barna researchers unpacked the 2013 survey, the reality is that 62% of moms with children in their household are “dissatisfied with their balance between work and home life…Eight in 10 moms (80%) feel overwhelmed by stressed…and seven out of 10 (70%) say they do not get enough rest…”

There’s additional pressure for women in any type of ministry to not only be Supermom, but God’s Superwoman caring for anyone crossing their path. Long ago, I tried to be a female superhero myself, while working in ministry and juggling the task of being the single mother of an adolescent. First, I was the owner/operator of a faith-based thrift store and an evangelistic speaker. Later, I joined the staff of a Christian television ministry. Both of these public placements exposed me to countless people who demanded lots of attention.

Sadly, my tween son was also in a season of requiring a tremendous amount of my time and energy. Something I wasn’t capable of providing, because I was too exhausted taking care of everyone else. If you google the words, “Superwoman” and “God” it appears quite a few faith-filled female bloggers face this same quandary.

The children our Heavenly Father entrusted us with; to teach, to love, and to support in finding their way, should be our first priority. Yet the woman sobbing about a broken marriage or wayward prodigal stops us dead in our compassionate tracks. We take time to listen, while our children wait for us to see their needs.

This scenario leaves us torn. What would God want from us? How would He orchestrate the scene so that everyone wins? Truthfully, I’m not sure.

I only know that two decades ago, I stood in the aisle after a church service listening to a desperate lady whom I’ll call Betsy. My pre-teen son asked me something several times, but he didn’t take precedence, not being distraught like Betsy. *Josh was used to me ministering to heartbroken individuals, and adept at knowing when their situations trumped his own. He was usually patient, but he had grown increasingly frustrated.

I drove this troubled sister home, with my boy in the back of the van. She couldn’t stop venting, and because Josh was silent, I thought all was well. When I dropped Betsy off, I looked at my precious child and with horror realized that he had clawed his face with his fingernails leaving long red scratches on both cheeks.

Speechless, I frantically questioned Joshua about the marks, while gazing into his greenish-blue eyes that looked eerily calm.

“I was hungry,” he said hanging his head in dejection. “I tried to tell you that I was really hungry.”

The angry scratches weren’t about Josh’s lunch being late again. Instead they were about me always putting him last. That day, I realized that everyone else might think I was God’s Superwoman, but I was on the bottom of the Supermom list.

Proverbs 31 Ministries president, Lysa TerKeurst offers sound advice to women entrenched in what I call the Superwoman complex. In her 2014 book, The Best Yes: Making Wise Decisions in the Midst of Endless Demands, she addresses this by writing, “Saying yes all the time won’t make me Wonder Woman. It will make me a worn out woman.”

TerKeurst has five children and a national platform that leaves her vulnerable to the attacks that can come to moms who step out in ministry. In a previous book, Unglued, the transparent encourager tells the story of a former friend who criticized her for being in ministry while raising children. TerKeurst doesn’t back down that she’s called, but with candor admits that it can be a difficult juggling act.

Many women can probably relate to the tightrope tension produced by attempting to be a nurturing mother, while meeting the constant demands of those you are called to minister to. There’s an established identity of what a caring church leader should look like, which can set us up for a people-pleaser workaholic role. Some church hierarchies even promote and wrongly label unbalanced workaholism as spiritual devotion.

Erroneously motivated by a desire to be accepted and valued will also leave us without boundaries and robbed of all our emotional energy. Still, we don’t say, “No” fearing we won’t be, who people want us to be. In my own book, Seeds of Hope for Survivors, I share how trying to fulfill the expectations that I saw in the eyes of others caused me to eventually experience the kind of ministry burn-out and debilitating physical exhaustion that only God can heal.

When I read TerKeurst’s The Best Yes…, I wondered if learning to appropriately say, “No” early on in ministry might have prevented my own battle with burn-out. After all, when your job involves ministering to others, it revolves around, “God,” and unfortunately most of us don’t have any idea how to say, “No,” to God.

But it’s not our Heavenly Father who wants to wring us out like a discarded dishrag. It’s not the troubled folks who are struggling with issues either. They are simply desperate for some relief. Yet we have to be healthy enough spiritually and emotionally not to think that it’s our mission to fix them. That’s God’s business often working through a referral to a professional Christian counselor or a church recovery group.

Twenty years ago, I learned this truth quickly when I realized the horrendous emotional pain my own child was experiencing. I stopped caring about my Superwoman image. I sought guidance immediately through pastoral counseling, and instituted healthier boundaries. I didn’t stop trying to minister to broken folks; I just made our environment a protective sanctuary, sought balance in my schedule, and let my son know that his needs came first.

Of course, I apologized to Josh. Not that long ago, I apologized again since he is well into adulthood. It’s crucial that my son whose name I changed in this article for privacy reasons, realizes that I was wrong, not about serving others, but about my priorities.

Ministry moms with grown children will readily tell you that those little ones who might seem to be holding you back from doing God’s best work, actually are God’s best. They will be young so briefly. When you nostalgically look back on all the things you have accomplished on this Earth, being a mother will have been the most significant and rewarding job you will ever have. 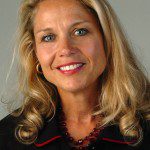 Christina Ryan Claypool is an award-winning freelance journalist and speaker who has been featured on CBN’s 700 Club and on Joyce Meyer Ministries’ Enjoying Everyday Life TV program. She is the 2011 $10,000 1st Place National Amy Writing Awards recipient, and a 2014 Chicken Soup for the Soul contributor. She has an M.A. in Ministry from Mount Vernon Nazarene University, and her website is www.christinaryanclaypool.com

October 1, 2015
When You’re Sick of Saying It, They’ve Just Heard It
Next Post