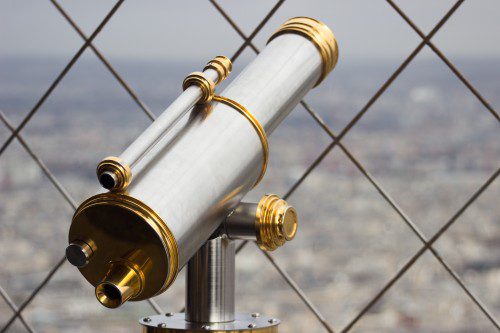 Brad Bird’s Tomorrowland was initially panned as “George Clooney’s global warming shaming,” but it has much greater aspirations than simply an environmental agenda piece. Roger Ebert recognized a broader ambition when he termed the movie “overreaching, basically Marxism Lite.” Oliver Gettell or the L.A. Times gets a bit closer, I think, when he observes that Tomorrowland is “a deliberate phooey to the kiddie carnage of movies such as ‘Transformers’ and ‘The Avengers,’ which frighten children about the apocalypse before they can even spell the word.”

But the villain of this story is neither environmental irresponsibility nor the barrage of “plague–flood–road warrior–kids-killing-kids movies,” as evidenced by a few well-placed lines [spoiler alert] of David Nix’s evil villain monologue, brilliantly delivered by Hugh Laurie.

Nix admits, “to save civilization, I would show its collapse.” But he doesn’t get the response he initially desired. Instead, he laments, “How do you think people responded to the prospect of imminent doom? They gobbled it up like a chocolate eclair! They didn’t fear their demise, they re-packaged it. It could be enjoyed as video-games, as TV shows, books, movies, the entire world wholeheartedly embraced the apocalypse and sprinting towards it with gleeful abandon. Meanwhile your earth was crumbling all around you.”

Nix speaks of a global embracing of an apocalyptic mindset, but argues against it, offering, “in every moment there’s the possibility of a better future, but you people won’t believe it. And because you won’t believe it you won’t do what is necessary to make it a reality…you dwell on this terrible future and you resign yourselves to it for one reason, because that future doesn’t ask anything of you today.”

It is a call to action, but one that is rooted in a particular kind of thinking. Clooney’s Frank Walker provides the coup de grâce: “It isn’t hard to knock down a big, evil building that’s telling everybody that the world’s going to end. What is hard… is figuring out what to build in its place, and if we’re going to do that… we can’t do it alone. We’re going to need all of you.”

So, what is the big evil building that’s telling everybody the world is going to end? Is this merely a metaphorical knock on the apocalyptic opportunism of Hollywood? That would only be dealing with a symptom. It is not the action that is the primary problem, it is the thinking that leads to the action that is in view.

In 1967, Lynn White Jr. cast the blame for ecological crisis on a Judeo-Christian way of thinking. Specifically he suggests that the Western interpretation of Genesis has led adherents to conclude that the earth is made to serve man’s purposes, and that humanity has been self centered in its use. In a similar way, Tomorrowland offers a critique of apocalypticism as the denial of the possibility of a better future. Hollywood didn’t invent the apocalyptic premise, but has illustrated some of its implications. The real problem here is not Hollywood, or the book of Genesis – Tomorrowland takes aim at inferences drawn from the book of Revelation. But just as was the case with Lynn White Jr. and Genesis – the blame is misplaced on the oft-misunderstood book.

Revelation indeed describes future cataclysmic destruction of large portions of humanity and the earth, and is by definition “guilty” of apocalyptic thinking. But Revelation presents a future dawn of new heavens and new earth (Revelation 21:1) that is not the product of scientists and other gifted people banding together, but is rather the product of a God who never left, and who has long been working out His narrative. The story actually ends quite well, with paradise restored – especially for all who respond to the call to believe in Him (John 3:16). Thus, it isn’t actually the book of Revelation that is the problem – no big evil building here. In fact, the book itself offers blessing for those who hear and heed the prophecy of the book (Revelation 1:3, 22:7, 9). It is a call to action, not a justification of inaction.

The big evil building is wrong ideas, and those wrong ideas lead to inaction. On the other hand right ideas compel us to do good to all people (Galatians 6:10), to be alert and sober (1 Thessalonians 5:5), and to be always prepared for action, fixing our hope completely on the grace to be delivered at the apocalypse of Christ (1 Peter 1:13).

Tomorrowland asks the right questions in entertaining and well crafted fashion. That it doesn’t seem to latch onto the right answers doesn’t diminish from its storytelling quality – it is a fun, thoughtful movie (with language typical of a PG rated movie). Hopefully, those that enjoy the story will think deeply about the questions Tomorrowland raises, and will try to answer those questions thoughtfully and unencumbered by hasty generalizations and clichés that so often arise in apocalypse-talk. 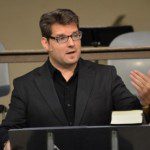 Dr. Christopher Cone serves as Chief Academic Officer and Research Professor of Bible and Theology at Southern California Seminary, and as a pastor of San Diego Fellowship of the Bible (SDF) in San Diego. Dr. Cone formerly served as President of Tyndale Theological Seminary and Biblical Institute, Professor of Bible and Theology, and as a Pastor of Tyndale Bible Church. He also has held teaching positions at the University of North Texas, North Central Texas College, and Southern Bible Institute. Cone is the author and general editor of several books, including Gifted: Understanding the Holy Spirit and Unwrapping Spiritual Gifts. He writes at www.drcone.com. 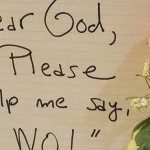 October 7, 2015
A Ministry Mother’s Hall of Shame
Next Post 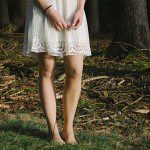 October 28, 2015 How Modesty Became My Frenemy
Browse Our Archives
Related posts from The Evangelical Pulpit